Artist of the Week: Allison James 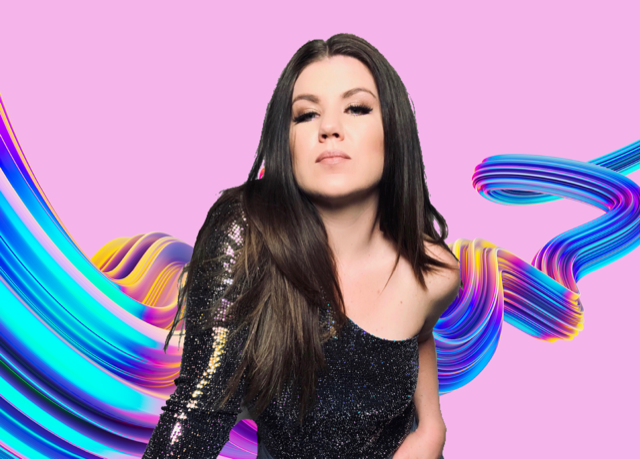 For Allison James, music has always been a constant in her life. James, a senior at the University of Utah, was first interested in singing and playing the piano as a child, and now she is an accomplished musician and singer-songwriter, has also created her own record label and has recently published a songwriting guide book.

“Music was always played in our house growing up and my mom sang to me a lot as a child. When I was seven, I told my mom I wanted to be a singer, so she took me to a vocal teacher who told me I should learn to play the piano to get some foundational knowledge of music. Luckily we had a piano — an old upright player piano with chipped keys — and I went right home and started to teach myself with my sisters’ old piano books,” James said. Growing up, James continued to take classical piano lessons, participated in her school’s choir and took voice lessons with Dean Kaelin. Now, she’s working with Tøda, the producer of her most recent work.

James has clearly always been passionate about music. “It’s what fuels me and gets me excited. I’m fascinated with all parts of it,” she said. At the U, James is majoring in Writing & Rhetoric and has a minor in Music Technology. As James has balanced her music career with being a student, she said, “It’s been busy, but worth it! I have had to take a few breaks here and there, but I’m so excited to be finished next spring.”

In 2013, James was the RAW Artist runner up for the RAWards Salt Lake City Musician of the Year, and she worked for a year as a Dueling Pianist at The Tavernacle in downtown Salt Lake City. In her music career, James has performed in New York City, Florida and all over Utah.

As her latest adventure, James has written a guide entitled, “How to Write a Song on the Piano.” James shared that this book actually began as an assignment for one of the classes within her Writing & Rhetoric major. “The assignment was to create a set of instructions for a corporation or community you were involved with. I couldn’t imagine what set of instructions I could possibly give to the music community. I had mentioned it to my mom, who is my manager, trying to get ideas about what to do, and she said, ‘You certainly know how to write a song!’ At first, it seemed like it was going to be impossible, but it worked,” James said.

When James first started this assignment, she realized that a songwriting workbook of this kind didn’t exist, but in her work teaching other students about music, she had already developed a songwriting technique for her students to use. James said, “After many revisions and tests with more users, I had my published version. I decided to reach out to major sheet music publishers, in the chance they would distribute it for me and Willis Music & Hal Leonard were interested! It was so exciting to get that email. We made a few more revisions, to make it the best possible songwriting workbook and it was released January of this year.” She added,  “A cool little side note is that the old piano book of my sister’s that I used to begin teaching myself piano, was a John Thompson piano book, which was and still is published by Willis Music. It’s so fun that it all came full circle, and I am now a published author with the same world-wide publisher of the first piano book I ever picked up!”

James created her own publishing company, AJ Publishing Worldwide for the music side of publishing, alongside the record label she created, AJ Records. James is truly an independent artist, and she created these organizations in order to have complete control over her career. With her record label, James said, “It’s a lot of work, but I know it will be worth it in the long run. I needed a place of my own that would own my masters and that’s why I created AJ Records. I hope to be able to sign other artists in the future to my label, all while creating a fair and equal workspace, especially for women in this industry.”

At the moment, James is slowly releasing a collection of eight singles. With this new set of songs, James said, “I wanted to make some feel-good music that makes you want to dance and move a little bit.” Her latest releases lean further into the pop genre than her previous music, but her signature R&B and soul influences are still present. James decided to release all of these singles separately, without an album capsule, to allow each track to stand independently and receive focused attention.

As James was growing up, her idols were Celine Dion, Christina Aguilera, Aretha Franklin and Whitney Houston — and their voices are clearly present as strong influences on James’ music.

James’ music is available on all major streaming platforms, and her book is available on Amazon and everywhere books are sold online. Her upcoming single releases will be supplemented with YouTube videos about how each song was created.

This article was corrected to display Allison James’ current producer as Tøda, not Dean Kaelin, and AJ Publishing Worldwide as the publishing company for music, not books.