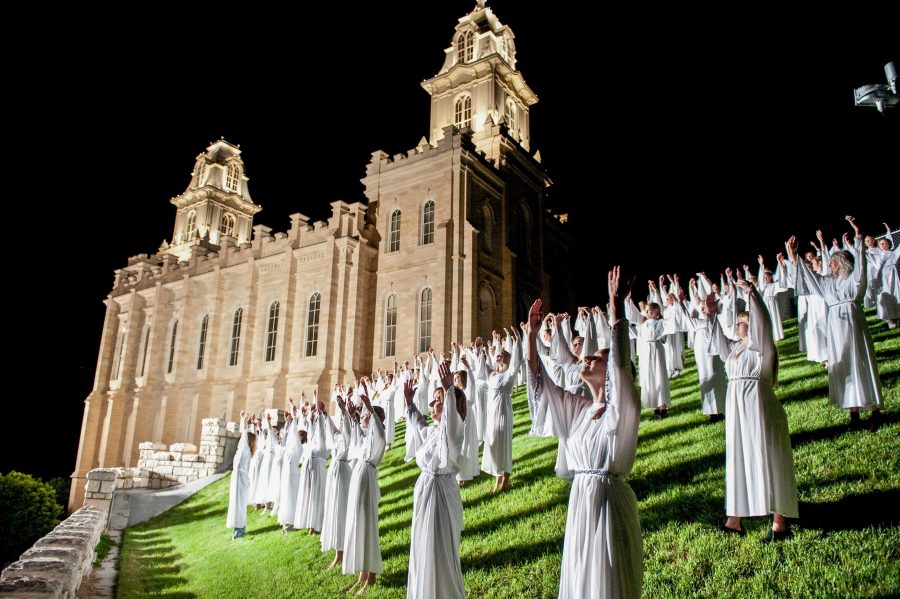 In the June 1976 edition of the Ensign Magazine, D. Michael Stewart, a historian at BYU, chronicled a prophecy said to have been made by Joseph Smith in 1840, “This nation will be on the verge of crumbling to pieces and … this people … shall bear the Constitution away from the very verge of destruction.” The “White Horse Prophecy” has traditionally been referenced whenever Mormon politicians have sought the presidency, but now it bears an uncanny resemblance to the current political situation. A recent article detailed both presidential campaigns’ efforts to court members of the Church of Jesus Christ of Latter-day Saints, and it boldly claimed that the Mormon vote in Arizona and Nevada could end Donald Trump’s presidency. By voting for Joe Biden, members will not only be “actively involved in making [their] community the best possible place,” but they will also be acting in defense of the Constitution to fulfill the White Horse Prophecy.

The effects of climate change have been felt across the country from the wildfires along the west coast to an unprecedented hurricane season in the gulf coast. Hundreds of thousands of Americans have been displaced by this extreme weather, and since Trump does not believe in climate change, this number will only balloon under him. If current climate trends are allowed to continue, 200 million people will be displaced worldwide by 2050. Biden, however, has proposed a plan to curb climate change and protect American lives. Under Biden’s leadership, 2050 will mark the United States’ achievement of net-zero emissions — rather than having to face a global effort to resettle an overwhelming number of climate refugees. Environmental stewardship is a “moral imperative,” and electing a candidate with an ambitious but achievable plan for fighting climate change should be a priority for Mormon voters.

Another core priority of the Biden presidency will be addressing the COVID-19 pandemic. Upon taking office, Biden will replace the patchwork of state-led pandemic responses with a federal strategy for testing, contact tracing and shoring up the medical supply chain. The Biden administration will also promote “clear, consistent, evidence-based” guidance presented to Americans by health officials, instead of politicians or policy advisors. In contrast, Trump dismantled the United States’ established pandemic response team and downplayed the impact of COVID-19. He also continues to ignore safety measures and continues putting American lives at risk. With nearly 200,000 Americans dead, members can care for their communities and country by voting for a leader who will address the pandemic instead of pretending it will disappear “like a miracle.”

Less than a month after taking office, Trump began his assault on the Constitution by declaring the media to be the “enemy of the people,” a phrase used by autocrats seeking to minimize dissent. This assault on the freedom of the press escalated — reporters and media outlets were punished for pieces deemed unflattering to the president. For almost four years, Trump has ignored our country’s laws and constitutional customs on countless occasions, including meddling in the Department of Justice for political gain and undercutting confidence in our elections. As Trump’s flagrant disregard for the Constitution has inflicted damage to our country’s foundational institutions, members must vote against his second term to preserve the freedoms, including religious freedoms, outlined in our nation’s founding document.

Ronna McDaniel, the Republican National Committee Chair and a member of the LDS Church, argues Trump is more attractive to Mormon voters now than in 2016 because of his record on religious issues.  But as Trump is only ever religious for political gain, his so-called “religious record” does not hold up under any scrutiny. More than two years before Trump took office, church leadership denounced his call for a Muslim ban. A week after taking office, Trump enacted the Muslim Ban which has yet to be struck down by Congress or the Supreme Court. More recently, Trump drove peaceful protestors away from St. John’s Episcopal Church with tear gas and rubber bullets so he could pose with a Bible in front of the church. The Episcopal bishop of Washington, Right Reverend Mariann Budde, condemned Trump’s political photo-op as “abuse of sacred symbols.” Jesus repeatedly warned his followers to “beware of false prophets, who come … in sheep’s clothing, but inwardly … are ravening wolves.”

According to pollster Mike Noble, the deciding factor for many Mormons choosing between Trump and Biden is whether or not they can “stomach Trump’s erratic behavior.” No true disciple of Christ can stomach voting for a man who has downplayed crises at the cost of human lives and who has threatened democracy for personal gain, and enacted a religious travel ban. In defense of our neighbors and country, every eligible member of the church must vote for Biden. This action will veer our country away from the edge of destruction, fulfilling the White Horse Prophecy and preserving our own integrity.