Fire Breaks out in Neff’s Canyon 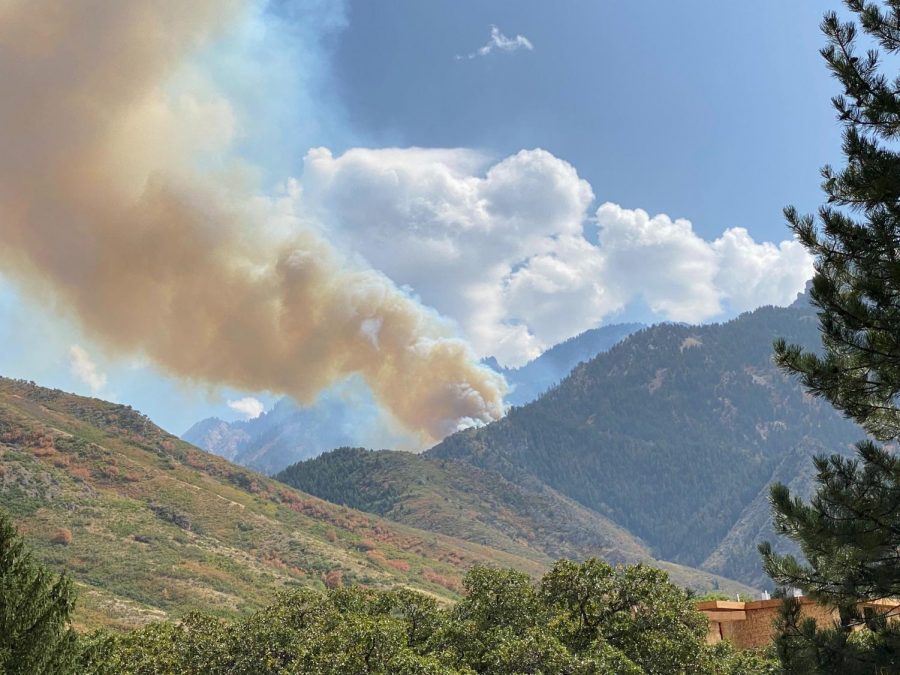 A fire was reported just after midnight on Sept. 22 in Neff’s Canyon by Mt. Olympus in Salt Lake City. Firefighters began working early this morning and approximately 80 are still working, in addition to aerial support.

Both the cause of the fire and the status of containment are still undetermined. Moderate growth was reported by the Utah Fire Information on Twitter at 2 p.m.

An updated acreage report will be addressed tonight according to Forest Service Public Information Officer Jennifer Hansen, but she said the fire is growing eastward, away from the community.

This morning, KUTV reported the fire has burned about 20 acres. Locals are encouraged to avoid the Neff’s Canyon trailhead area as firefighters head into the canyon there.

Information has been slow because of the focus on fire suppression according to Hansen, but a fire investigator is at the scene and she expects an update on the cause of the fire tonight.

This is the second fire within one week in the greater Salt Lake City area, after the Connecticut Fire that started last Monday in Dry Gulch. Hansen said that this fire will be a “different scenario” than the Connecticut fire because of heavy fuel conditions. In Neff’s Canyon, the fire is burning in an area of heavy timber and brush. Last week’s fire burned in the grass.

“[The fire] was reported at midnight last night and stayed active burning through the night, and that’s not very typical,” Hansen said. “Usually there’s cooler temps, especially in the desert.”

According to Hansen, firefighters usually get some reprieve during the night as the relative humidity increases, meaning that there’s more moisture in the air. When the day broke this morning, the clear skies and previous severe drought conditions caused fire activity to pick up.

“I looked outside and saw this blaze just going up in the back of my yard,” Keifer said. “You know how fast fire spreads so I got very concerned and scared.”

Resident Chris Bills said he isn’t frightened by the fire currently because his home isn’t as close.

“It’s just part of the natural order,” Bills said. “This is how nature renews itself. Sometimes we want to get in and steer nature and intervene, but…this is the forest managing itself.”

This is a breaking story. More information will be shared as it becomes available.