Poma: LDS Members Must Do More to Fight Racism 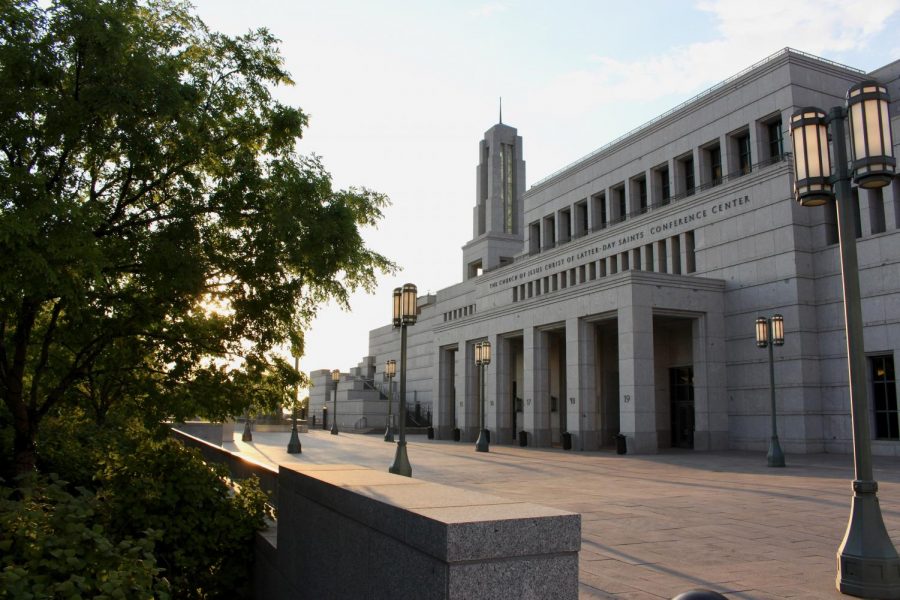 Conversations surrounding racism and the 2020 election have prompted many institutions, including the Church of Jesus Christ of Latter-day Saints, to reevaluate their stances and actions against racism in our communities — and rightfully so. The church and the National Association for the Advancement of Colored People published an op-ed on Medium stating that they’re joining together against racism in the church community and beyond. But given the church’s history with racism, it’s not a surprise that many found the co-written article disingenuous and have called the church to fight the issue beyond kind words. The Salt Lake Tribune noted that “Wil Colom, special counsel to the NAACP president, said the group ‘hasn’t seen very much’ progress on joint projects.” Therein lies the issue. It’s going to take more than a leadership-approved opinion piece for LDS members — not just the church itself — to make real progress towards racial justice. It’s up to them to individually evaluate their practices and be actively anti-racist.

We all know it’s extremely difficult to separate the relationship between church and state here in Utah. But in the current sociopolitical climate, it’s essential for that relationship not to continue to dictate Utahns’ attitudes toward racism, LDS or not. Just as racism should never have become a systemic issue in the first place, it also should not become a religious issue either. When it comes to race, it’s not a matter of conservatives versus liberals or Mormons versus non-Mormons — people’s lives are on the line. We shouldn’t have to rely on the institutional church to get Mormons in Utah to take action.

A positive relationship between the LDS church and the NAACP sends a good message and might provide hope to the rest of the community during turbulent times. But changes in the church and in Utah can only come when members acknowledge the organization’s shortcomings, adopt a nuanced understanding of its scriptures and apply its Christian doctrine of love out of a genuine desire to be a better person.

Church leaders can give numerous speeches on ending racism and call it sinful. But those speeches are meaningless unless individuals make tangible behavioral changes to become anti-racist — which should happen with or without pressure from their religious leaders — it would look very bad for someone to say they only love their neighbor because their prophet or bishop says they’re supposed to. It’s also an issue when the church itself has a racist past and present that members may view as justification for biases against people of color. Regardless of the church’s history or current inaction, though, it’s not impossible to embark on a journey for change. And there are plenty of examples that the church and the general public should note.

At Brigham Young University, the Black Student Union recently called for the names of past leaders who held racist views to be removed from buildings, and a church apostle has encouraged members to fight against racism so long their actions are constitutional. Some might take issue with that stance, but it’s still a step in the right direction. People actively taking a stand against racism within the church should be the ones we look to for hope — not because they are LDS, but because they actually care about Black lives and recognize the seriousness of racism.

A person’s religion doesn’t need to completely dictate their actions. We all make conscious, personal choices about how to live. That’s not to say that our religious beliefs shouldn’t matter, but it’s important to be honest and self-reflective. It’s time for members of The Church of Jesus Christ of Latter-day Saints to evaluate their standpoints and opinions apart from faith — or in line with it, if they really believe in the Christian principles of equity and love — and understand that every individual is called to fight against oppression of all kinds. It’s okay that the church made mistakes in its history, but it’s not okay to continue to uphold or ignore those deficiencies either.

The views of your religion or political party should not be your only compass for life. It’s great to believe in something and hold certain values. But your institution’s failure to act doesn’t give you a moral pass to do likewise. All of us — regardless of faith, race or political standing — can understand that we must actively fight against racism. We shouldn’t have to be called to do it by a prophet or politician. It’s simply the right thing to do.