Alexander: The Nightmare of Being Non-Mormon in Utah 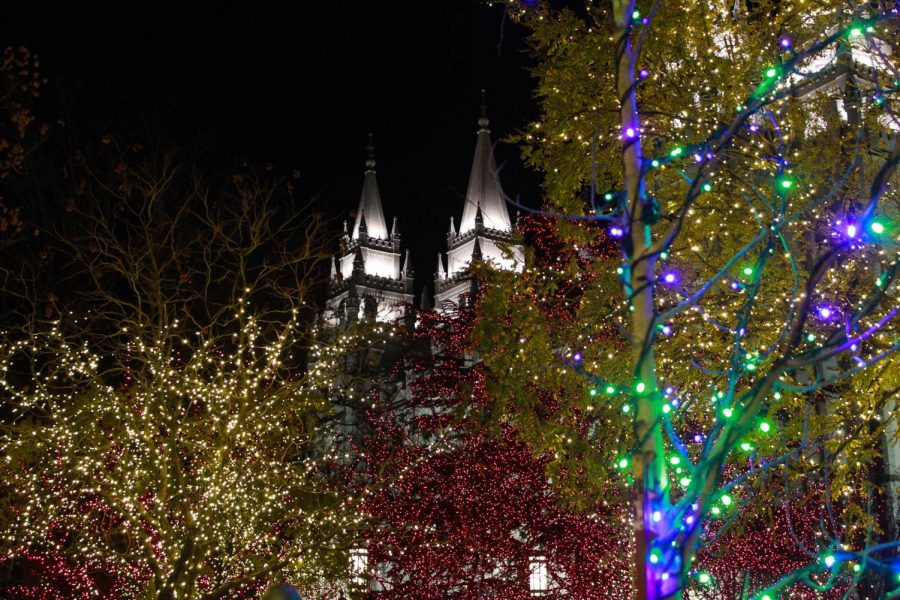 The Salt Lake Temple of the Church of Jesus Christ of Latter-day Saints (Chronicle archives.)

As a military kid, I’ve had some incredible and enlightening experiences. Living in Europe for seven years was life-changing. The people I met held various beliefs and came from a range of cultures. Moving back to the United States was extremely hard. I wasn’t used to such similarities among every person I met. But if moving to the U.S. after my time in Europe was difficult, moving to Utah was nightmarish. I was not prepared for the culture shock of living in the heartland of the Church of Jesus Christ of Latter-day Saints.

In Utah, it seemed like everyone was the same. Same beliefs, same religion, same faces. Already appalled by the utter lack of diversity, I was extremely disoriented by the fact that a majority of my neighbors, classmates and teachers were LDS members, and that they often pushed their beliefs onto me. I had never experienced that before. Whether it came down to my clothes, my future desires or my dream job, I was constantly bombarded with questions, criticisms and LDS beliefs that were not my own.

I am not the only non-LDS person in Utah who has experienced this treatment. This behavior is incredibly unwelcome and often tiresome. We non-members are sick of it. Practicing Mormons need to do a better job respecting other Utahns’ religious values, and not imposing their own.

Utah is its own little bubble. Society here is essentially homogeneous, with 90% of residents being white, 62% being LDS, and 54% being Republican. Of course, the data might vary in different parts of Utah, but the glaring fact is that Utah is not that diverse — and that the homogeneity of the culture here leads to a conformity of beliefs.

Where I lived, in Plain City (an incredibly convenient name for the type of people who lived there), I couldn’t just go with the flow. I had to blend in, religiously and demographically. Teachers and classmates seemed appalled upon learning I was non-LDS. I was greeted with gasps and stares, which only made the situation worse. When I asked questions about the religion, whether about wards or temple garments, I was regarded with suspicion or ridiculed. I felt like an outcast. I white-washed my appearance, straightening and toning down my curly hair. I changed my vocabulary and altered my dress to coincide with conservative Mormon values. I even suppressed my own religious beliefs for fear of disrupting the status quo. My Mormon friends didn’t realize how difficult it was to be a double minority: Black and non-LDS.

I eventually grew to understand that not all members of the Church are equally pushy and that the infuriating behavior of one does not equal the behavior of all. Some of my closest Mormon friends opened up to me, as I did with them, and we were able to share our beliefs, values and experiences with mutual respect. But even with that new understanding, I knew that the extreme missionary culture of Utah Mormonism needed — and still needs — to change for the better.

I’m not entirely sure why some Mormons feel the need to push their beliefs onto others. Maybe their doctrines and missionary stance explain their eagerness to preach their gospel to whoever will listen. Maybe the continuous affirmations of LDS elected officials and prophets perpetuate Mormon culture. Maybe the historical roots of the Church in Utah elevate Mormon practices. But the LDS Church and Utah culture continuously allow and encourage members to hold other people to their own standards, specifically to preserve their own religious and moral comfort (or to keep their prejudices intact).

The devastating impact of this lack of diversity is that we lose a broader sense of a multi-faith, multi-racial community. America thrives and continues moving forward on diversity, new ideas and different perspectives. But with Mormons dominating Utah culture, we can’t even express new ideas without fear of being ridiculed or silenced. We won’t be able to move forward.

That isn’t to say that the LDS Church doesn’t contribute to society. Mormons, even with their domination, have made Utah an incredibly safe and wonderful place to live. But for everyone to feel safe, we need to be valued and respected, especially when it comes to religious and personal beliefs. For practicing Mormons, that means easing up on preaching to or pressuring your unsuspecting non-member neighbors. For non-members, it means relaxing and not criticizing your Mormon friends for their beliefs. If we can find it in us to respect our fellow Utahns’ beliefs, we can make our communities safe and welcoming for all of us.