Even in a Pandemic, Many Utah Teachers Agree Best Place for Students is in the Classroom 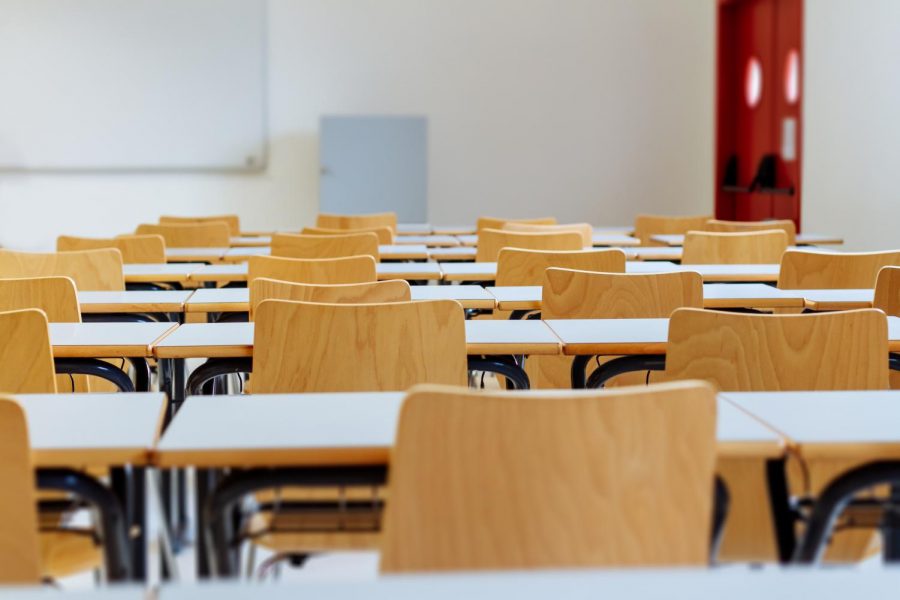 Before many Utah schools were back in session, there was fear, confusion, and protests regarding students’ return. After getting back into the classroom, public school teachers in Utah feel that students belong in the classroom.

Sandy Hokanson is a kindergarten teacher at Brookwood Elementary School and has over 15 years of experience. She, like the rest of the teachers around the country, has been dealing with changes in school policy, district mandates, and ever-changing back to school plans.

“I was very upset and hesitant at first,” Hokanson said. “I did not want to go back to school.”

With a pandemic that’s caused over 200,000 deaths in the United States alone, there was a lot of dispute over the decision to open schools and how the materials would be offered for Fall 2020. Many schools offer multiple options for students including in-person classes, all online, or a hybrid of the two.

Now, a few weeks in, some teachers agreed on the importance of being in the classroom and having interaction with their students.

“I just think that at the end of every day we’re glad our students are with us at school but … we are so tired we just want to rip our masks off and go home,” she said. “But really teaching is not teaching without students in the classroom.”

Schools also have some form of online curriculum for the semester in case a student gets sick.

A teacher at Murray High School, Andy Hokanson, has taught math for twenty years and hasn’t found the online and hybrid options to be as effective.

“Our district is giving students the hybrid option if they want to come Mondays and Wednesdays they also have that option,” he said. “I don’t know that that’s been most successful.”

Policies in the school include constant mask-wearing, sanitation, and contact tracing. Students have required, assigned seating charts 3-4 feet away from the same two people all day – from the classroom to the lunch tables – so that if one of them gets sick, the contact can be traced and limited to the fewest people possible.

“Desks have to be sanitized every day,” Sandy Hokanson said. “Playgrounds can’t be shared with more than one grade level. Recess is extended. Lunchtimes are split up so some students are eating really early around 11:00 while others aren’t eating until 1-1:30.”

Sandy Hokanson worries about the effect these policies and the limitations will have on her students as kindergarten is such a crucial time to emotional development, and a lot of their learning comes from playing with others and picking up on social cues.

Sandy Hokanson says her biggest challenge is time; finding the time and energy not only to teach in the classroom but to then get home and create online lessons that are equally effective.

“I think teachers are really good at adjusting to change and being really flexible,” Sandy Hokanson stated. “It’s always been that way at our job, that’s one thing that we know is that there will be constant change.”

Andy Hokanson agreed, mentioning the difficulty of keeping up the curriculum online as well as in the classroom to ensure that all of his students have a similar experience.

“Teachers are working way harder than they ever have,” Andy Hokanson said. “A lot of my colleagues are putting in way more hours than they have in the past, and they still don’t feel like they are doing enough.”

Their schools also had frequently evolving back to school plans given from the districts. Both teachers mentioned the difficulty of dealing with new plans and lengthy information and emails to keep up with the constant changes.

However, not all of the school district’s teachers or students were happy with the in-person decision: in August alone there were multiple protests and Salt Lake School District delayed the start of school several weeks to configure a plan for its students.

Despite the challenges and the risk, Sandy Hokanson thinks they’re doing the right thing.

“I think for right now going back to school, even if it’s interrupted by wearing our masks-doing what our district suggests … is the right thing to do. Even watching my kids go back to school, they are so much happier,” she said. “We’re just as tired and it’s just as hard on us as it is for the kids. It’s not easy, but we’re glad to be back in the classroom.”