U Administration Prepares for 2020 VP Debate 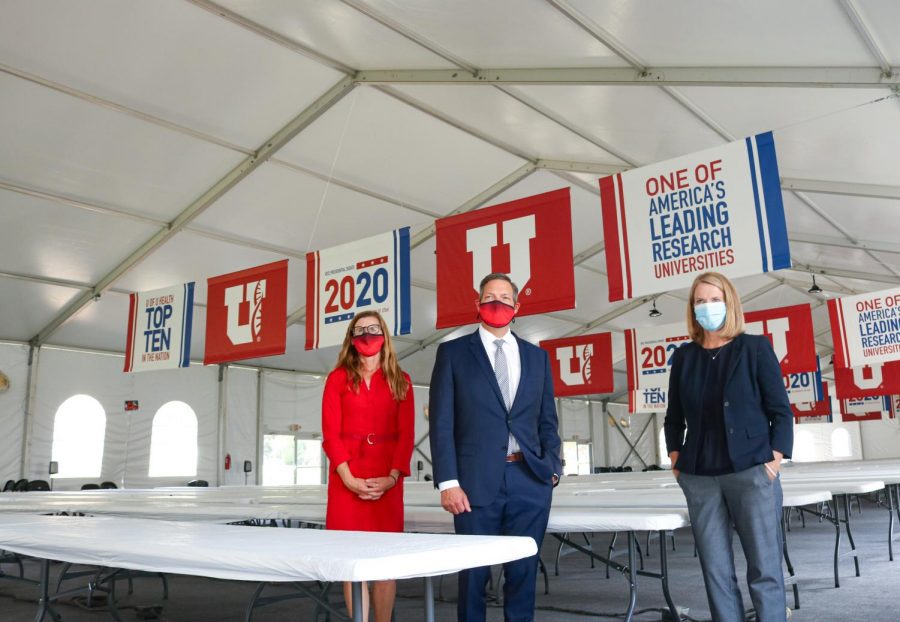 By Ivana Martinez and Kayleigh Silverstein

On Sept. 25, 2020, officials from the University of Utah held a press conference at President’s Circle in Salt Lake City. The debriefing was held with Utah media to discuss a “sneak peek” inside the Vice Presidential Debate which will be held on Oct. 7 at Kingsbury Hall. Jason Perry, the Director at the Hinckley Institute of Politics began the debriefing by addressing ticketing demands. He said ticketing is entirely controlled by the commission of presidential debates. Perry emphasized students’ involvement with the presidential debates throughout the debriefing.

“It has been students at the heart of it. We want our students not just to see such an amazing political event. We want students to become engaged, we want them to become people who are engaged in the political process, throughout their entire lives,” Perry said.

Morgan Lyon Cotti, the associate director of the Hinckley Institute of Politics, said there will be over 300 student volunteers working on over 1,700 shifts on the day of the event.

“This is a Herculean task and we are so amazed and grateful for our students who are really stepping up to the task,” Cotti said.

In an effort to garner more student engagement with the debate, professors have been encouraged to include conversations around the debate in their classes.

“We have everything from architecture teachers or architecture classes, political science, social work, the classics, gender studies— we have classes all over campus, engaging and incorporating the vice presidential debate into their classes,” Cotti said.

Students of all ages from within the state of Utah were also encouraged to submit an essay explaining what they would like to ask the VP candidates.

Alison Flynn Gaffney, with U of U Health, said they have partnered with Associated Regional and University Pathologists laboratory to conduct COVID-19 testing for individuals within the perimeter starting on the evening of Oct. 6 to Oct.7.  Another COVID-19 concern addressed was the number of people who would be allowed in the building during the debate. While the auditorium in Kingsbury hall has a capacity of 1,913 seats, there is no threshold that has been established at this time.

“We don’t have that threshold. So, we are monitoring that on a daily and multiple times a day [basis] to see…if we were to have an alternate plan, that would be in concert with our chief hospital epidemiologists our clinicians, our county, and city Department of Health,” Gaffney said.

Besides students attending and volunteers working at the event,  Perry specified who else will be allowed in the building.

“There will be the people that are essential for keeping us safe, including law enforcement, fire personnel and people associated with the campaigns, we don’t know all those numbers yet,” Perry said.

Marlon Lynch, the U’s chief safety officer, said starting on Sept. 28, there will be additional congestion on the roadways which include the walkways on campus as they begin to set their perimeter for the debate. Lynch said access to campus will become extremely limited.

“The buildings will not have open access, and for those faculty and staff. The expectation is that you can work remotely,” Lynch said.

Some concerns have also been raised about the student protest which will be conducted outside of Kingsbury Hall the day of the debate.

“We understand that there will be those joining us to express those various rights, and that is welcome. However vandalism and violence will not be tolerated, ” Lynch said.

The debriefing ended with Perry showing the gift bags which will be available to students on campus at three separate locations: Kahlert Village, Marriott Honors Community and Peterson Heritage Center while supplies last.