Scott: Young/Dumb is a Case Study in the Power of Platforming 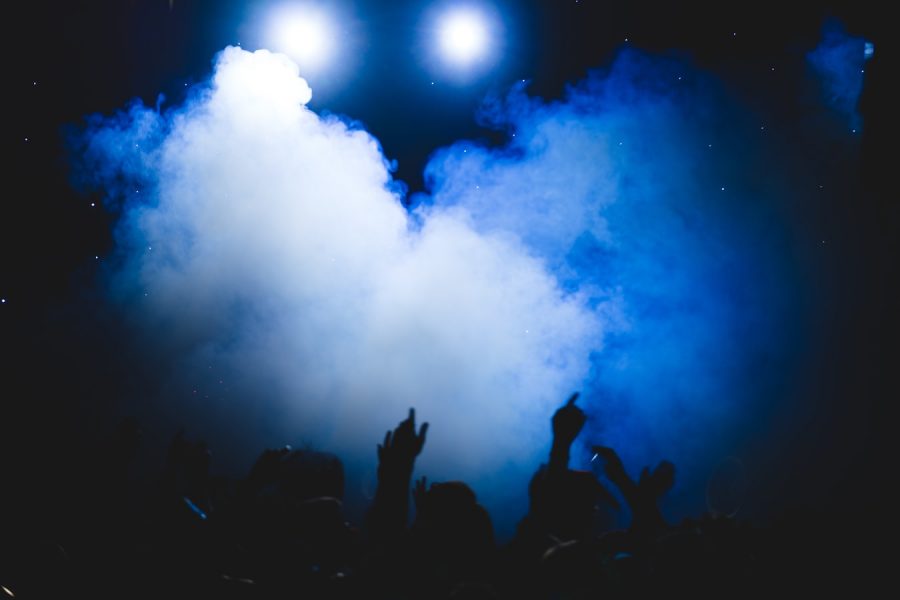 Kwaku El finally struck a nerve large enough to, at least temporarily, rocket his name into Utah politics. El is a co-creator of Young/Dumb, a local event business that has thrown several parties in protest of precautionary measures designed to prevent the spread of COVID-19. To those of us acquainted with El through Utah’s local Twitter scene, this latest controversy is hardly a surprise. He has long been an internet provocateur — and, arguably an on-and-off rising star of the More Good Foundation, Brigham Young University and Provo’s student culture. El’s political views have veered across the spectrum over the years, but his focus on personal brand-building has never faded. And, like many on the cutting edge, he doesn’t mind taking risks.

He also apparently does not mind who he puts at risk by throwing raging (at least by Provo’s standards) dance parties during a pandemic that has so far robbed the lives of more than 200,000 Americans. According to El, “If people are gonna die, they’re gonna die.” These parties are unjustifiable, especially as Utah combats a daunting increase of COVID-19 cases. And I’d wager that El knows this, which is why he uses social media to paint his extremely non-essential business as a martyr, spouting vague but familiar rhetoric involving “the economy” and practicing armchair epidemiology.

It’s exactly the sort of intellectually dishonest, amateur hour analysis that would quickly deflate if it came from a less inflammatory, media-savvy figure. It doesn’t matter that the state has generally been open, that mass death is also bad for the economy or that, ultimately, these random 20-somethings with a fledgling business are hardly the voice of authority for the local business community. Generic “anti-establishment” talking points are peddled and suicide statistics misquoted, because, at the end of the day, this is about building a public profile, not “saving Provo’s economy.” 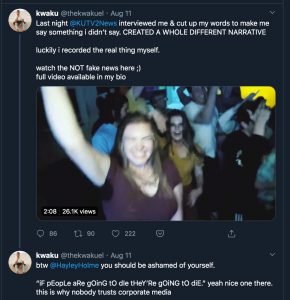 Everyone wants to blame Young/Dumb’s reckless, cringy events for the spike in Utah County (though it’s unfair to assign them full responsibility) and they are willing to boost the company’s profile to do it. Clips of crowded dance floors made the rounds across local social media, churning out constant outrage. El is all over the news, having been interviewed by several media outlets and featured in multiple Salt Lake Tribune stories. And, whenever the coverage is critical, the response is easy: make a snappy video labeling journalists as malicious “corporate media” running “a hit piece” against a couple of college students.

This debacle has generated a great deal of publicity for Young/Dumb. I’d be a hypocrite not to acknowledge that I am now contributing to it myself, but in this case, it’s too late. I can’t confidently say whether we (being journalists and social media users) should have ever propped them up like this in the first place, but the brand is now built. There is a wealth of coverage, much of it unflattering, that will follow the Young/Dumb crew forever. And while that will alienate them in some respects, it has the potential to prove their bona fides as agitators. Political agitators do very well these days, and this situation may just launch the career of yet another controversy-hungry young person willing to stir the pot.

My haters memed me into a lucrative career that lets me travel the country, do what I want, and have a platform to be heard. Thanks so much to everyone that gave me free advertising in 2019. Let's do it again this year. #GunGirl2020

It’s happened before. Kaitlin Bennett (aka the Kent State Gun Girl) and the Krassenstein brothers were all nobodies before going viral, and since doing so, opportunities to provoke and swindle have all but fallen into their laps. Polished provocateurs like Tomi Lahren and Candace Owens have proven that one’s conflicted political record is irrelevant so long as people are kept too angry to notice. Political tensions are high, and there is a market on both sides for intellectually lacking — but aesthetically glossy! — “gotcha” videos. Frankly, it’s difficult to argue that El is not already tapping into it. 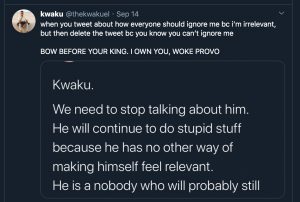 We need to have an honest conversation about how constant social media dragging builds bad actors higher instead of tearing them down. Many of the people who feel scandalized by the actions of El and Young/Dumb have played a significant role in creating their opportunities and sense of power. “Don’t feed the trolls” may be a complicated and often problematic strategy, but at the same time, there is a direct link between years of “Provo Twitter” drama and where El is today.

El is right, there is no ignoring him. And our inability to ignore him has sent him on his way to something far bigger and more outrageous than bothering people on Twitter. The best we may be able to do is take this case as a cautionary tale. Don’t boost people who openly use political talking points to build up hyperbolic, polarizing personas for attention and profit. Don’t enter bad faith arguments that are designed to kick up the dust. Hate following someone is still a follow, and these people do not care whether your clicks and views are ironic or spiteful. All they care about is that they keep rising.