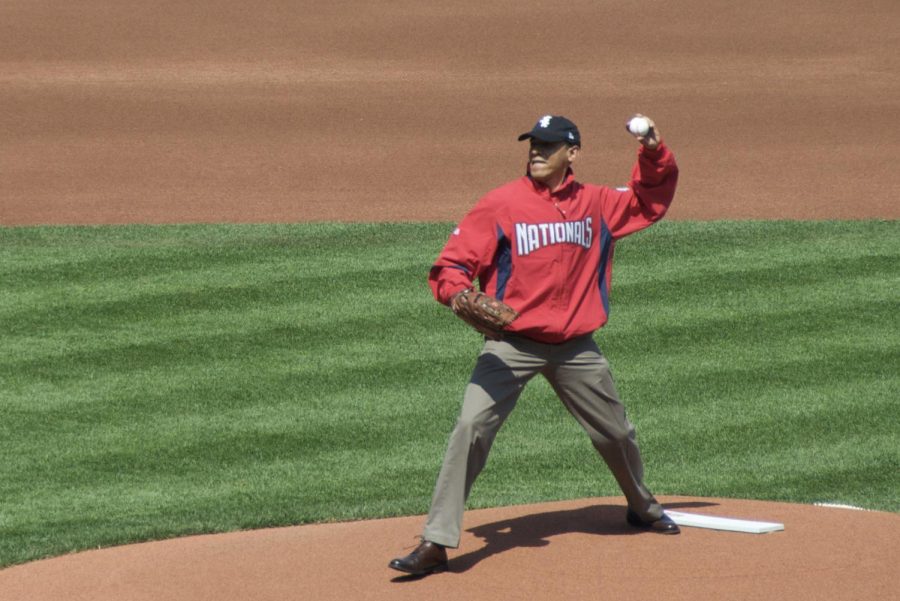 The presidential first pitch is a tradition that goes back to 1910 when President William Howard Taft threw out the first pitch at the Washington Senators’ opening day game. While the first pitch looked vastly different from the first pitches we are accustomed to seeing now, every US President with the exception of President Donald Trump has thrown a first-pitch during their time in office.

That had me thinking. Which president had the best first pitch? To make my decision, I started by getting rid of any president who threw the ball from the stands. Because those are not pitches, those were tosses.

From that small list, I narrowed it down to my top five with one honorable mention.

Honorable mention:
Ronald Regan (1988)
President Regan threw two pitches at a Chicago Cubs game in the spring of 1988. He is just shy of making my top five because he had not one but two chances to have a killer pitch and both times they were just a little bit lackluster. I will say the first pitch was definitely better than the second. The only thing it didn’t have going for it was it kinda drifted off-center. The second pitch on the other hand was a really well-thrown ball, but where the catcher was standing is the other thing that threw me off. Also, why was the catcher not behind home plate? Did he not have faith in President Regan and his ability to throw a ball the full distance?

5. Bill Clinton (1996)
President Clinton threw out six first pitches during his time in office, but the one I wanted to address was the first pitch he threw in 1996 on Opening Day at Oriole Park at Camden Yards. Overall, this was a good pitch. He had the distance on the throw and the lefty sent it straight down the middle. My only knock on this pitch was how high it was.

4. Barack Obama (2009)
President Obama only threw out two first pitches in his time in office. His pitch in 2010 was not good, but the pitch he threw out at the All-Star Game in 2009 was better than the one he would throw the following year. He had the distance and even though the ball looks a little bit low from the angle of the video; he finishes above President Clinton solely based on the sick mom jeans that he was rocking when he threw out the pitch.

3. George H. W. Bush (1989)
The 41st President of the United States threw out four pitches while in office and two more after he left his post. The bar was pretty high for him when he took to the mound. He played baseball at Yale, and the leftie played in two College World Series. But the pitch he threw out on Opening Day at Memorial Stadium in 1989 was good. Distance wasn’t an issue when he threw this pitch out. It was a little high, but sometimes you have to go soft on people and not show off.

2. Jimmy Carter (1995)
Hear me out. While this pitch from President Carter didn’t happen while he was in office, it still deserved to be on this list. He threw out the first pitch at Game 6 of the World Series in 1995, and it was a good pitch. He had the distance, the height was good and overall this was a very solid pitch from the former President.

1. George H. Bush (2001)
Everything about this pitch deserves the first place spot for me. President Bush threw out the first pitch at the World Series when the Yankees hosted the Diamondbacks. This game was the first World Series game in New York post 9/11 and the President had to wear a bulletproof vest and have a member of the Secret Service be a fake umpire to be able to throw out the pitch.

But then there is the pitch itself. It was perfect. It was a good speed, height and it reached the plate with no hassle. Something as simple as that pitch was able to help unite the country after such a tragic event. That moment was truly iconic, not only for the pitch but for the moment it represented in American sports history.