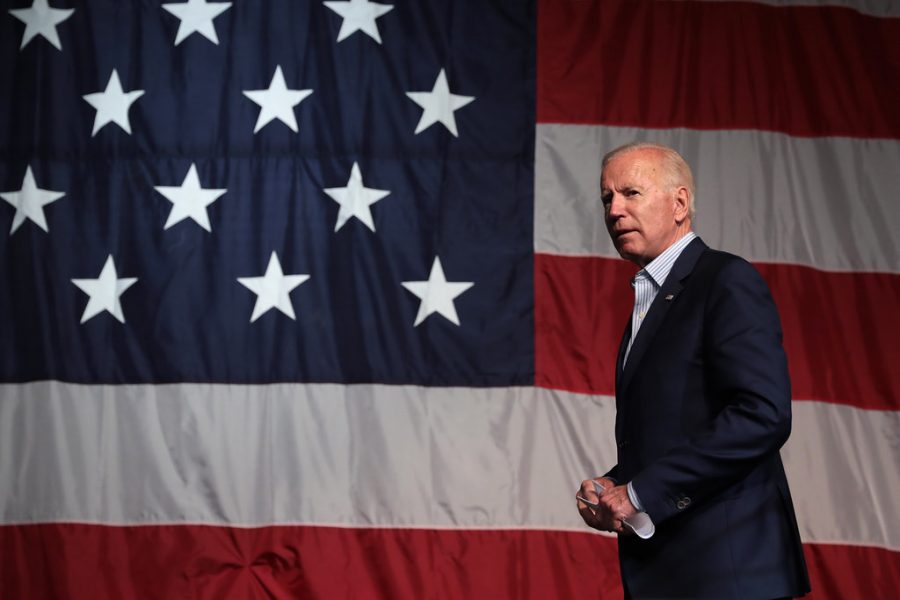 Unions have always been an important force in politics. They are the reason we have weekends, lunch breaks and other basic protections in the workplace. Employers did not offer these conditions willingly — workers had to fight for them. Labor organizers such as Joe Hill, who was killed in Salt Lake City, even wrote songs like “There is Power in Union” to rally workers to unionize during the early 20th century. The words of this song still hold true today – the COVID-19 pandemic’s impact on labor has demonstrated the importance of unionized workforces even now. We must elect leaders and policymakers who take labor concerns seriously and who do not actively pursue agendas to crush unions but work to support them. Out of the two major party tickets for the presidency, the Biden-Harris ticket will push for policies that will strengthen unions and open a pathway for student workers to unionize for better wages, working conditions and employment practices.
Unionizing Workers
Former Vice President Joe Biden’s plan includes passing the Protecting the Right to Organize Act, which would make it easier for workers to unionize and punish employers who stand in the way of unions. Requiring employees to attend meetings that discourage unionization would be classified as an unfair labor practice. For example, Walmart could no longer require that new employees watch their anti-labor union video as a part of their orientation. Showing staff, this video would then allow an employee of Walmart to file a labor violation and bring forth a civil action lawsuit against the company. Walmart’s anti-union propaganda would be legally considered harm against an employee and the employee would get compensation.

Currently, there are no penalties for employers who suppress the unionization of their workforce. They can retaliate against organizing workers without any penalty for the harm they cause. This would end under the PRO Act, placing penalties on corporations as well as shifting personal liability onto corporate executives who aid in suppressing the efforts of employees. Corporate executives who engage in union-busting could also face criminal charges under the PRO Act.
Striking Workers
The PRO Act would also guarantee more protection for striking workers. Workers in the private sector have a right to strike under the National Labor Relations Act, however, there are not strong protections to help guarantee these rights. This legislation would prohibit employers from permanently replacing striking workers, forcing employers to negotiate with their workforce and give workers a seat at the table. The bill would also repeal the prohibition on secondary striking. This means unions could strike in solidarity with each other to put pressure on each other’s employers. For example, if a teachers’ union went on strike, then other local unions like a public transit workers’ union or janitors’ union could join in to apply pressure by striking and supporting the teachers. In a university setting, this could play out as graduate students striking in support of the residential advisors going on strike.
What This Means for Student Workers
The Biden-Harris plan would be a win for student workers on campuses like the University of Utah. Too many college students struggle financially, and the university does not do enough to protect their workforce. Student workers must be allowed to unionize to ensure high livable wages and safety protections.

Take, for example, the windstorm that ripped through Salt Lake City in September. The U’s Campus Store tweeted out footage of the winds outside the store and stated, “At this time, the main Campus Store remains open for business.” Most of the city was out of power, homes were damaged, power lines were down and roads were blocked by fallen trees. Yet a store was open on campus, indicating that student workers were still expected to show up. The safety of the labor force did not matter to the university.

Another example of the U’s lack of care for their labor force is how they treated residential advisors who work and live in the dorms. At the start of the COVID-19 pandemic, RAs were told they could continue to live on campus even with the inevitable closure that would occur. But Housing and Residential Education walked back their statement and did not properly compensate all RAs for the meal plans, housing and income they were forced out of. The U left its labor force without any support and pocketed unused living funds that could have gone to support the workers. And this fall, RAs did not receive proper PPE for the health-jeopardizing tasks they were assigned to do, showing that the university continually fails its student staff.

The lowest wage the U pays any worker, as listed by the university’s human resources website, is $7.26, one cent above Utah’s minimum wage. The living wage for a single adult living in Salt Lake County is $12.05 — and that’s if the worker is full-time. For work-study employees, the U can cut their hourly wage to as little as $6.16. The University of Utah is not starting workers off with a fair wage. Under the Biden-Harris plan, student workers from all departments could strike to demand better wages that meet Salt Lake County’s cost of living.

On Labor Day, the University of Utah tweeted, “To all our staff, faculty, frontline workers and health professionals, THANK YOU! In a year like no other, it’s evident how absolutely critical you all are in making the University of Utah one of the leading research and healthcare institutions in the nation. Happy #LaborDay!” While major unionization and striking efforts for student workers have yet to take place, the U should not stand in the way if these efforts ever occur. They would be effectively walking back their appreciation for their “critical” workforce.

The Biden-Harris ticket has a strong plan to strengthen unions, empower workers and rein in corporate power. This plan would also provide an easier path to student worker unionization — though no law prohibits it today. The gutting of labor protections by the Trump administration has made it difficult for workers to organize and take back their rights. Student-workers and workers, in general, will have more power under a Biden administration. There will always be “power in a union,” and student workers organizing together could overcome the power the universities hold over them, including here at the U.