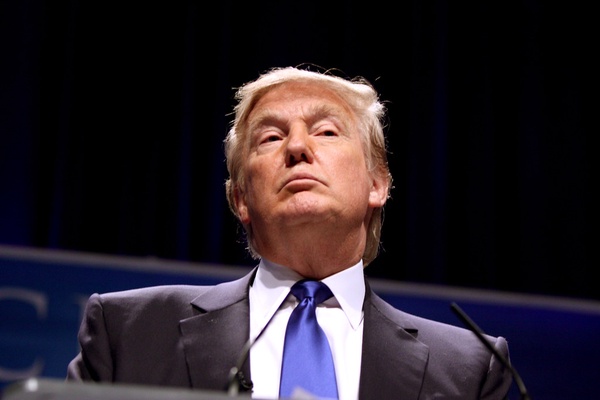 President Donald Trump has done just that. His latest comments regarding the integrity of mail-in ballots and what he plans to do if he loses the election threaten the Constitution’s foundation of democracy.

As Trump trails presidential hopeful Joe Biden in the polls, he seems willing to grasp any conspiracy, a last shred of hope or justification for a potential loss as the election nears. The president’s latest claims prove that his willingness to undermine the US Constitution is limitless. He will continue to threaten our nation and democracy unless we vote him out.

Trump’s recent absurd comments stem from his apparent fear of mail-in ballots. With the deadly pandemic raging on, vote-by-mail provides a safe and easy way for a fundamental aspect of our democracy to continue. However, Trump has continuously criticized the integrity of the election and claimed mail-in voting is a “scam.” This summer he repeated these completely false claims, tweeting, “With Universal Mail-In Voting…2020 will be the most INACCURATE & FRAUDULENT Election in history. It will be a great embarrassment to the USA.”

There is no evidence to back up the idea that mail-in ballots are conducive to widespread fraud. In fact, mail-in ballots are a totally safe way to vote in this election. Election experts have explained that the fraud rate for votes cast by mail in the US is 0.00006%, and that fear of mail-in voter fraud is a result of Trump’s comments and his attacks against the US Postal Service.

The Department of Homeland Security has explained that misinformation spread by Russian trolls about the integrity of mail-in ballots is further increasing fear and conspiratorial claims against voting by mail. Some states, like Utah, have been using mail-in ballots for years, and have yet to experience significant voter fraud or ballot inaccuracy. Trump also claims that mail-in ballots are geared towards Democrats and put Republicans at a disadvantage, which has been proven false.

Mail-in ballots are safe. Trump is deliberately spreading lies to the contrary as a strategy to suppress the vote and win the election.

Members of the president’s own party are uncomfortable with some of his recent remarks. Last month, Utah Senator Mitt Romney, at times an outspoken critic of President Trump, tweeted, “Fundamental to democracy is the peaceful transition of power… Any suggestion that a president might not respect this Constitutional guarantee is both unthinkable and unacceptable.”

The Republican National Committee’s reaction, however, was anything but reassuring. They failed to acknowledge Trump’s comments about a peaceful transfer of power as threatening to our nation and dismissed them as Trump being in a winner’s mentality.

For voting by mail, some Republicans like Rohn Bishop, Donald Trump Jr. and members of law enforcement agree that there are no problems with voter fraud and that mail-in ballots and absentee ballots are safe and reliable. Yet most Republicans have remained eerily silent on the integrity of mail-in ballots, instead not speaking out on this issue at all or quietly pushing for voting by mail against the wishes of President Trump. This has serious ramifications for the strength of our democracy. If leaders don’t speak up against the act of condemning a valid election process, Trump will prevail in his false claims and win the election thanks to low voter turnout.

Trump has already gotten away with other transgressions against the US Constitution. With his impeachment scandal in December 2019, in which he instructed Ukraine to dig up dirt on his political rival Joe Biden in exchange for aid, Trump proved that he doesn’t hold the integrity of our elections or the American people’s trust in high esteem. In addition, the president’s tax forms have finally been released to the public, showing massive amounts of tax avoidance and excessive debt.

Trump obviously has been practicing criminal offenses for a while now, but his recent statements about refusing to follow our democratic Constitution have taken him to a new low. We cannot let this absurd behavior continue. To keep democracy alive, we must vote him out.