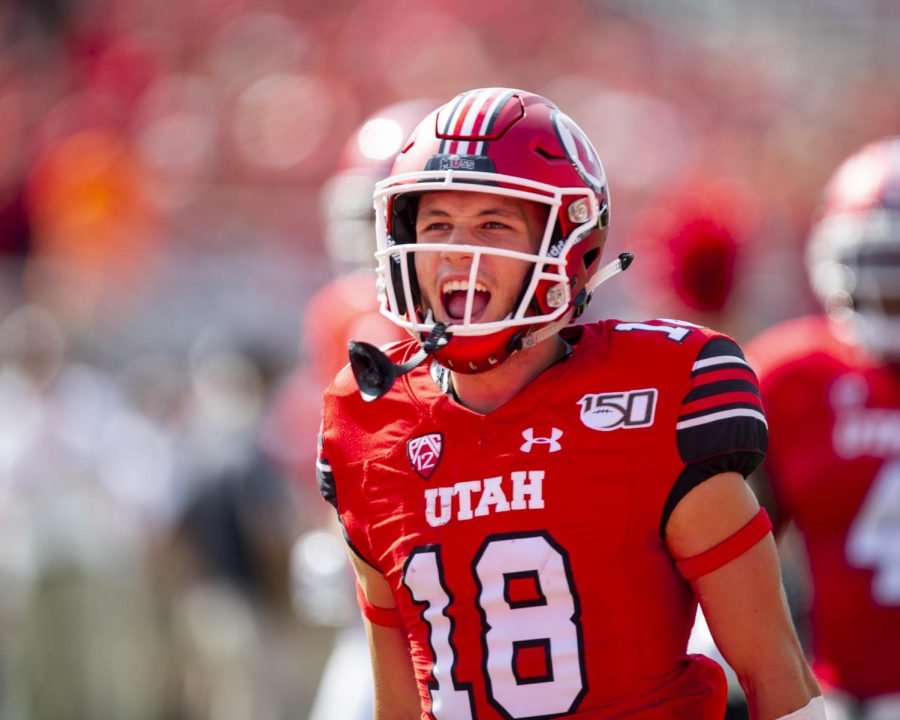 Football is finally back for the University of Utah as the team is set to open fall camp on Friday, Oct. 9. Head coach Kyle Whittingham, offensive coordinator Andy Ludwig and defensive coordinator Morgan Scalley addressed the media on Friday morning before camp was set to kick off.

Shortly before the press conference Utah Athletics released a preseason depth chart, giving fans an early glimpse of the 2020 team.

While the Utah defense will have a mostly new look, the Utah offense will look mostly the same with the exception of running back and quarterback. While the Utes have two very suitable replacements for Tyler Huntley, there is more of a battle to see who will be taking snaps as the Utes No. 1 running back this year.

“It’s a great challenge and great opportunity for everyone involved in the program,” offensive coordinator Andy Ludwig said. “Ultimately it’s going to be a great battle for the starting tailback position, with Devin Brumfield, Jordan Wilmore, Micah Bernard, Ty Jordan, T.J. Green. It’s a good group in the backfield competing to be Zack’s replacement, but we’re all going to need to step up our game to account for the all-time leading rusher in Utah football.”

Ludwig also addressed the return of Britain Covey, who has not seen major paying time since the 2018 season. He played in four games last season before sitting the rest for a redshirt after coming off his ACL surgery.

On the other side of the ball, Utah is replacing nine out of their eleven starters from last year. There are nine true freshmen on the initial two-deep for this fall. One name that fans are looking to see this fall is Clark Phillips III, who was the highest-rated prospect to ever sign with Utah football.

“He’s got the mentality of a young man that wants to play as a true freshman. He studies ball. His downtime is spent watching film. He’s much like Jaylon Johnson in that aspect. He’s very mature for his age, understands what’s at stake, and the responsibility that’s on his shoulders. But that’s with a lot of our young guys. We’ve a lot of young guys that have the right mentality and Clark’s no different,” defensive coordinator Morgan Scalley said.

“Overall depth at linebacker continues to be a work in progress,” Scalley said.  “I can say that Nephi Sewell is as football savvy as they come. Very smart football player. Understands his weaknesses. He knows that he doesn’t have the length that Devin [Lloyd] has. His style of play is different in that sense. He’s much more compact, explosive. He’s able to fit through gaps. We’re able to blitz him in ways that are effective for him. So we’re excited for that transition for Nephi.”

Scalley also added that Andrew Mata’afa has done a great job at putting on weight this offseason and has been able to keep it on which has been an issue for Mata’afa in years past.

But with all the new faces on both sides of the ball, head coach Kyle Whittingham says it’s all about what happens on the field.

“You’ve got to be able to reload and respond,” Whittingham said. “And that’s what our objective is right now — is to get everybody positioned where they should be and playing at the level they need to be playing at and see what happens.”