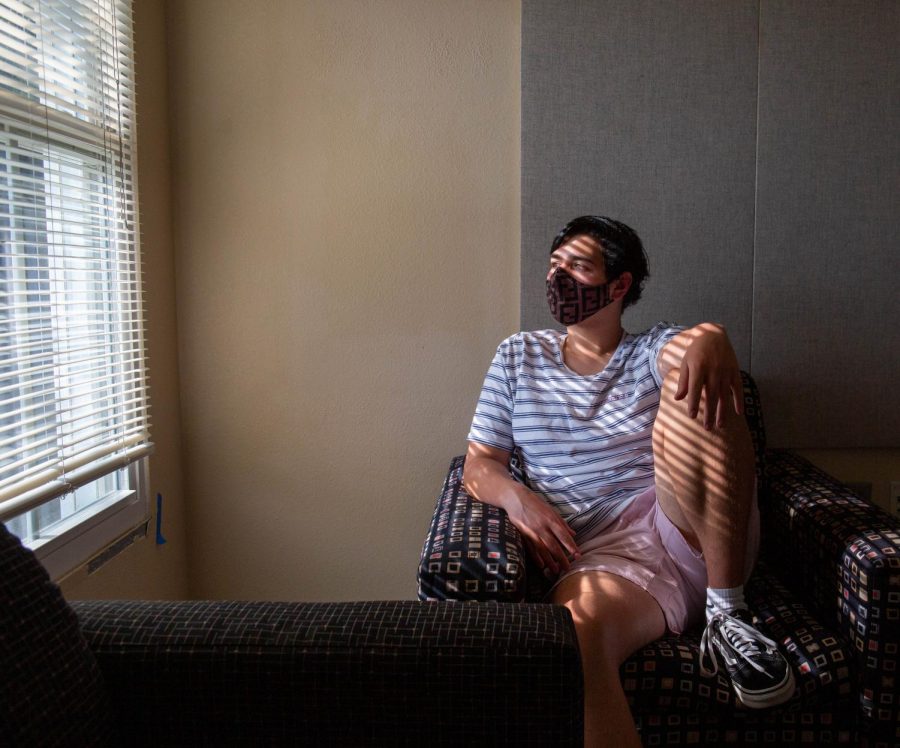 Freshman, Michael Manhard takes a break from online classes in a common area at the University of Utah on October 10th 2020. (Photo by Gwen Christopherson | The Daily Utah Chronicle)

In 1958, the first suicide prevention center opened in California. Today, suicide remains a leading cause of death in the United States and in Utah.

According to the American College Health Association, suicide rates among 15-24-year-olds has tripled since the 1950s. In addition, suicide is the second most common cause of death in this age group.

September is suicide prevention month– a time to bring awareness to the issue and provide a space for experiences to be shared and connections to be made, and while the calendar now says October, suicide is not any less of a problem.

Uma Dorn, a psychologist in the athletics department at the University of Utah, commented on the significance of Suicide Prevention Awareness Month.

Amidst already increasing suicide rates, COVID-19 has brought mandated shutdowns and quarantine orders which have caused many individuals to feel isolated and alone. As these feelings have festered, the result is increased rates of depression, which can lead to suicidal thoughts.

Although COVID-19 has altered society in many ways, sophomore Maddie Woznick believes the younger generation has the capability to be a force for good at this point in time.

“Our world is changing in a way that we can more greatly recognize suicide awareness. I think our generation has a lot to do with that as well,” Woznick said.

According to National Today, one of the best actions to take to promote awareness is spreading the message. This can include starting a campaign and sharing stories of hope on social media. Other ways to draw attention to this issue include volunteering at a crisis center, and/or recording a supportive video. A supportive video is a 15-30 second video that promises to listen and support those in need.

It is important to keep conversations surrounding suicide at the forefront in Dorn’s opinion.

If you think someone you know may be struggling, Dorn offers some suggestions for actions to take.

Talk to them about what is going on for them – what they are feeling (validate them), stress their experiences, and let them know you are there for support.
Don’t be afraid to ask them directly if they are thinking of killing themselves
Check-in on them regularly
Provide resources and offer to go with them if they are nervous – you can call a crisis-line together to help them know what that is like so that they aren’t scared to call if they need it
Be a supportive friend/family member.
Encourage them to seek support – call a crisis line if you are unsure about how to help

The biggest thing Dorn recommends for students is to remember, “You are not alone.”

The U offers the following resources for students struggling: the Counseling Center, Women’s Resource Center,  contacts for student athletes, and Safe U (includes links to many support centers.)

In addition, students can download the Utah Safe app to their phone, which features a text crisis line along with other resources.