Poma: Where I Stand after the VP Debate 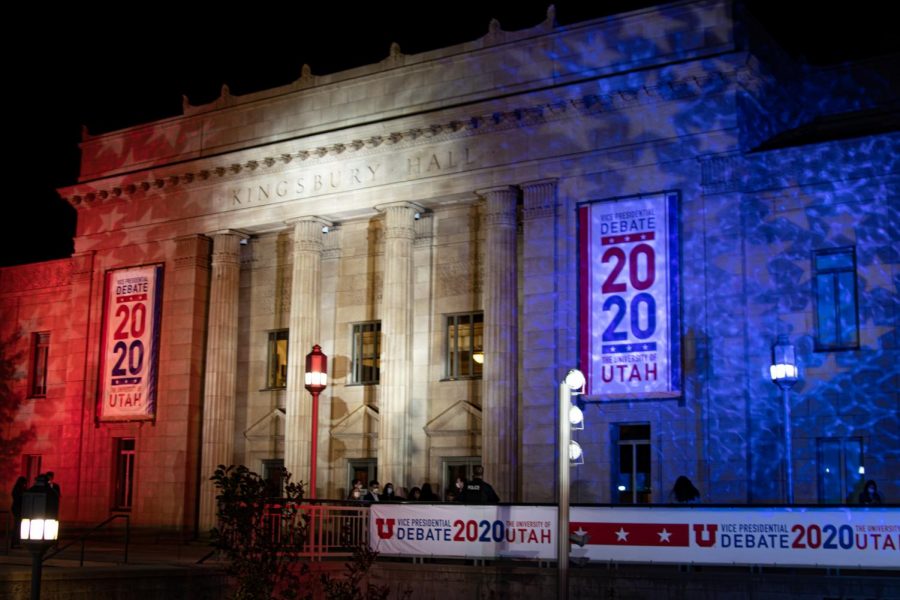 The vice presidential debate was more informative for me than last week’s presidential showdown. Many issues that I thought would be discussed were not, and other topics came up unexpectedly. There were moments where I felt that I agreed with Vice President Mike Pence and others where I agreed with Senator Kamala Harris. And while I hoped the debate would offer insight as to what the plan will be if each ticket is elected, it left me feeling like I and other undecided voters need to seek out solid answers on our own — that is, independently of the candidates’ self-serving debate comments — to be 100% confident in the candidate we choose.

Even though COVID-19 was a focus of the debate, it offered little information on what exactly each ticket’s plans are to address the pandemic in 2021. Pence called the Biden-Harris plan “plagiarism,” which didn’t make any sense. Anyone working to end this public health crisis should be looking to scientists and medical professionals for solutions — which means they’re likely to come up with similar plans. And the tickets’ plans are distinct. Trump’s COVID-19 response goals are relatively short-term, the main goal is to produce a vaccine and thereby eliminate the virus by 2021. Biden’s goals appear to be focused on the long-term, with plans to use COVID-19 as preparation for a future crisis.

Along those lines, Trump called off bipartisan COVID-19 relief talks the day before the VP debate, essentially sidelining millions of unemployed and sick Americans until the election rather than peacefully negotiating a plan. We needed to talk about this, and instead, the two running mates repeated virus facts we’ve known for months now.

Pence also criticized Harris for not acknowledging the efforts of the American people to be safe during this crisis. His own acknowledgment felt almost like back-handed praise. He credits us with a great deal of the nation’s progress on COVID-19, but we’re seeing cases and hospitalizations spike across the nation. It seems to imply the general public is at fault since the virus is still at large. Pence’s coronavirus task force did not implement proper regulations until it was too late, so he should hold himself and the entire Trump administration accountable for the hundreds of thousands of preventable deaths the US has seen since March. Blaming China again doesn’t solve anything either.

Racism and white supremacy have also rocked the nation this year, and we needed to feel safe and reassured, especially after Trump told white supremacist groups to “stand back and stand by” in the presidential debate. At Kingsbury Hall, Harris brought up the fact that Trump didn’t condemn white supremacy, while Pence mentioned what Trump has done to call out racist organizations and said systemic racism isn’t an issue. But is that enough to set an example for American society? I don’t think so, especially since nothing has truly changed.

The bigotry displayed by Trump and Biden was initially a core reason why I didn’t want to cast a vote at all. Why am I going to vote between two people who are, at best, so out of touch with society? Well, I want to see if there will be any change with Biden. I’ve seen Trump at work, and I know for certain that his discriminatory attitudes have done nothing to help advance our society. He banned travel from Muslim countries, claiming it was for the safety of the nation. He failed to stop the separation of migrant families at the border and calls immigrants criminals. He called the Black Lives Matter movement “toxic propaganda” instead of supporting its core mission of racial equity and justice. And he repeatedly calls the coronavirus the “China virus,” which has only validated xenophobic attitudes toward Asian-Americans.

I understand that Biden is not guiltless either. Back in 2019, Biden made a remark at an Asian-Latino town hall meeting that “poor kids” are just as smart as “white kids.” And throughout his campaign, he’s made questionable comparisons between voters in Black and Latinx communities. But I can’t condemn Biden in the same way when I haven’t seen an administration under his control. Having seen how Trump’s attitudes have caused harm to America, I don’t want four more years of the same attitudes. If there’s a chance there will be something better, I’m going to take it.

Unfortunately, I had to do a lot of research to arrive at that idea — the VP debate was a complete letdown in terms of its educational value. As a young person and child of immigrants, I wanted to hear Pence and Harris talk about their tickets’ ideas for future migrant policies. I wanted to learn more about plans, which Harris briefly mentioned, for free college and student debt relief. I wanted to know for certain whom I could trust to address the issues I care about the most. Other undecided voters may feel the same way, and it’s disheartening when the candidates for president and vice president rely so much on exaggerations and half-truths to persuade us.

The VP debate, while filled with some informative talking points, did relatively little to continue swaying my vote on its own. But doing some research about each candidacy beyond the debates is something to continue throughout the next few weeks. We should actively fact-check each campaign’s website and find reliable sources to verify news articles. If we seek out accurate information ourselves, we can have a better idea of who upholds the subjects we care about individually.