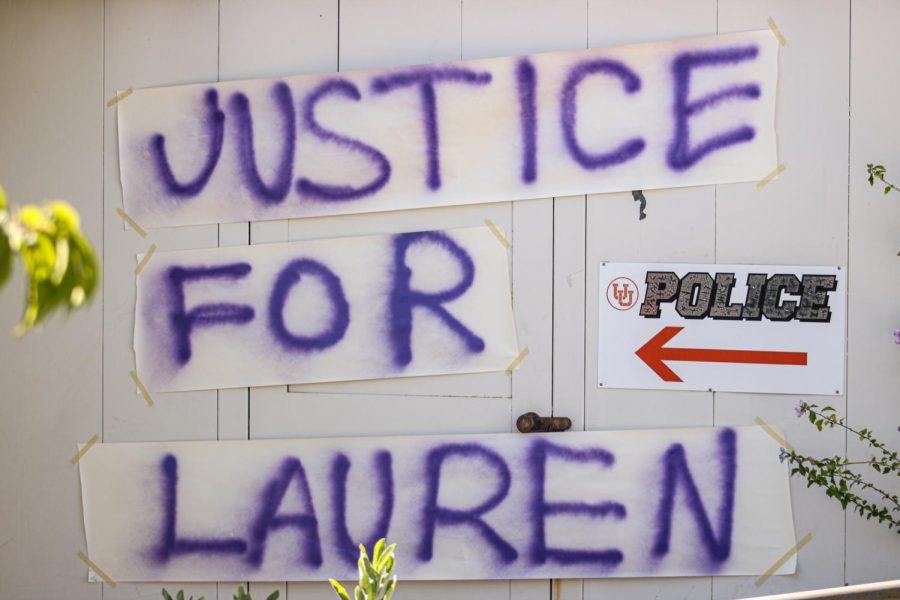 UnSafe U protesters gather at the Public Safety Building on the University of Utah campus in Salt Lake City to protest the actions of officers involved in the Lauren McCluskey case on Aug. 6, 2020.

By Porshai Nielsen and Brooke Christenson

President Ruth Watkins and the University of Utah Chief Safety Officer Marlon Lynch have created new safety committees to accommodate students. Composed of students, faculty and university staff, the new committees are meant to be representative of those on campus every day.

The first committee, the Public Safety Advisory Committee, works directly with the chief safety officer to ensure the safety of students during their time on campus. The committee has plans for educating the university community about the different programs that will be offered through varying outlets. They will be weighing different options to promote a healthier and safer environment on campus while considering cost ratios, liability and privacy concerns. The students and staff on the committee will be representatives of many areas of the U including ASUU, the athletic department, Greek Life, the Office of Equity, Diversity, and Inclusion and U Health.

“This is my first year on campus, but my older brother has been a student here for four years. I knew there were many problems here, but as a man, I’m less worried about myself and more worried about my female classmates or students of color. I hope that these new committees can produce real change here because I don’t know what else the U can do to change,” said Logan Nickisch, a first-year civil engineering student.

The second committee, the Independent Review Committee, also works directly with the chief safety officer. The committee will be personally reviewing complaints made against the public safety department and make recommendations on policies and procedures.

According to Annalisa Purser, director of administration at the Office of the Chief Safety Officer, the types of complaints the committee could review include “issues of excessive force, violation of rights, abusive language or dereliction of duty. The committee is independent of the department and is not intended to replace the existing formal internal review and disciplinary procedures.”

Students have expressed their frustrations with the lack of availability for an escort on campus and for the lack of other safety measures implemented.

“As a woman, I have felt unsafe on campus at night, but I usually just have my taser and my pepper spray to keep myself protected. And technically you’re not supposed to have either of those things on campus but I would rather protect myself and break the rules than put myself in the hands of the people who have shown themselves to be incompetent time and time again,” said Abi Huber, information systems student.

The Independent Review Committee will complete their initial investigation, if more is needed, it will receive a follow up from the Chief Safety Officer.  According to the committee, there are five conclusions the CSO can make:

Following the CSO’s decision, the Independent Review Committee may agree with the decision, disagree, ask for supplementary investigation, suggest different or additional sanctions or request information about the officers’ previous record or to see departmental procedures related to the offense. The committee’s inaugural chair is Amos Guiora, a law professor at S.J. Quinney College of Law. See the rest of the committee’s membership here.

Both of the new committees will be overseen by Keith Squires, the executive officer in the Office of the Chief Safety Officer. Squire served five years as the Commissioner of Public Safety for the State of Utah and has over 30 years of law enforcement experience. Squire was on the team that investigated the independent review after the murder of Lauren McCluskey in 2018.