Back to the Hardwood: Utah Basketball Day 1 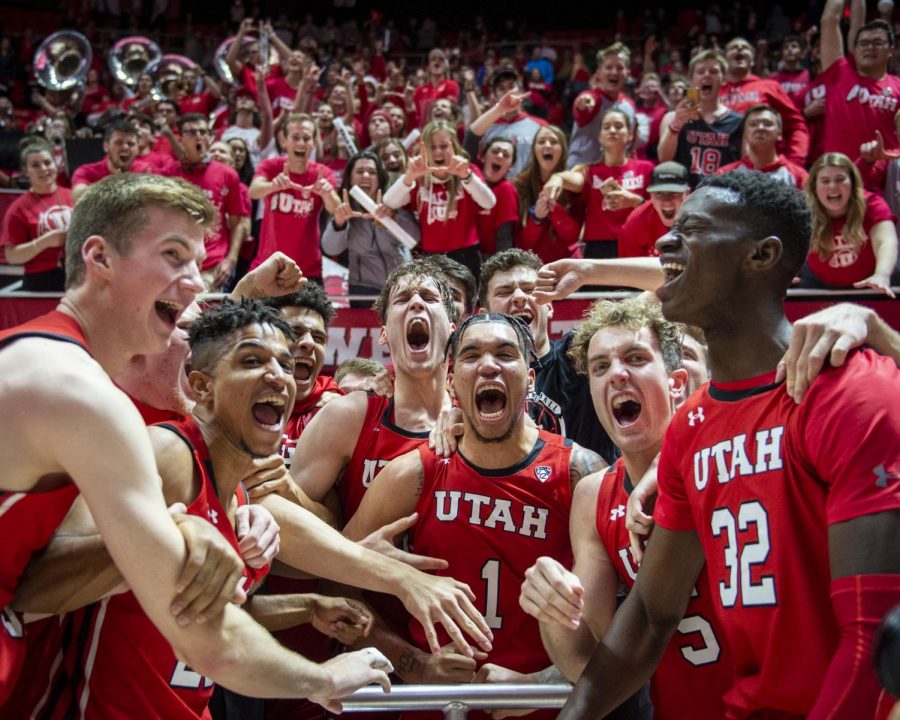 Utah basketball is just around the corner as Pac-12 Men’s basketball will return Nov. 25 in order to line up with the NCAA basketball calendar. On Wednesday afternoon, Head Coach Larry Krystkowiak along with student-athletes Timmy Allen, Rylan Jones and Alfonso Plummer addressed the media after the first official practice.

Coach Krystkowiak began by explaining his excitement in regards to the first day of practice and long-awaited return to play.

“A lot of enthusiasm. This is a great group to work with. There’s the opening statement from practice. I’m fired up!” Coach Krystkowiak said, “It’s a great day to be a Ute, I think it’s a great day all around college basketball. I’ve felt really bad for these kids when they’ve got a window to compete. I didn’t want to see these kids miss too much and these are the prime years of their lives.”

In addition to the first day of practice today, the Utes announced that they will officially open their 2020 season against Creighton in the Bad Boy Mowers Crossover Classic in Sioux Falls, SD. The tournament will take place from Nov. 25-27 and will be hosted at the Sanford Pentagon Arena.

This game will be a great early test for the Utes as Creighton finished 24-7 in their 2019-20 season campaign and were ranked No. 7 in the Associated Press’ top 25 before the COVID-19 shutdowns. The Blue Jays will be returning Junior Guard Marcus Zegarowski who last season averaged 16.1 points per game on 48.8 field goal percentage and a remarkable 3-pointer FG percentage of 42.4. Utah will have to make sure they limit his touches as to not allow him to get hot from the floor.

“It’s going to be on in a dramatic fashion. It’s imperative that we try to present as many situations in a practice setting and play ourselves into shape,” Coach Krystkowiak said. “It’s going to have a great sense of urgency to begin with and certainly will be an opportunity. We will see early where we stand in the thick of things.”

As Utah enters the 2020-21 season, they are still a very young team. With six freshmen and seven sophomores, Utah will look for its young guns to create and help the upperclassman compete in the gauntlet that is Pac-12 basketball. While the team is predominantly still young, Utah will look for leadership and intensity from their lone senior Alfonso Plummer and junior Timmy Allen as both players finished last season on fire offensively.

Allen was easily the best player offensively as he averaged 17.3 points per game and 7.3 assists per game while shooting 44% from the field. The Utes will look for even more offensively this year as Allen’s biggest offseason focuses were his jump shot and being more willing to make plays.

“I’ve put a lot of time into my jump shot and handling the ball in tight spaces,” Allen said. “I think I am a more willing creator than I was last year. I like it, getting my teammates shots and I enjoy setting people up.”

Following the season-opening tournament, Utah will enter a 20 game conference schedule with two games in December and 18 taking place after the new year. In addition to those, the university will attempt to schedule three other games, one of which may include a Holy War matchup against BYU.