Content Culture: How TikTok Fostered A Space For Both Creator and Consumer 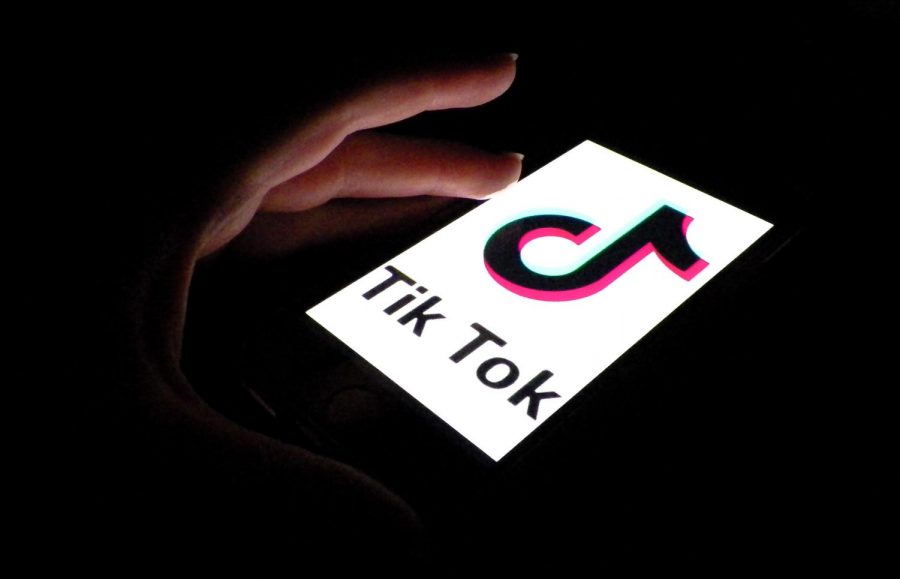 TikTok creating a place for the creator and consumer. (Photo by Hailey Danielson | The Daily Utah Chronicle)

By Alexis Perno and Natalie Colby

The TikTok opens with a shot of Harry Justis’ Volvo S60 and Cookiee Kawaii’s “Vibe” playing in the background. With the Red Butte Gardens sign displayed behind Justis and his phone propped up in the snow, the University of Utah mechanical engineering major then makes his car “dance.”

“It was a really crazy feeling and it definitely has been crazy every single time when I post a video and you can kind of tell when it starts to gain momentum,” Justis said. “It’s always a rush, but definitely none of them have compared to that first time. It was so new to me.”

Although Justis had never made far-reaching content before TikTok, his account @harry.rs has now garnered over 200 thousand followers and 8 million likes as he continues to create videos. Justis describes his side of TikTok as cool camera tricks, using editing programs such as Adobe After Effects to create smooth transitions between impossible scenarios.

One of Justis’ most popular videos made it seem like he dropped his phone from the Legacy Bridge into his car and another had him standing on top of Rice-Eccles Stadium.

Some of Justis’ most complicated videos took up to “16 hours of just editing” when he first started with After Effects. Over the summer, Justis said he could wake up every day focusing on videos, especially with COVID-19 limiting employment opportunities. Since school has picked up again, Justis has had to slow down his content.

“I have a certain standard I hold myself to, so I’m not just gonna crank out lower-quality videos to try to keep the same pace,” he said.“I want to make sure every single video is really cool and original.”

Computer engineering major Joshua, whose last name has been removed,  most notably known by his TikTok account @cutepicsofliluzi as his internet persona Hubert, has 346 thousand followers and 11.6 million likes on the app. Often posting with his car or BMX bike, one of Joshua’s videos also became viral audio on the app.

“I’m feeling like Floyd in this Mayweather … it takes so much to produce a smile these days,” Joshua said.

Associate communications chair and professor Avery Holton noted that TikTok is different from other social media platforms because of several factors, including a younger-skewing demographic, finding popularity outside of the U.S. first and the opportunity to go viral quicker and easier.

“You’re already encouraged to create video content, which we know on social media platforms across the board…using moving content— it’s about double the viewership and double the engagement across all platforms,” Holton said. “We’re not just met with an algorithm that only gives us our friends, or like the wildly most popular first, we get such a blend of content.”

Holton said the app has gained popularity from its addictive qualities and as President Trump has expressed his opinions about TikTok, the platform has attracted older consumers wanting to see what the hype is about.

Kaitlyn Robertson, an undeclared sophomore at the U, said since she downloaded TikTok in 2018, it has become her most used app as both a consumer and creator.

TikTok users have separated different content on the app by dividing it into sides: straight TikTok, alt TikTok and other specific subsections. Robertson described the content that appears on her For You page as plant TikTok and sewing TikTok. She also said she has found communities who watch the same anime as her.

“College is stressful and we’re all at the age where everything is really hard and stressful, and so it’s nice to have a place where you don’t have to worry as much. You just go and it’s fun,” Robertson said. “It’s fairly positive I feel, so it’s just like a serotonin boost throughout the day, [I’m] going to go watch TikToks on my 30-minute break at work.”

She also said TikTok provided her with a space to go in quarantine. She said the app gave her inspiration on things to do as she took up making charcuterie boards and baking bread during the beginning of COVID-19.

Holton said the empowerment of people to create content, connect through positivity and the ability to create a level of compassion are TikTok’s most influential features.

“[TikTok has] creation, connectivity, and compassion,” he said. “All of those make for a really sustainable app.”