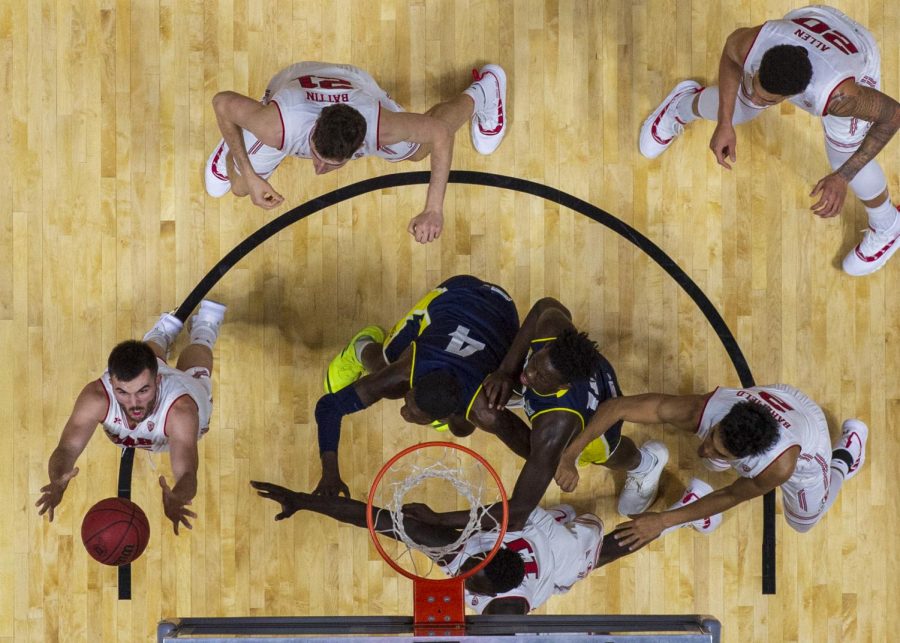 Over 18 million Americans suffer from depression. One of them is former Utah basketball player Beau Rydalch who suffers from clinical depression. In 2018, 106 million Americans watched the Super Bowl. In a country where the number two leading cause of death for people 15-44 is suicide, it is interesting to examine how those with mental health issues use sports to cope and why mental health is such a huge issue within our country.

Steven Lucero is the Associate Training Director for the University of Utah Counseling Center and a licensed psychologist. He says that mental health is a huge aspect of college-aged kids’ lives.

“When mental health goes awry, everything else tends to go with it,” Lucero said.

“While I was in college I really struggled with mental health stuff, I was eventually diagnosed with major depression,” Rydalch said.

Clinical depression, sometimes referred to as major depression, is caused by chemical imbalances in the brain. It is not a funk or seasonal but a chemical imbalance that causes one to be depressed according to Rydalch, who also majored in psychology. This is a common problem among college students.

“Anxiety, depression, and relationship problems tend to be the biggest issues bought to the counseling center,” Lucero said.

Rydalch first noticed his depression while at the U. After practice, he was driving home and described his thoughts going to a very dark place.

“I was driving home from campus one night and I just all of a sudden had all these thoughts pop into my head, think of it as kind of like a rabbit hole, my thoughts lead from, I had a bad practice to nobody likes me to why am I even doing this to is this even worth it so why am I even here to why don’t I just kill myself?” Rydalch said.

Rydalch attempted to veer off the road and into the concrete medium but veered back onto the road at the last second. However, after deciding to just go home and tell his parents about the attempt instead of checking into a hospital, he experienced a rabbit hole of dark thoughts again.

“Later on in the drive, I was fighting it, I put my car in cruise control at 100 miles per hour and I opened my door and was going to jump out. Didn’t and just headed home, but that was the first time I ever realized something was off,” Rydalch said.

Months later Rydalch attempted suicide again but was stopped by a friend at the last second. He began attending therapy and was diagnosed with major depression.

After these experiences, Rydalch’s world was shaken. He stopped attending his LDS Church as it became a trigger for him. He knew that he needed to find a new form of spirituality to keep from going to the place that had caused his suicidal thoughts before.

“I look at health as having three facets, your mental health, physical health and your spirituality,” Rydalch said. “For me I had to find a new form of spirituality because my LDS faith that I had grown up in had become a trigger.”

For Rydalch that new spirituality was bought on by a team activity led by head basketball coach Larry Krystowiak.

“I remember during my first summer at the U, Coach K made us do hot yoga Wednesday as a team. I remember feeling good after that, so I started doing yoga. That later turned into a former meditation practice,” Rydalch said.

To Rydalch, meditation was like being able to weather a storm. To control your thoughts so you don’t go down a rabbit hole of what-ifs.

“As storms come so do emotions, so do thoughts, they all pass,” Rydalch said.

Lucero cites that mindfulness and meditation are very helpful for controlling anxiety, depression, and thoughts that come into our heads.

Meditation takes dedication, though. It is easy to fall out of the habit. Rydalch was motivated though, motivated by fear of going back to the dark place of attempting to take your own life.

“That fear of slipping back into those dark thoughts, of being in a place where I might try to attempt suicide again, that is a big motivator. Because that — is scary,” Rydlach said.

While Rydalch uses meditation as a self-care method, others use sports. Lucero explains the concept of self-care through the story of a woodcutter chopping down a tree.

“I like to think about a story of the woodcutter, chopping away at a tree when a visitor comes along and notices he’s not really making much of a dent in the tree. The visitor asks, why are you doing this? Why is it taking so long? And the woodcutter responds I have to just keep chopping this tree, the visitor says well if you took a break and sharpened your axe maybe it wouldn’t take so long, but the woodcutter just says no I have to keep going, I have to keep chopping this tree,” Lucero said. “That is exactly every one of us we are so busy trying to push through our schedule that we can’t take a break to exercise, to be mindful, to hang out with friends if we did more self-care we’d be much more effective at completing our work.”

Sports are a form of self-care. A coping mechanism and an escape that some people use to deal with mental health. An escape that is healthy according to Lucero.

He adds that cheering for a team gives us the sense that we are a part of a larger collective and connected with each other. He also explains the concept of BIRG.

“There’s a phenomenon called BIRG, which means Basking In Reflective Glory. So when the Utes were in the Pac-12 Championship Game last year we were all rooting for them because as that part of our identity we would be able to share in the collective glory of the team,” Lucero said.

Rydalch to a large extent agrees. He says he loves watching the NBA and sometimes having that to look forward to will help him get through a particularly long day where things aren’t going his way. However, he says you still have to address the bigger problems as well instead of just pushing them down with sports.

“I think as long as you don’t use it to ignore the problem and seek help if you need it, then yeah, sports is an awesome way to deal with mental health. You just don’t want to get to the point where you are pushing everything down and not dealing with the problem,” Rydalch said.

Lucero agrees. He recommends seeing a therapist if you are dealing with anxiety or depression.

“The gold standard treatment for anxiety is cognitive-behavioral therapy and medication,” Lucero said.

Both point out there are many other great ways to deal with mental health. For Rydalch one of those is his podcast, Beyond the Surface, where he talks with other athletes about mental health.

“I knew [the podcast] could be a recourse for people to know they weren’t going through this alone,” Rydalch said.

It also allows the former psychology major to delve back into a subject he enjoys at his own pace because sometimes focusing so much on others’ struggles can be a trigger for him. Most importantly, it has allowed him to build up a community of former athletes so they know they are not alone in their struggles.

“It has allowed other people and myself to not feel so alone,” Rydalch said.

Both Lucero and Rydalch have a clear message, though. Mental health education is important. We do not educate our children on the subject enough in our society so it has become a taboo. According to both of them, we need more mental health education within our school systems, starting in grade school so we can live in a society where it is acceptable to come forward about these problems. It could be saving lives.

Recently sports figures like Dallas Cowboys Quarterback Dak Prescott and Cleveland Cavaliers star Kevin Love have come forward about their struggles with depression. These athletes and Rydalch are heroes. On the other side of the spectrum, Fox Sports personality Skip Bayless has come out and criticized Prescott for coming forward with his mental health struggles. These comments by Bayless are dangerous. They endanger the lives of those struggling with depression who already feel as if they have nowhere else to go. Mental health affects all of us. We need to be open to talking about it. We need to strive toward making it a subject that is seen as a part of everyone’s, athlete or not, everyday lives. It will save lives.