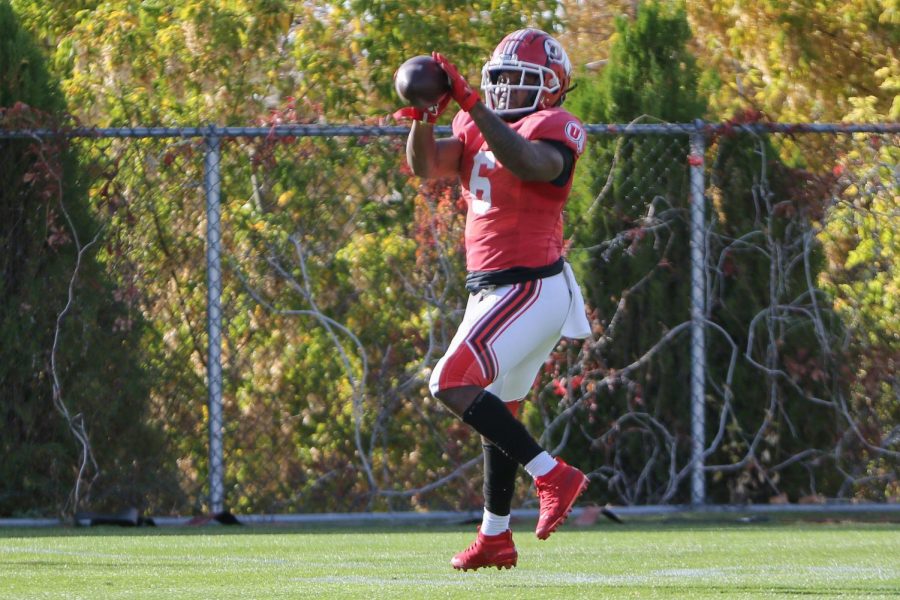 As the University of Utah football team heads into their first scrimmage of the season, some position groups are starting to show separation between the players fighting for spots on the two deep.

Running back, a position that some haven’t been talking about this preseason has a huge void to fill. With all-time leading rusher Zack Moss taking his talents to the NFL, according to head coach Kyle Whittingham, there are five names that are vying for the starting RB job.

But all five backs bring something different to the table and running backs coach Keil McDonald isn’t going to let any of the talent in the Utah running back room go unused.

McDonald would like to get the list of five down to two or three names in the coming days, but is open to having all five guys involved in some capacity this fall.

“I’d like to be able to have things figured out within the next two weeks as far as who is one, two and three, and then once we get to that point, it will be solidified the following week,” McDonald said. “Some guys may have packages, some guys may have three or four touches, some guys may get 20 carries, but guys need to understand their role and play it to the best of their ability.”

McDonald also addressed true freshman Ty Jordan and his progress through camp. The former Texas commit has had some good moments, but the staff is still looking for more from him.

According to McDonald, he has seen some good things from Micah Bernard this camp as well.

Brumfield is up to the challenge of the battle for the starting job and is ready to show the Utah coaching staff why he can be the guy for the team.

“For me, it’s just making sure that I do what I have to do to show the coaches I can be that guy,” Brumfield said. “I know the competition is strong in the room, so I know that I can’t take a step backward any day.”

Just like some other key spots on this Utah team, the running back room will start to shake out after the team’s first scrimmage this Saturday.