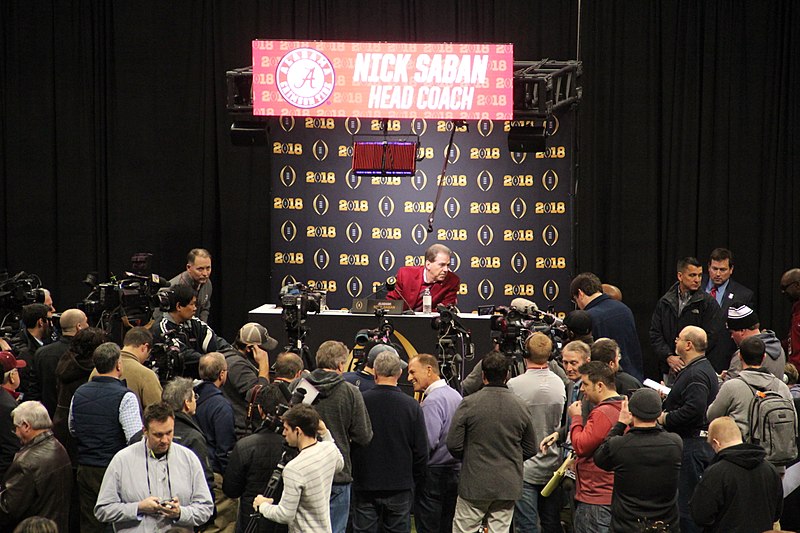 Upsets upsets everywhere. No. 4  Florida loses to No. 21 Texas A&M. Unranked Oklahoma knocks off No. 22 Texas in a shootout and Mizzou beats No. 17 LSU. So after week six here is my guide to the top five teams in the country and upsets they could run into down the stretch. (For this exercise, only teams that have played are being considered.)

5. North Carolina
This is probably the team I feel the least confident about. Mack Brown’s team is headlined by NFL prospect Sam Howell but the story of UNC has been stand out senior running back Michael Carter who put up 214 yards on the ground after 17 attempts last week against Virginia Tech. North Carolina put down 399 yards on the ground total last week. They had put up an average of 160 yards per game on the ground in their previous two games. The Tar Heels may not remain here for long, though. They have tough games against Miami and Notre Dame remaining on the schedule.

4. Notre Dame
After a COVID scare, the fighting Irish are back on the field. Despite giving up points to Florida State, Notre Dame is a defense-first team. Lead upfront by defensive lineman Adetokunbo Ogundeji who had two sacks Saturday against the Seminoles and now has four on the year. Offensively the Irish are driven by their running game, a committee look dominated Saturday by Kyren Williams. The Irish have a chance to fly higher this season. They play the Clemson Tigers on Nov. 7. However, Louisville and Pittsburgh the next two weeks are likely upset candidates. Notre Dame is looking to reach the college football playoffs for the first time since its inception and being in the ACC gives them a great chance to do so.

3. Georgia
The best defense in the country really no other way to put it. Georgia forced a defensive score late against Tennessee last week. Add that to forcing three turnovers. They face the toughest test of their entire year next week in prime-time against Alabama. If Kirby Smart can guide the perennial top six Georgia to a win over Alabama, they are essentially a lock for the college football playoffs, even if they suffer a loss in the SEC championship where they will most likely face Alabama again. The rest of the schedule looks devoid of upsets, even against Florida, who they play in Athens Nov. 7. Even then the Bulldogs should be the favorite. This team isn’t even at full strength, yet they are expected to start former USC QB J.T. Daniels at some point this season unless Stetson Bennett holds onto the job. If Bennett performs against Alabama, that could secure him the job for the rest of the year.

2. Alabama
Really, Alabama could be number one. But Clemson has consistently had a better defensive. Alabama gave up 600 yards to an offensively elite Ole Miss team this week. That said, you would imagine the Alabama defense would improve. It is a Nick Saban coached team, they will not let that side of the ball be a weakness. That said, they can be a weakness right now because that is how good this offense is. Mac Jones may sound and look like the generic QB you start your dynasty mode with in the NCAA 14 Football game, but he is dropping 400 yards on SEC defenses on a regular basis. Helped by the best wideout corps in the nation. Paired with senior running back Najee Harris, who is putting himself in the conversation with Bama greats Derrick Henry and Mark Ingram, the Crimson Tide are almost impossible to stop right now. The SEC West is incredibly weak. If they get through Georgia and Tennessee, the Crimson Tide should roll through November especially with Auburn, LSU, Mississippi State, and Arkansas all looking like some level of a tire fire this year.

1. Clemson
Pretty simple formula here. Best quarterback in the nation? Check, Trevor Lawrence is torching hapless ACC defenses and demolished a decent Miami team Saturday for nearly 300 yards and three touchdowns in a game that was never close. A top-notch defense? Check, outside of Georgia they look like the best unit in the country and it isn’t particularly close when it comes to the third-best which I would say is Notre Dame. The Tigers’ greatest test this year will be Notre Dame, where they will be on upset watch. If they beat them by ten or more though they should be the easy choice for the number one seed in the college football playoffs come January.