Colin Kaepernick Needs a Team. Let’s Find Him One. 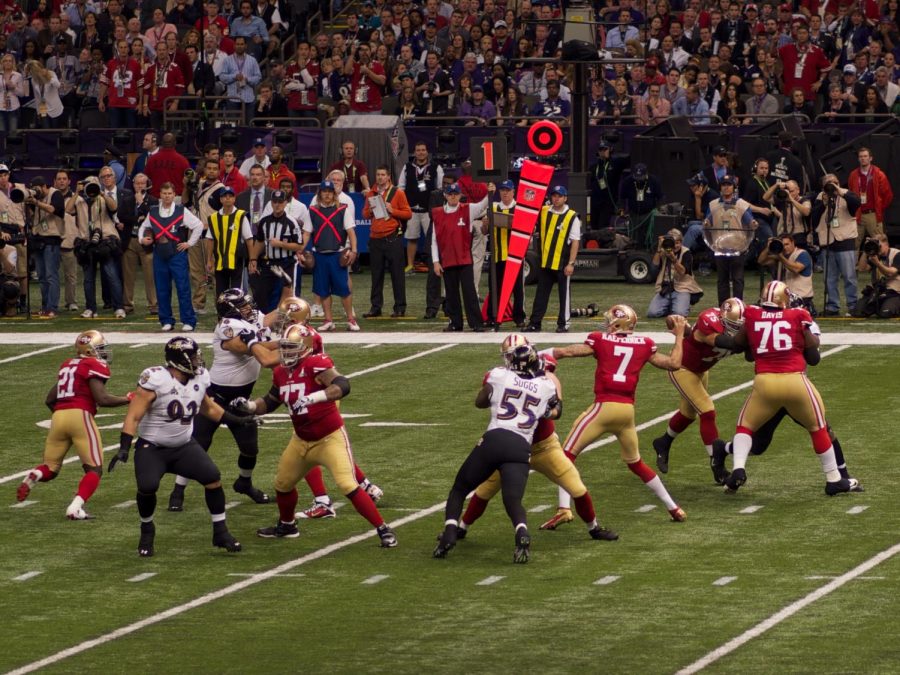 This story originally ran online on Sept. 9 2020. It has been updated with new information since the NFL season began.

Colin Kaepernick has been out of the NFL since 2016 after he knelt during the National Anthem as a peaceful protest against racism and police brutality in America. In his six seasons with the San Francisco 49ers, he had one trip to the Super Bowl in 2012, and the next year advanced to the NFC Championship game. He was released from the team in early 2017 as the Niners began to enter a rebuild with a new head coach and a torn down roster. No team signed him and he has not had a job in the NFL since. While he was still clearly qualified to at least be a backup somewhere, most teams didn’t even give him a chance because of perceived “bad optics” with the NFL’s conservative fanbase.

With America still grappling with institutionalized racism and police brutality, these issues are in the spotlight once again. Athletes around the world have followed in Kaepernick’s footsteps by kneeling during the anthem, and there is support among players to bring him back into the league. Still without a team now three weeks into the NFL season, commissioner Roger Goodell’s words on allowing peaceful protest ring hollow and empty. But now with players calling for his spot back, a league office motivated to practice what they preach, a changing social climate and an always-ready Kaepernick, the time is right to get him back into the fold.

So where does Kaepernick fit? We are past training camp and teams have chosen their starting quarterback. Kaepernick could have battled for a starting job had he been signed in camp, but we’re three games deep and the starters have been decided. He would most likely have to be a backup in a return to the NFL, but that doesn’t mean there isn’t a team for him.

For a potential fit for Kaepernick, I’m looking for teams that don’t have a clear-cut backup, teams who have a starter that plays a similar style to Kaepernick and teams who have starters and backups that might be a little injury prone. Injuries happen over the course of a season and there are already some teams that could use another quarterback.

I’m ruling out teams with a set starter and a quality backup that the team is comfortable with already on their roster, so that gets rid of:

I’m also getting rid of teams who have a starter that plays a different style than Kaepernick. He is a run-first quarterback with a good arm, but he isn’t the most accurate. So, I’m looking for athletic, mobile quarterbacks that don’t rely as heavily on the passing game, so that Kaepernick can fit right into the offense as a backup in case of injury. This rules out:

We’ve already had some quarterback injuries so far this year. I would not have included these two teams in my top ten before the year began, because I didn’t think it would fit. However, with the injury bug hitting, it may be time for these two teams to consider a Kaepernick signing.

Chargers starter Tyrod Taylor suffered a punctured lung due to a mistake by a team doctor. Rookie Justin Herbert has filled in well so far, but if Taylor has to miss a long stretch of time they may need another backup. Broncos starter Drew Lock suffered a shoulder injury and the team is now starting Brett Rypien with Jeff Driskel and the newly acquired Blake Bortles as backups. For a team with postseason aspirations, the season has not started as they hoped. Electing to bring in Bortles may have closed the door on a Kaepernick signing, but you never know what will happen to teams with injuries. I don’t think either of these two options are likely for Kaepernick, but these types of scenarios are how a guy like him gets back in the league. If injuries occur to other teams later down the line, and it’s likely that they will, those are teams that will consider looking at other backup options, Kaepernick being one of them.

That leaves us with ten teams. For these ten, Kaepernick can fit the style and slide in as a backup. Most of these teams will be competitive this year, so they’ll be looking for a quarterback that can play if their starter gets hurt.

Buffalo and New England have younger quarterbacks they’re developing as backups in Jake Fromm and Jarrett Stidham, so that makes them less likely to turn to Kaepernick in case of injury with those developmental projects on the roster. Still, if they need a more win-ready player late in the season for a playoff push, they have this option. Jacksonville is tanking, but maybe Kaepernick keeps them afloat in case of an injury to Gardner Minshew, as Jake Luton is the only backup on the roster — and as a late-round rookie he’s unreliable at best. Arizona and Carolina narrowly miss the top five, as both have run-oriented quarterbacks as the starter in Kyler Murray and Teddy Bridgewater respectively, but both also have decent backups in Brett Hundley and Will Grier respectively. If either is competitive late in the season they may turn to Kaepernick as an emergency option.

Now, for my top five:
5. New York Jets
The Jets have a weird depth chart, with veteran Joe Flacco backing up youngster Sam Darnold. Flacco is still rehabbing a neck injury to start the year, and Darnold has had injury concerns so far in his career. If Darnold goes down early, I could see them reaching out to Kaepernick to come and serve as the starter, and potentially compete for the backup job once Darnold is healthy.
4. Atlanta Falcons
The Falcons are starting 35-year-old Matt Ryan and have 39-year-old Matt Schaub as his backup with no other quarterback on the roster. That screams injury concern, and I would not be surprised to see them consider Kaepernick for the backup job at some point, especially if one of their two quarterbacks goes down with an injury.
3. Houston Texans
The Texans are a surprising option because they already have AJ McCarron as the backup for Deshaun Watson. Still, this one intrigues me because Kaepernick is such a good fit behind Watson. McCarron has had a few chances to play in the NFL, and he’s looked okay, but is the team happy with him as their backup? Kaepernick projects as a better system fit to back up Watson, so maybe if an injury occurs, or even if they don’t like what they see out of McCarron, Kaepernick will get a chance in Houston.
2. Tennessee Titans
The Titans are extremely thin at quarterback, with the unknown Logan Woodside serving as Ryan Tannehill’s backup. Those two are the only quarterbacks on the roster, and Tennessee will likely be going for a playoff spot in 2020. If Tannehill goes down, or if they’re unhappy with Woodside as the backup, Kaepernick fits very well as a plug for a team with postseason aspirations.
1. Seattle Seahawks
The Seahawks were one of the few teams to show interest in Kaepernick when they brought him in for a meeting in 2017. Coach Pete Carroll has spoken about the team’s interest in Kaepernick before, and while he downplayed the need for a backup, Geno Smith won’t cut it if Russell Wilson goes down. Carroll is right, Kaepernick is a starter-quality player, but that won’t happen this year. He fits in the scheme as a similar player to Wilson — the team needs a backup, there was prior interest and Seattle knows how good he is as a former division rival to Kaepernick’s early 2010’s 49ers. He could pull a Richard Sherman and jump to the other side of the rivalry, and with both teams contending this year, it would only add interest to a heated battle in the NFC West. All in all, the Seahawks are the perfect team to take a chance on Kaepernick and bring him back into the NFL after three seasons out of the game.