Burton: The 2020 Election Will Test Our Electoral System’s Integrity 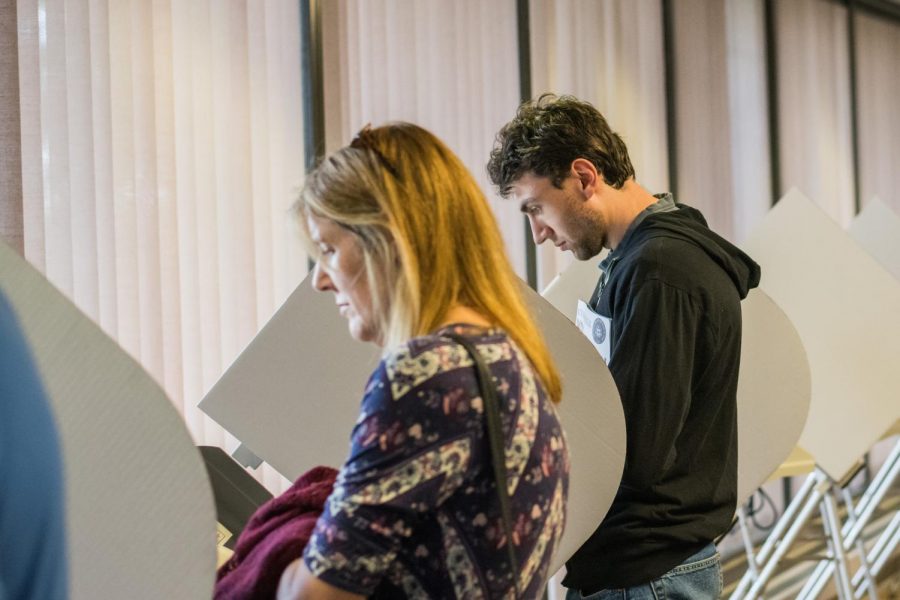 Despite the reputation of presidential elections as being highly contentious, they have also rightfully maintained the peaceful transition of power from one president to another. Incumbents finish terms or opponents gracefully admit defeat and the president-elect takes over. This has been the precedent since our nation’s earliest presidential elections. However, this tradition could be disrupted this November. Pundits have commented that the 2020 election will be a “critical” one where the electorate will experience political realigning. In other words, the incumbent President Donald Trump and Democratic nominee Joe Biden, not to mention their respective parties, have a lot on the line. And of course, the coronavirus pandemic further complicates how the election will be conducted. Already an unusual election year, 2020 will test the integrity and efficiency of the United States’ electoral system.
Being a Good Sport
The peaceful transition of power hinges on losers being able to accept defeat. As of this writing, Trump’s national poll numbers have him polling far below Biden, at seven percentage points behind. Additionally, analysts from multiple sources predict Trump will lose the election. Like any incumbent leader, Trump is obviously keen to maintain his position. But unlike his predecessors, his reactions to these predictions and statistics are a troubling sign that he may not accept defeat in November — and his refusal to commit to a peaceful transition are an unsettling confirmation.

Trump also frequently complains of the imaginary risks of mail-in voting, which may very well take precedent in this election. He sees mail-in votes as illegitimate and null, despite little evidence of widespread vote-by-mail fraud. This is not the first time Trump has questioned the validity of election results. Before his victory in the 2016 election, Trump made repeated claims that the election system was “rigged.” If the election turns out to be a narrow victory for Biden, Trump may well challenge the results and be unwilling to accept defeat.
Cracks in the System
Unfortunately, this election is threatened not only by the possibility of the incumbent not accepting the results but also by weakness in our electoral infrastructure. First, we’re facing a shortage of poll workers this year since older people, who often volunteer, are at particular risk of contracting COVID-19. This adds strain to a voting experience that has already been criticized as being too long and inaccessible. Mail-in voting may be critical during this year’s election, and it has shown its success in places like here in Utah. But it is not without its weaknesses. The mishandling of mail-in ballots during New York’s June primary caused considerable problems for the state. Two months after the election, some congressional districts still had undecided results. This phenomenon may be repeated in the general election throughout the United States. Many ballots may be rejected or never sent. Additionally, since mail-in ballots take more time to process (for good reason), results will probably not come in on election night.

Disenfranchisement is another concerning issue. Ex-felons, for example, are barred from voting in many states, and mass poll closures disenfranchise people of color even more subtly. Enabled under a 2013 Supreme Court ruling, poll closing still continues in states through the South.
Foreign Meddling
2016’s presidential election had many distinguishing features, but perhaps none so extraordinary as meddling from foreign nations like Russia. Unfortunately, this trend is repeating itself. Russia is returning for another round, this time in even more explicit ways. China is no stranger to election meddling either and is doing so this election cycle. These countries interfere primarily through misinformation campaigns, which are very difficult to combat. This is not to say that solutions such as task forces, bills and investigations haven’t been proposed, but their success is far from a guarantee.

The 2020 election will prove whether our electoral infrastructure is strong enough for a new era. It seems bleak, but positive change can occur. Mail-in voting may become more commonplace, and polling places could be more efficient. American cybersecurity may well be strengthened. Regardless, the unusual circumstances of this election make it a turning point that voters and policymakers need to learn from, hopefully making the election process smoother and fairer both for citizens and candidates in the future.