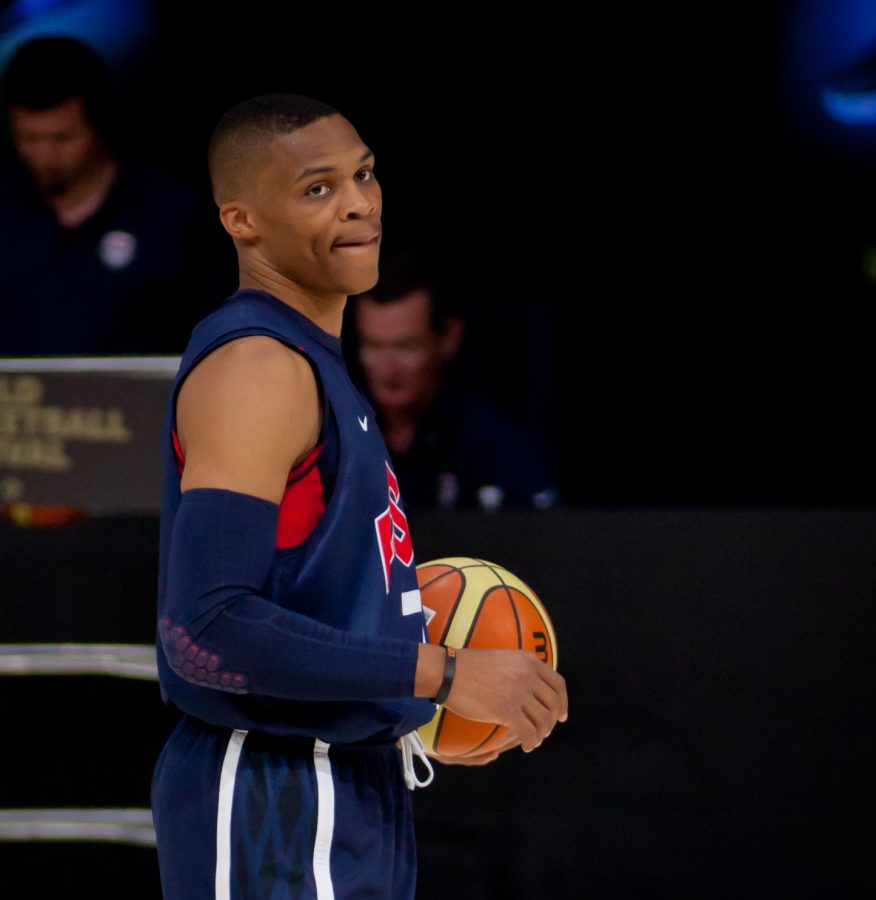 This season was a nightmare for the Houston Rockets. With championship aspirations coming into the year, they fell well short of their goal by losing in the second round to the Los Angeles Lakers. Chemistry issues plagued the team all year, and the fit between former MVPs Russell Westbrook and James Harden presented some issues. Now, after firing coach Mike D’Antoni, many expect the Rockets and GM Daryl Morey to make some aggressive moves to improve the roster. Team governor Tilman Fertitta is a notorious penny pincher, so there may be trades made in an attempt to shave salary. All of this lines up for a potential Russell Westbrook trade, despite acquiring him just last summer. After a dreadful postseason, his value has never been lower, and on a massive contract, possibilities are limited. Still, I could see the Rockets being desperate to shake things up yet again and move on from the former MVP.

Here are three possibilities for a Russell Westbrook trade:

For the Magic, this is an attempt to clear the crowded frontcourt. They have a lot of talent at the power forward and center positions and have needed quality guard play for years. Westbrook brings some excitement to a market lacking in it and potentially raises the team’s ceiling past just being an 8th seed every year. They aren’t giving up too much here, and I think the fit works on a team that desperately needs more star power.

Gordon has been in trade rumors for months and is a guy who adds athleticism down low and can play a bit of small-ball center for Houston. Bamba has struggled in the early part of his career behind Nikola Vucevic, but this gives him a chance for a bigger role in a new system. Aminu is a nice 3 and D player if he’s healthy, and the Magic clear his contract off the books.

This may seem like not a lot of value for Westbrook, but on his bloated contract, this is about all you can ask for.

These two get swapped straight up, 1-for-1. No picks, salary filler, or young assets. The Pistons need star power. One of the least popular teams in the NBA, the addition of a former MVP would push ticket and merchandise sales. Westbrook will at least be healthy for them, something Griffin wasn’t, and he gives this bare roster at least something to build around. This isn’t a great move for Detroit, but it’s something I can see them doing out of pure desperation. They need changes and this gives them one.

Griffin is a better fit for the Rockets. If he can return to some form of the Griffin we saw when he was healthy, this is a home run for Houston. He’s athletic in the frontcourt, an improved three-point shooter, and averaged nearly 25 points per game in his last healthy season. Maybe his injury history is a concern, but as a much better fit and with one less year on his contract, this is a great trade for the Rockets, and I’d do it in a heartbeat.

The only reason Houston doesn’t have to give up more here is because of Griffin’s uncertain health. He could easily come back and not look the same, or reinjure something. Still, it makes sense financially and fit wise, so it’s a deal.

A three teamer! This is such a Knicks move, isn’t it?

New York is desperate for a star. They’ve struck out in free agency over and over and over again. This team has basically nothing outside of RJ Barrett and Mitchell Robinson. They’ll bring in any All-Star who’s available. What better than having Westbrook bring fun back to New York basketball, and they don’t even have to give up much to get him. Randle is okay but doesn’t have much value to the Knicks, Ntilikina and Knox haven’t been incredible so far in their NBA careers, but maybe the Cavaliers can get something out of them.

Cleveland is also receiving the picks they were looking for in giving up Love, and trading Osman as well gets them some more value. Love has no value to a rebuilding team, and as far as young assets go for an aging, injury-prone center, this is about as good as they can do. Randle is mostly here to fill salary, but he can score pretty well and would potentially be flipped down the line.

Houston shakes it up by grabbing Love, who is a better fit as a stretch five and good rebounder. I think this fit is great next to James Harden, and he is less expensive than Westbook, so it’s a win for ownership as well. Osman is a nice young wing who I would love to see on a playoff team and gives Houston some more depth.

I like these trades. If Westbrook gets moved, there won’t be a ton of value for Houston, but it would make sense to get some new faces in there as they retool with a new coach and altered system. Of these three, I like the Cleveland/New York/Houston deal the best, as I feel like it does a good job of splitting the value and getting all three teams something they like better than what they had before. The NBA offseason is upon us, and it’s sure to be a good one.