Poma: Undecided Voter? Skip the Negative Ads and Do Some Research 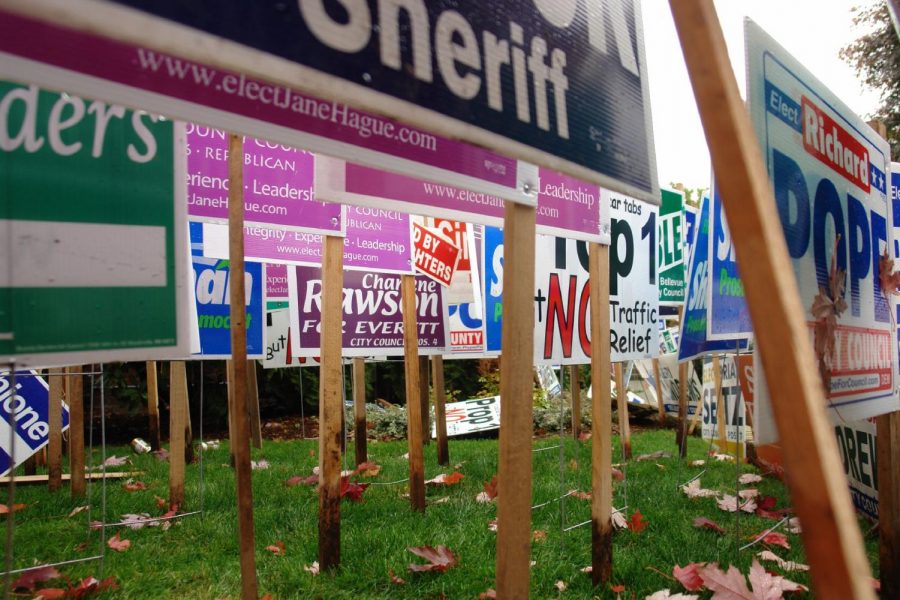 Election Day is just weeks away, and some Utah candidates have resorted to negative campaign tactics in a sad, last-minute attempt to sway voters. With an already strange presidential election, there seems to be no break from the insanity. Everything — from TV ads to websites to mailers — has become plagued with misleading statements about candidates across the state. These advertisements attempt to convince voters to choose one politician over the other in an often exaggerated, dishonest manner. In using this strategy, these campaigns are not contributing anything useful to the election process. Politicians need to understand how detrimental these advertisements are to a proper election and find new ways to engage their constituencies.

Negative campaigning has always been present — not just in Utah, but across the nation. I’m sure many of us have seen ads depicting candidates in a less-than-flattering light, and some might wonder why borderline slanderous remarks are allowed. Simply put, advertising laws give campaigns a loophole through the First Amendment. While ads can get pulled from the air for making outlandish claims, that hasn’t stopped campaigns on either side of the aisle from going negative.

The race for Utah’s 4th Congressional District between Rep. Ben McAdams and Burgess Owens introduced me to a prime example of negative campaigning. I’ve seen a lot of ads saying Ben McAdams is a “Nancy Pelosi liberal,” or attacking Burgess Owens over his numerous bankruptcies. Prior to seeing these ads, I didn’t know much about either candidate — and these negative messages did not make me want to learn about either one. I deliberated over whether to follow up on the debate they had earlier this month, and felt tired and annoyed after seeing the ads multiple times.

This problem persists beyond these two candidates. Some Utah Democrats recently sent out mailers against Republicans. They tried to tug at voters’ heartstrings by putting a picture of a little girl on the cover with the phrase, “Can you vote for a representative who would increase the food tax and hurt Utah’s most vulnerable?” The exaggeration and false claims against Republicans caused a backlash. A candidate’s party affiliation is not an indication of their leadership abilities. We aren’t in an episode of “Parks and Recreation” — these ads are useless in providing information for voters. The only thing I learn from them is that Utah’s political candidates are out of ideas for how to strengthen their campaigns.

It’s also difficult to constantly see advertisements attacking either side of the aisle. It feels as though politicians are trying to create more political division. When they target members of the opposing party, it can dissuade moderate or undecided voters from “choosing sides.” Organizations that run these ads — like the Congressional Leadership Fund, which aims to put Republicans into the House of Representatives, and the Democratic Congressional Campaign Committee, which aims to do the same for its respective party — damage voter morale and the integrity of the election process.

In previous local elections, it’s been made clear that Utahns are tired of these age-old scare tactics. In 2018, KSL opinion writer Debbie Dujanovic expressed that Utahns are “too smart” to be swayed by these ads. It’s disrespectful to the public for politicians to think they can hide behind outlandish claims against their opponents rather than strengthening their campaigns honestly. This negativity is clearly a last-ditch strategy to convince people to vote with their emotions rather than their minds — and often the emotional effects are “short-lived” at best.

Rather than be complacent with negative campaigning, politicians should spend their time and resources running unique platforms and getting to know the communities they serve. They should visit campuses and areas with historically lower voter turnout, engage in ethical advertising and create a welcoming election environment for all voters — not just those in their particular political party.

Voter turnout is lower for local elections than national ones, which is all the more reason to make people aware of important local matters. Spreading awareness in a respectful way will allow more people to access relevant information about candidates and their goals. This type of political harmony — or civility, at least — is possible to achieve. For instance, the final Utah governor debate between Spencer Cox and Chris Peterson went fairly smoothly.

In her op-ed, Dujanovic wrote, “It’s upsetting that our politicians are getting away with making things up, but it’s also an incredible reminder of how important it is to make sure that we’re doing our own research.” I couldn’t agree more. If we want to be educated voters in our local elections, we need to do the research ourselves. We shouldn’t let ads on YouTube or TV distract us from the core mission of creating a good state and nation to live in. And the faster Utah campaigns can understand that the better off our state will be.