Cushman: Utahns Deserve to Have Their Voices Heard and Votes Counted 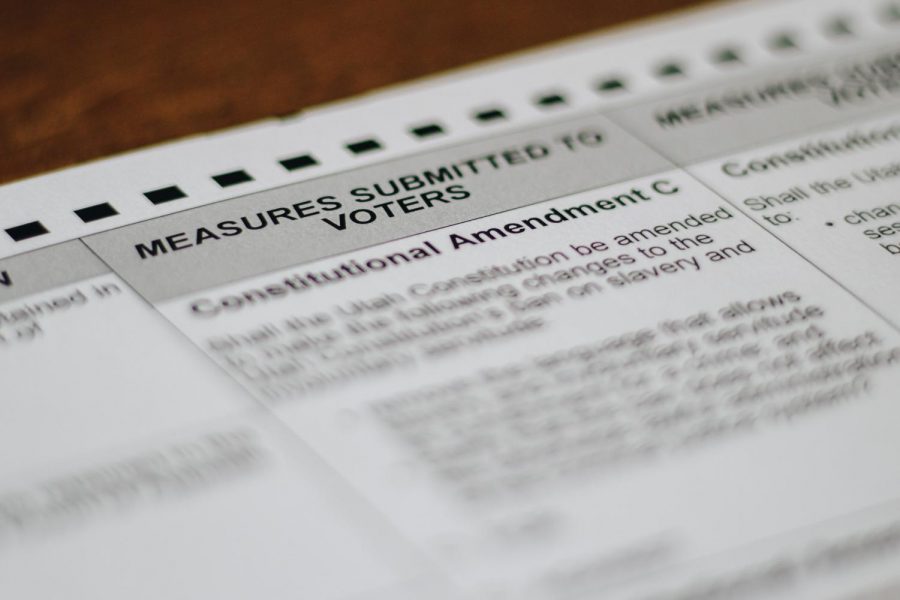 In 2018, Utahns voted in favor of legalizing medical marijuana; Ballot Proposition 2 passed with 53%. Many were shocked by the vote given Utah’s infamous conservativism, but it didn’t end up mattering — state leaders ultimately modified the progressive proposition passed by voters to be much different than the original ballot language. Utah voters made a choice, and our state government actively ignored it. Utahns deserve to have their votes on ballot propositions taken seriously.
Frustration Over Proposition 2
When voters chose to legalize medical marijuana with Proposition 2, the state legislature stepped in and replaced it with the Medical Cannabis Act, which changed how medical marijuana would be available within the state. The legislature and governor called the replacement bill a compromise between what voters chose and concerns from opponents of the proposition, but many advocates of medical marijuana felt they had to help the legislature create the replacement bill out of fear that the citizen referendum would be altered beyond recognition.

The passage of the Medical Cannabis Act resulted in some interest groups and citizens bringing a lawsuit against the state. The lawsuit focused largely on the legality of the legislature’s ignoring the results of a citizen referendum and passing their own bill, but also called into question the involvement of the Church of Jesus Christ of Latter Day Saints in creating the replacement legislation. The plaintiffs ultimately had to drop their lawsuit due to its financial burden, but they had valid concerns. Looking back at the actions of Utah’s legislators, it is clear that they intentionally ignored their constituents in favor of the values of the Church of Jesus Christ of Latter-day Saints and the Republican party, both of which many state legislators are members.

In 2018, Utah voters also approved Proposition 3, which would have significantly expanded Medicaid within the state. As with Prop 2, the legislature intervened, replacing Prop 3 with a more restrictive bill. Utahns expressed that they wanted access to affordable healthcare and the state legislature ignored the solution they approved on their ballots, signaling once again that what Utahns want is not as important to our representatives as creating legislation that aligns with the policies and values of their party.
This Election
The questions on our 2020 ballot are very different from 2018’s. Instead of citizen referendums, we have seven constitutional amendments to consider. However, unlike the policy changes we voted on two years ago, most of these constitutional amendments will do little to change the state of Utah. Amendment A, for example, will simply remove gendered language from the constitution if passed. While this would make our constitution more inclusive, it acts more like a virtual signal to progressives than a policy change towards their values. Amendment E would make hunting and fishing a constitutional right within the state — but such recreational culture is already active in Utah and there are not strong movements to take those rights away, meaning this amendment would do little to change the lives of Utah voters.

In 2018, we voted on ballot measures that could have created real political change in our state. In this election, we were not given the same opportunity. We were asked how we felt about linguistic alterations that will barely affect us. By asking to hear Utahns’ voices but not taking our decisions into account, the state inhibits our power while maintaining the illusion that we are being included in the policymaking process. Utahns deserve to have their ballots be representative of their voices and for their leaders to listen to them.
Our Ballots Should Be Taken Seriously
The Prop 2 vote felt “largely symbolic” to many 2018 voters. Even before Utahns filled out their ballots, the legislature was drafting legislation to replace the proposition if it passed or create their own bill to legalize medical marijuana in the state if it failed. Regardless of what Utahns were going to choose, the legislature planned to override their decision.

Utahns’ votes should be taken seriously. There is no point in having citizen referendums if they are only symbolic or if they can be openly dismissed by our state government. Our legislature should not plan to override or undermine our decisions before we even have the opportunity to make them. Utahns elect our state legislators to represent us. We deserve leaders who respect and follow our decisions — not merely hear our voices and move on. We deserve leaders who create faith in our government by serving us and acting on our behalf.

Until Utah legislators stop ignoring our decisions, we will remain not only unheard but unrepresented at the state level. As we look ahead to the 2021 legislative session, we must hold our legislators accountable to echo our values and fight for what our communities want regardless of party or church beliefs.