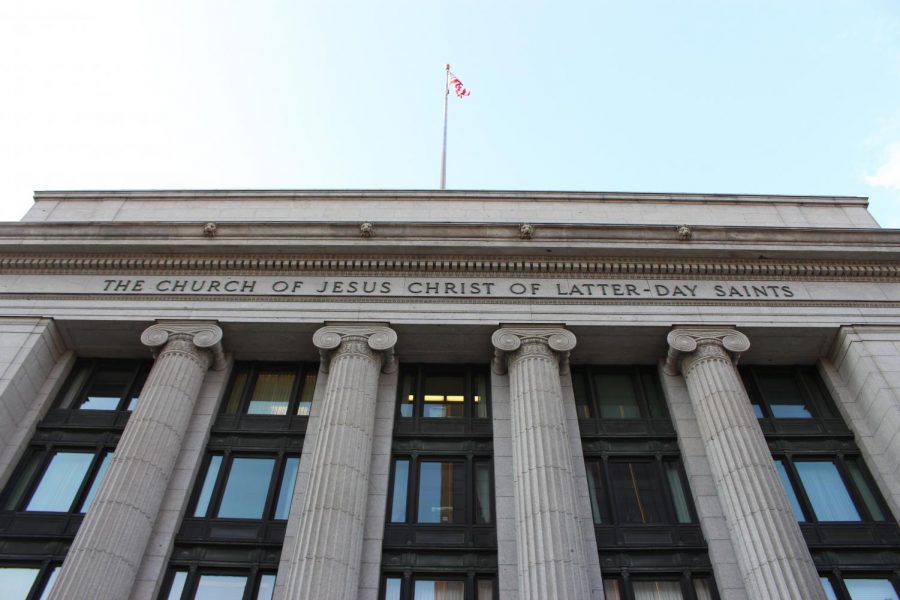 In the last week leading up to Election Day, President Donald Trump and former Vice President Joe Biden have been making their final efforts to garner support. Throughout their campaigns, both candidates have made appeals to voting members of the Church of Jesus Christ of Latter-day Saints in Arizona, Nevada, North Carolina and Florida. More recently, events such as Kamala Harris’ visit to This is the Place Heritage Park and the confirmation of Judge Amy Coney Barrett are gaining the attention of LDS voters. Presidential candidates’ recent efforts show just how important members of the church will be in determining the election outcome in swing states and especially Arizona — and they’ve made it clear that Biden understands the LDS faith much better than his opponent.

Trump struggles to garner LDS support because of his views on immigration and disregard for welcoming those who are different. His language also contradicts the church’s ideals due to its profane and vulgar nature. These are good reasons for LDS voters to doubt their ties to the president, if not the GOP at large. However, Democrats have struggled to attract LDS voters due to their religious attachment to “family values, personal liberty, and economic frugality.” This is a problem for Joe Biden.

Since neither candidate is the perfect fit for Latter-day Saints, the Biden and Trump campaigns are working hard win them over. States like Utah, Arizona and Nevada have significant LDS populations that could potentially be won by either candidate — and since Arizona was a contested state in 2016 and is again in 2020, LDS voters will be a significant factor in determining which candidate wins this swing state. With that in mind, each candidate is embracing different strategies to win this population.

Trump’s record on religious freedom and abortion may be his ticket to winning the Mormon vote. His nomination of the notably religious Amy Coney Barrett to the Supreme Court was, among other things, an important attempt to attract the support of LDS voters. Senator Mike Lee reinforced this appeal through his comment about religious persecution during now-Justice Barrett’s confirmation hearing, closely linking the heritage of the LDS church to Barrett’s Catholicism. Barrett has also received praise from prominent members of the church in the legal and government world, such as Professor Lisa Grow Sun of Brigham Young University’s Law School and former federal judge Thomas B. Griffith.

Just as important, Senator Lee directly used LDS rhetoric in advocating for Trump on the campaign trail in Arizona last week, going so far as to compare Trump to the Mormon scriptural hero Captain Moroni and paraphrase a passage of LDS scripture to include the words “fake news.”

Lee received heavy criticisms from members for his remarks via comments on his recent Instagram post. But his misguided messaging is not the only flaw with the Trump campaign’s attempt to reach Mormon voters. The LDS church’s nuanced stance on abortion means its members cannot be treated like other religious conservatives. Part of the reason Trump is struggling in his efforts to appeal to LDS voters is that he doesn’t show a genuine understanding of this aspect of the Mormon faith.

Of course, Trump is not the only one looking to gain the favor of Latter-day Saints. Biden has met off-record with church members and led “the most sustained faith outreach that we’ve seen basically ever from a Democratic presidential campaign,” according to an official with the LDS Democrats of America. In August, the Biden campaign held a virtual event where Latter-day Saints shared heartfelt reasons for their support for Biden with their fellow church members.

Biden’s running mate, Senator Kamala Harris, also visited This is the Place Heritage Park while in Salt Lake City for the vice-presidential debate. She took advantage of her visit to tap into LDS rhetoric, applauding the early Mormon pioneers and their embodiment of the “spirit of America” and publishing an op-ed in the church-owned Deseret News while she was in town. This op-ed is not subtle about the Biden campaign’s alignment with the values of the LDS church, but rather uses this platform to sincerely and genuinely connect to LDS voters.

These targeted efforts are largely the result of Josh Dickson’s work as the National Faith Engagement Director for the Biden-Harris campaign. Just the existence of this position shows that Biden cares about Latter-day Saints. But looking at all of the campaign’s efforts, it is clear that Biden is genuine in his appeals to LDS voters. He has earnestly sought to understand and relate to Latter-day Saints in a way that his opposition has yet to do.

Because the Mormon vote is up for grabs and will be significant in determining the outcome in swing states, LDS voters must recognize that Biden has done a much better job at approaching their faith than Trump. If you are a Latter-day Saint, I urge you to recognize that Biden has continuously worked to understand and represent the values of your faith. Take this knowledge with you to the polls and vote for the Biden-Harris ticket.