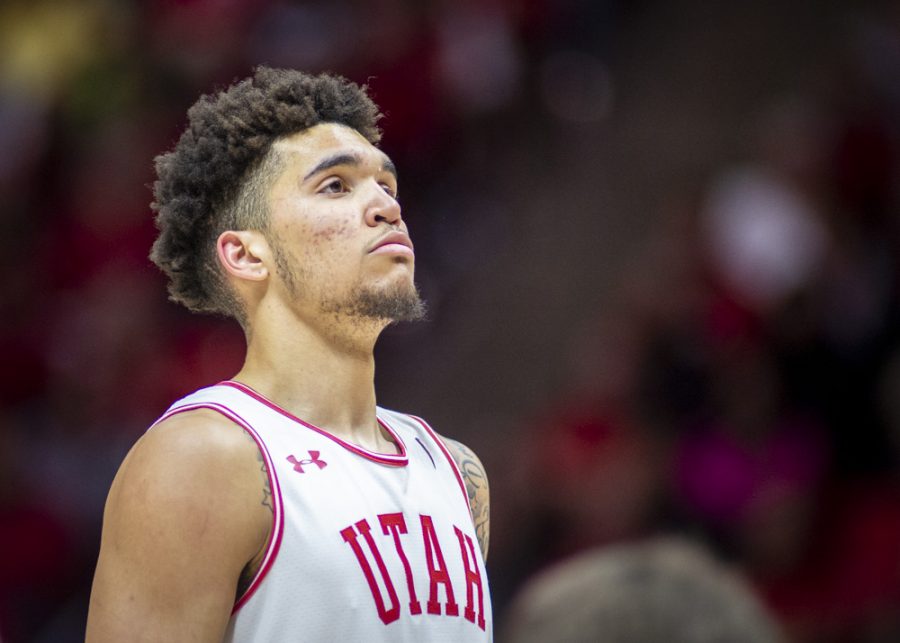 The Utes are getting closer to their season opener and met with the media on Pac-12 Men’s Basketball Virtual Media Day. Every team in the Pac-12 had a chance to speak to reporters, and the Utes sent junior Timmy Allen and Head Coach Larry Krystkowiak to the Zoom conference.

The Utes appear to be locked in for the season. They were ranked eighth in the conference in the preseason poll, but that doesn’t seem to worry them.

“I’m not surprised. They pick us around seven to nine every year. I think my freshman year they picked us ninth and we finished third, so truthfully I could care less about that,” Allen said. “We know we have something to prove. We know we’ve got the guys to do it, so we’re not too worried about that stuff.”

“I like being the arrow rather than the target, the bullseye, I always have. Hopefully with a chip on our shoulder. I think our league’s gonna be darn good, we’ve got a lot of quality coaches, we’ve got a lot of guys back,” Krystkowiak added. “I don’t care where they pick us. I think our goal is to punch our ticket, hopefully, we have March Madness, and that’s gonna be our goal until somebody tells us we can’t be a part of it. So I’m confident we can be real competitive in this conference.”

Utah has been practicing for a few weeks now as they gear up for Nov. 25 and the season opener against Dixie State. They feel good about their position as they get ready for their non-conference games, and then Pac-12 play.

“I think I’ll be just fine, as the course of the season continues to go on. I think I’ve been around the block enough to know the ups and downs of the season. I think my focus is on the team, and what I can do to help that,” Allen said. “Continue to help the guys, continue to grow as a team. It’s fun, but it’s hard, and some of the guys in the locker room don’t understand that yet. I think we’ll be good. I just want to continue to help the team and try to lead as best I can.”

Allen was named to the Pac-12 Preseason All-Conference First Team. He was the lone Ute on either the first or second team and was also the only Ute to receive any votes. Allen will be the star for Utah this year, and he has a real chance to finish on the first team again once the season wraps up.

“I think when we get to put everybody together and combine it and come up with some rotations, that’s when it’s gonna be fun. That’s when the popcorn starts — well I guess there won’t be popcorn poppin’ if we don’t have fans — but we’ll be ready when the TV lights come on.”

Despite being picked to finish eighth, the Utes had about fifty more points in the poll than Washington, who was ninth, and were only eighteen points behind Colorado at seventh. Utah is right in the mix for as high as fifth, and the middle of the conference especially is projected to be a dogfight. Regardless of what happens in the Pac-12, Krystkowiak feels they have a shot at the NCAA Tournament, and players and coaches alike are optimistic about Utah’s chances.