Saifee: We Need More Women in the Environmental Movement 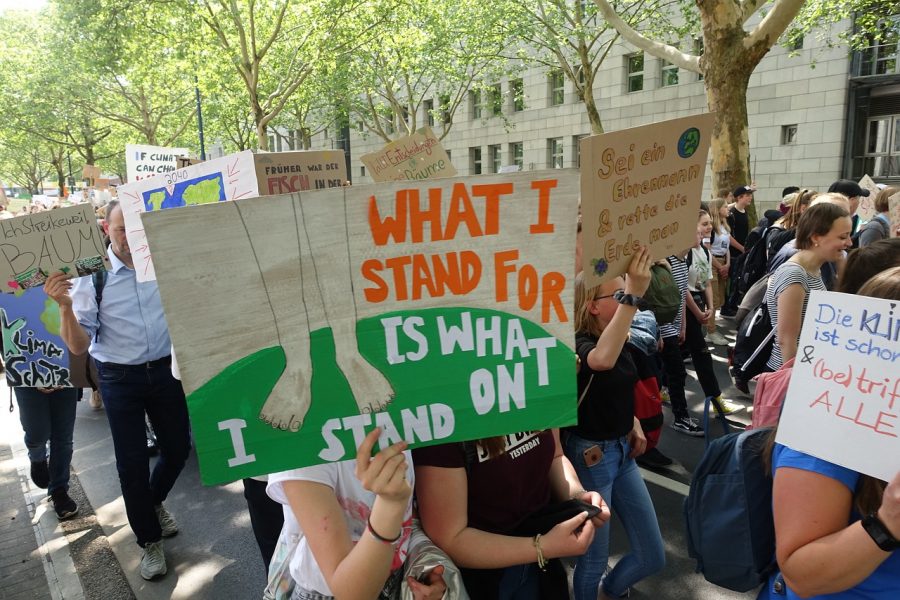 I am a junior in college studying the effects of climate change on our world. I must admit my major is sad. The reality is that humans have severely altered the earth, which has resulted in the loss of thousands of species. Our carbon emissions and consumption-based greed have forged an unhealthy relationship with the natural world. In the face of catastrophic destruction, it is quite challenging to maintain a positive attitude. Nevertheless, I’ve found strength in the community of people who care deeply about the environment, specifically the powerful women in my circle and around the globe, creating ripples of positive change.

A woman’s role in the environmental movement is unique because as she fights for the air, land, water and non-human species, she also advocates for gender equality. Climate change has already proven itself to be a multi-faceted problem, and to create a livable future, we must center solutions around diverse perspectives. Women have unique perspectives on these solutions because women bear the brunt of climate change’s negative impacts. Moving forward, we need more women to have a place at the table — a place with the power to solve the climate crisis.

One of the most pressing issues in the near future is climate refugees. The United Nations estimates that millions of people will be displaced due to sea-level rise and increased natural disasters frequency. Of those people, the UN estimates 80% will be women. To compound the issue, these women are also more likely to suffer the long-term effects of an environmental disaster. They are the first to lose income and experience violence in the aftermath of a climate-related disaster. As a community rebuilds, women are subjected to an increased workload.

This disproportionate effect on women happens here in Salt Lake Valley too. According to the EPA’s air pollution analysis, women are more likely to experience pulmonary and cardiovascular problems than men. It isn’t limited to physical harm. Women suffer from far greater mental and emotional duress.

Policy wide solutions to climate change must consider the implications of being a woman to provide inclusive care. The best way to go about this is by increasing the number of women in leadership and decision-making positions. However, women worldwide lack access to education, healthcare, equal rights and economic opportunities. All of which prevent women from assuming powerful roles. Developed countries fare better in closing these gaps, but surely we can do better. As evidenced by Kamala Harris, the first woman elected to the vice presidency, significant work still needs to be done. Developing countries need women to hold leadership positions, especially since their carbon emissions will increase significantly by 2050 if left unchecked. Research also suggests that countries with women in political positions cut their carbon emissions and sign more environmental treaties.

Despite the odds stacked against women, they have proven to be adaptive and resilient. In 2018, Greta Thunberg, a then fifteen-year-old with Asperger’s, started a school strike to raise awareness of climate change’s urgency. A strike each Friday was the spark that ignited the world’s youth. Thunberg is now the figurehead of youth activism. Nakabuye Hilda, an environmental activist, focuses on her community in Uganda to organize plastic clean-ups and protests against carbon emissions. Rhiana Gunn-Wright, one of the Green New Deal’s lead authors, is transforming the policy approach to climate change. Faith Spotted Eagle, an indigenous woman, has been fighting against drilling on her native lands for the last 20 years. The world needs more women like them. Women need to be afforded the same opportunities, so there can be more Gretas, Nakabuyes and Rhianas.

When women are supported and uplifted, they are mighty environmental warriors. Men have often domineered over women and the earth’s natural resources, but the times are changing. Women are starting to take the lead in climate action and championing a collaborative community of change. So when we fight for women’s rights, we synonymously fight for the planet. With each woman who is allowed resources and education, the gendered inequality gap becomes smaller. Increased participation by women makes the climate movement more collaborative and effective. With each additional woman in power, the world becomes a better place.