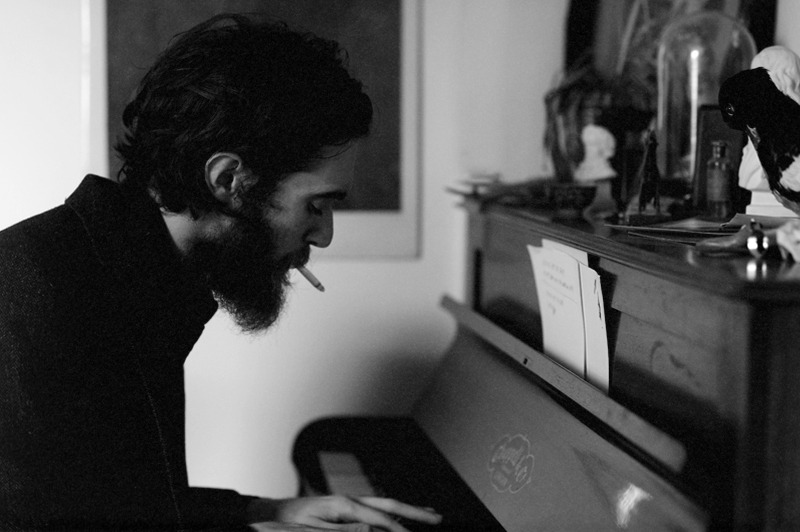 Keaton Henson is an English musician, poet and visual artist whose work is known to provoke intense emotion and feeling. He has released five folk-rock albums, including the popular “Dear” and “Birthdays.” His paintings have appeared in galleries around the United Kingdom, and he has published two books of poetry as well as “The Tallowmere Annual” — an audio-visual experience containing Henson’s art, words and original compositions.

In 2019, the album “Six Lethargies” — composed by Henson and performed by Royal Liverpool Philharmonic Orchestra — was released and well-received by fans and critics alike as Henson’s first musical release since 2016’s “Kindly Now.” “Six Lethargies” features just seven songs but manages a run time of one hour and five minutes, during which emotional highs and lows are brought to life by a haunting composition.

“Monument”
Henson spares no emotional expense with his latest record, “Monument,” and the result is a wonderfully evocative and honest album. While still remaining close to the composition of past works, Henson also experiments with a new, more lighthearted sound on some tracks of “Monument” — an approach foreign to Henson’s usually somber style of songwriting.

The themes of the record range from loss and fear, to hope and the beginnings of new love. It is equal parts a love letter to the pain of grief — the album was released approximately 10 months after the passing of Henson’s father, actor Nicky Henson — and the renewal of hope.

Tracklist
The album begins with “Ambulance,” an overwhelming lament for the struggling artist — a theme often reflected in Henson’s previous work. He sings “I’m half a songwriter, half a man / Not fully either.” These lines are a poignant reminder of the imposter syndrome that many artists — particularly those who struggle with anxiety as Henson does — experience.

“Self Portrait” is a beautifully metaphorical and honest look at how fleeting life can be, and how creativity is often the same — a metamorphosis that leads to the discovery of truth. “Bed” and “The Grand Old Reason” are ruminations on loss and grief. The fear of death is a tangible sensation in these tracks, and Henson’s unique vocals are able to communicate that feeling very well.

In contrast to the largely melancholic tone of the album, “Husk” delivers a light and comparatively upbeat ode that captures the foolish and exciting beginnings of new love.

Verdict
It isn’t an exaggeration to say that “Monument” delivered on being my most anticipated release of 2020. The somber melodies and haunting vocals that are so familiar to fans of Henson’s previous work, and often intriguing to new listeners, are stronger than ever on this record. Alongside some of Henson’s most honest and gut-wrenching lyrical confessions to date, these things make “Monument” a haven of musical catharsis.