Alexander: Trust Scientists about the COVID-19 Vaccine, Not Politicians 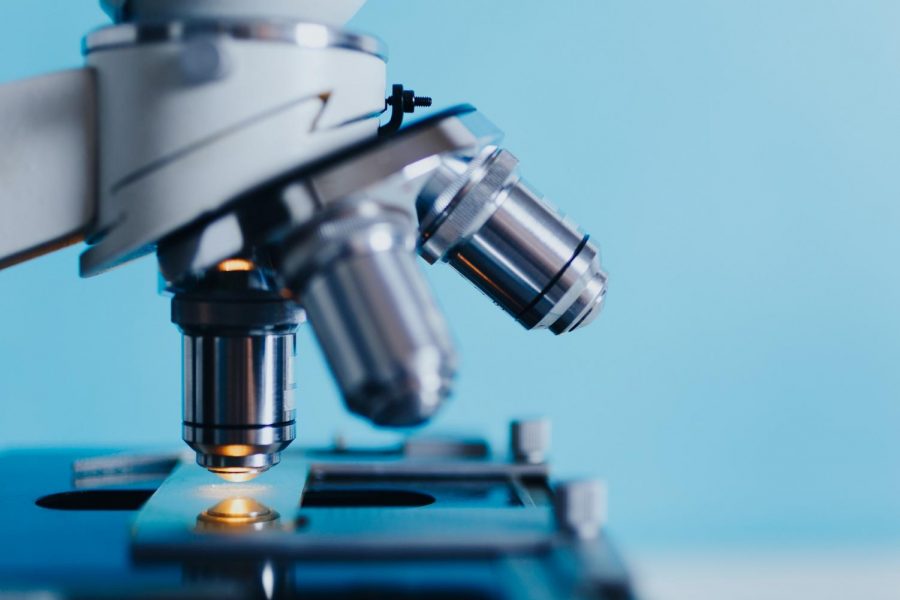 The United States’ response to the novel coronavirus has been dangerously sub-par, met with opposition and incredibly divisive. As political affiliation has heavily influenced people’s beliefs about the virus, Americans are split as to whether they follow protocols like social distancing and mask wearing. With COVID-19 cases climbing and the death toll rising, we need a way to eliminate the virus and stabilize the health of our communities. One such method is the approval and nationwide distribution of a vaccine.

Unfortunately, Americans are having a hard time trusting expert health officials and the scientific community thanks to the distrust sowed by President Donald Trump. Because of Trump’s willful spreading of misinformation, Americans are less likely to trust a vaccine for the coronavirus. On top of that, Trump’s pressuring of the Food and Drug Administration for his own political gain has wreaked havoc on the vaccine approval process, and the anti-vaccine movement is growing stronger every day because of social media and widespread suspicion of the Trump administration.

It’s time we stop listening to politicians and start listening to top health experts and vaccination officials. These scientists, experts and officials went through years of education and research to understand how viruses and pandemics work — so when they tell us to take the vaccine, we need to take it.

Since the start of the COVID-19 pandemic, 38% of the misinformation about the virus has been linked to Trump in some way. Through press briefings and his childish Twitter account, Trump has shared outrageous “miracle cures” and other fallacies published by pseudo-doctors rather than expert health officials. On February 27, Trump claimed that the virus would “disappear” like a “miracle” and continued to lie about it from then on, inciting panic and confusion when he asked health experts about “injecting bleach” and “using light” to fight off the virus. Trump also shared a video about the pandemic in which Dr. Stella Immanuel — who originated a conspiracy theory that gynecological health problems are the result of contact with demon sperm — explains some aspects of the coronavirus. And Trump continuously ignores the advice and suggestions of top health officials like Dr. Anthony Fauci, the nation’s leading expert on infectious diseases.

Trump’s constant spread of misinformation to the American public and his devout supporters is sowing further distrust and division, making many of us question who to trust during this crisis. Willingness to be vaccinated has fallen to 50% among Americans as of late September, and much of this decline can be attributed to Trump’s lies.

In addition to inciting confusion and suspicion through misinformation, Trump and his administration have also pressured the FDA to create and administer a vaccine as fast as possible. This increase in pressure was a response to Trump’s trailing poll numbers as he searched for a way to get the economy back on track to raise his popularity leading up to the election. Pressuring the FDA to make a vaccine to guarantee more support was a dirty trick, and it has not encouraged Americans to trust him or his administration. More importantly, because of the rush to produce a vaccine, many are concerned it won’t be safe. Trump is undermining people’s willingness to be vaccinated and exacerbating the threat COVID-19 poses to public health.

It doesn’t help that even before the Trump presidency, the anti-vaxx movement was gaining popularity. This fall, 49% of Americans have said they would probably or definitely not get the vaccine if it were available now, demonstrating that anti-vaxxers are a force to be reckoned with. Just like the president, they have spread misinformation about vaccinations and planted further suspicion of health experts through social media. Many falsely cite spy-like software from Bill Gates and other outlandish theories as the reasons for their mistrust in vaccines. Several social media sites like Facebook have committed time and effort to limiting the spread of such misinformation, but the anti-vaxx movement is gaining traction nevertheless and undermining the nation’s best shot at eliminating the coronavirus.

We cannot stand for this misinformation, ignorance and dirty politics any longer. When expert health officials tell us to take the vaccine, we need to take it — regardless of who is in the Oval Office. The health of our communities should hold higher value to us than the biased claims, or irrational ramblings, of politicians. It’s time we start putting people before politics and adhering to expert advice. We might not like what health officials have to say, but they are experts for a reason.