Kincart: Is Your Post-Election Rhetoric Exclusive? 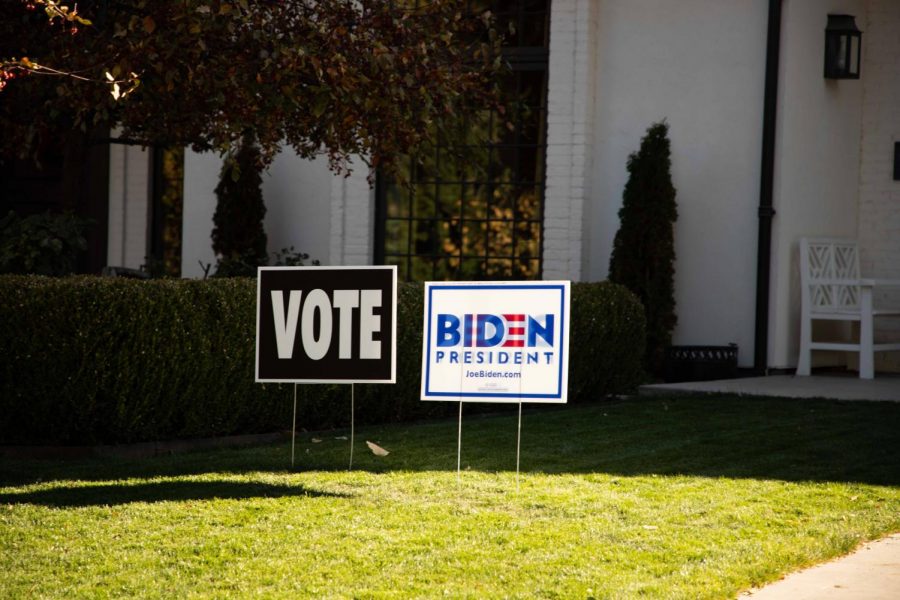 In the weeks leading up to and away from the election, it is not unusual to hear friends say, “If Trump wins, I’m leaving the country.” In 2016, Canada’s immigration website crashed as Trump’s margin of victory grew. Even though these threats of leaving the country are not new, they do seem to be more serious this year. Most of us know about some United States’ exclusive immigration laws (remember the Muslim ban?), but we most likely don’t spend a lot of time thinking about other countries’ laws. Threats of leaving the country are not without reason given the human rights implications of this election. But when we discuss election results, we need to remember that discriminatory immigration laws may make it impossible for some people to move.

Racism in Immigration Laws
The British Nationality Act of 1981 implemented a system that effectively grants British citizenship automatically to white people, yet Black and Asian prospective citizens must apply. Treating citizens of equal standing differently in the law based on their race is racist, regardless of whether it is facially neutral.

Another example of racism that we should be aware of can be seen in Australia’s immigration system. Australia takes a race-blind approach to immigration, which is not working. If we take into account, the disparities that drive people to immigration services (e.g. natural disaster, famine or civil unrest), some will need more protection than others. By not taking these disparities into account, these policies are blind to the current realities of immigration. This is a form of discrimination that we must take into consideration when we talk about our plans to immigrate to a different country — as citizens of the US, we do not experience these disasters as frequently as other countries.

Additionally, Canada uses a point-based immigration system that awards points on the basis of things like age, gender, level of education and work experience. Varying access to education and work experience around the world creates barriers that can exclude some people from Canadian citizenship. This same point-based immigration policy also poses similar problems for women.

Sexism in Immigration Laws
Across the globe there are disparities in women’s access to educational opportunities. There is also a gender gap in the global workforce, indicating that men are more likely to participate in the labor force than women. When points-based immigration systems factor in education and work experience, women will be disadvantaged. Any immigration system that admits migrants for work reasons will hurt women since they are more vulnerable to labor market discrimination.

Another example of gender discrimination is seen in The Borders, Immigration & Citizenship Act of the UK which discriminates against passing citizenship through the female bloodline. In instances where a child is born abroad before 1983 and they wish to gain citizenship through their British mother, the applicant must pay a fee. However, if a child was born in these circumstances and wanted to gain citizenship through their father’s bloodline, no such fee would be necessary. No matter how one looks at it, the differentiation between the mother and father’s bloodline is sexist. We understand that gender allows for different privileges in our everyday lives, and we need to apply this understanding to our conversations about immigration too. We need to realize how gender can create privilege when we talk about immigration. It could very well isolate the person you might be speaking with.

Ableism in Immigration Laws
The same recognition of privilege is required when examining how immigration laws discriminate on the grounds of ability. Canada’s immigration laws previously permitted turning away an applicant if they “Might reasonably be expected to cause excessive demands on health or social services.” Although Canada has since made changes on the medical cost threshold and definition of social services, it still favors immigrants with less severe or apparent disabilities. Applicants must go through physical and mental health exams to demonstrate that they will not burden Canada’s government.

For many people, it’s not easy to flee to another country because racist, sexist and ableist immigration laws make it hard for people to immigrate. Assuming that we can simply leave the unrest in our own country and immigrate to another discounts the hardships that so many people face. We must recognize our privileges when we speak about the election results in coming weeks. We should work to make the immigration laws in our country inclusive instead of ignoring exclusive policies of other countries in our lighthearted conversations.