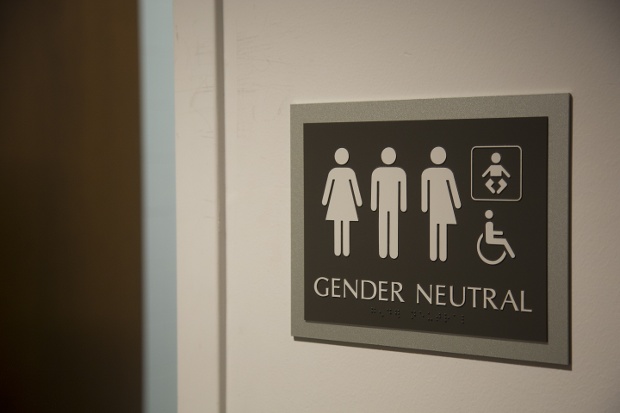 I spent the majority of my high school career working for Planned Parenthood’s Utah Teen Council, a program where young people provide sex education to their peers. My experience with Planned Parenthood transformed my outlook on the world, perhaps most profoundly when I first studied the things I would be teaching and why. As a young girl, like all pre-adolescents, I was curious about sex — how it worked, what it was and how it related to me — but I felt unable to discuss it. I wanted an education, not awkward conversations with parents — or, worse, misinformation passed along by ill-informed classmates. Recognizing this void, I took it upon myself to learn despite the systems in play meant to foil me in my pursuit.

When I became a Teen Council educator, I was excited to share the things I had so desperately wanted to know, but I soon realized that was impossible due to Utah’s sex education laws. I could talk about human anatomy and the changes that take place in a maturing body, but the true discomforts and worries teenagers have about sex — the topics we should really be discussing in a sex education class — are banned from in-school conversations. So much for education being the answer, right?

I still wonder if students like the ones I worked with got answers to their unasked questions, would Utah’s teen pregnancy rate still be 13.1%? Would the rape rate still be higher here than the national average if boys and girls alike were taught to respect each other’s bodies? Sex education is tricky to talk about with full-grown adults, let alone pre-pubescent kids, especially in a conservative state like Utah — but there’s no one to blame for the crippling taboo-ness of the subject but ourselves. And we have to change. Our students need and deserve comprehensive sex education.

For non-Utahns, the best way to explain Utah’s current stance on sex education is by describing a Burgess Owens campaign ad that came out shortly before the 2020 election. It was an attempt to dissuade constituents from voting for Owens’ opponent, Ben McAdams. Over music that sounded straight out of a horror movie, a deep and appalled voice said, “Today [McAdams] has a 100% rating from Planned Parenthood,” as if it were a sin worse than murder. Owens won the race to represent Utah’s 4th congressional district days after the ad ran.

Even more reflective of Utahns’ values is our sex ed legislation, which prohibits “the advocacy or encouragement of the use of contraceptive methods or devices.” In other words, Utah public schools are still required to teach abstinence-only sex education as of this year.

This means that Utah schools, which serve 665,790 students, expect teenagers and young adults not to engage in sexual activity until marriage — at least not if they want to avoid unwanted pregnancies and sexually transmitted infections. The result of that expectation is that when Utah students find themselves in sexual situations, consensual or otherwise, they are often not equipped with the knowledge to keep themselves safe or deal with the consequences of the aftermath. Even worse for children from conservative families, Utah is one of just five states that still require parent permission to teach sex education. I mean, let’s be frank, when will a parent ever be truly ready to talk to their baby about the big “S” word? In my experience, the answer is never. So not only is the sex education being taught insufficient, it’s optional, which results in tens of thousands of devastatingly unprepared students every year.

Supporters of abstinence-only education make one good point — abstinence is the only sure way to stay safe from unplanned pregnancies and STIs. But, it’s also a sure way to perpetuate antiquated shame and guilt people have felt for generations, and it often backfires. When students do act on their biological instincts, because they always will, our communities are only left with more of the problems — like teen pregnancy, disease and sexual violence — they aimed to prevent. Furthermore, members of the LGBTQIA community are completely left out of the sex education curriculum, resulting in a whole population of unwelcomed, unacknowledged students.

Comprehensive sex education would tear down the walls of stigma and taboo that we’ve built around sexuality and create a more inclusive, open and healthy environment to discuss these universal issues. We’d see and experience decreases in unplanned pregnancies, sexual violence, STIs, and even shame around sexuality and body image. Students would know the importance of sexual health practices and how to implement them. California’s Healthy Youth Act, which provides youth with mandated comprehensive sex education, perfectly demonstrates all the good such progressive legislation can do. Offering Utah students comprehensive sex ed does not mean they wouldn’t learn that abstinence is the only 100% effective way to avoid unplanned pregnancies and STIs, but they’d learn it’s not the only way — meaning they’d be empowered to make the choices they’re already making in safer, healthier ways.

Anyone who grew up in Utah probably has a story about how their lack of sex education affected them negatively at some point in their lives. Future generations deserve better. Let’s give them comprehensive sex ed.