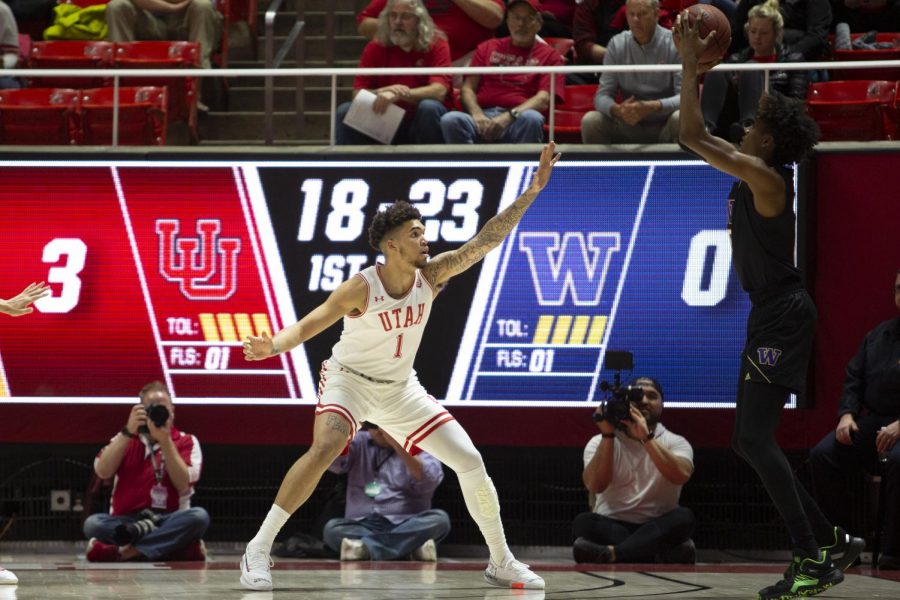 After being one of the youngest programs in the country last season, Utah is now a year older and wiser since its nearly nine-month hiatus from competition due to the COVID-19 pandemic.

Unfortunately for the Utes this will be their first competition of the new season as the program decided to remove themselves from the South Dakota-based Crossover Classic due to the rapid rise of COVID-19 cases in the state.

As for last season, Utah finished 16-15 overall with a 7-11 conference record. While that may have been disappointing to many, Utah was able to defend their home court as they were 12-2 at the Huntsman Center, only losing to the University of Oregon and UCLA who were No. 1 and No. 2 in the conference.

One of those home wins included the last meeting between the Utes and the Huskies, which came down to wire and was decided by a single point as Utah defeated Washington 67-66.

Riley Battin recorded a season high in points during the last meeting against Washington as he scored 17 points on 5-12 shooting and 2-6 from three-point range. Timmy Allen and Rylan Jones also contributed as they both scored 13 points and helped fuel Utah to a victory over their inter-conference foe.

Timmy Allen will look to lead Utah offensively again this season as the Junior from Mesa, Arizona has aspirations to elevate his game to the next level. Last season, Allen averaged a team high 17.3 points per game and 7.3 rebounds. Expect Allen to begin his season strong and take the reins for the Utah offense against the Huskies.

Words from Coach Larry Krystkowiak:
“I’ve always wanted to have a player led team,” head coach Larry Krystkowiak said in his interview with 1280 the Zone on Monday. “I don’t want it to be a coach driven team. I think we’ve got a nice group, Timmy Allen, and Riley Battin, and Rylan Jones were just named team captains yesterday with our team and those guys have a lot of moxie and stand for a lot of the right things. So we can put the reigns in their hands as far as leading our team.”

The Washington Huskies have a slight advantage coming into Thursday night’s contest due to the fact they already have two games under their belt. While Washington was absolutely floored by No. 2 Baylor 86-52 in Las Vegas, the Huskies were able to pick up an additional game against UC Riverside.

However, the second game wasn’t much prettier than the first as the Huskies dropped to 0-2 after losing to the Highlanders, 57-42. The only bright spot was that Quade Green scored 18 points, grabbed 8 rebounds and recorded 4 assists.

While Washington lost their two best players in Isaiah Stewart and Jaden McDaniels to the 2020 NBA draft, the Huskies will return senior and leading returning scorer Quade Green. Last season, Green averaged 11.6 points per game, 2.6 rebounds and shot 51% from the field.

Green may be the only true threat the Utes will need to watch out for as the team will be without senior Nahziah Carter, who violated the Intercollegiate Athletics student code of conduct and is currently on suspension.

How to follow the Matchup:
The Runnin’ Utes will open their season against the Huskies on Thursday, Dec. 3 at 4 p.m. at the Huntsman Center. The game will be televised on Pac-12 Networks and radio broadcast on ESPN 700 with Bill Riley and Jimmy Soto on the call.