The Podcast That Asks if Democracy Actually Exists in the U.S. 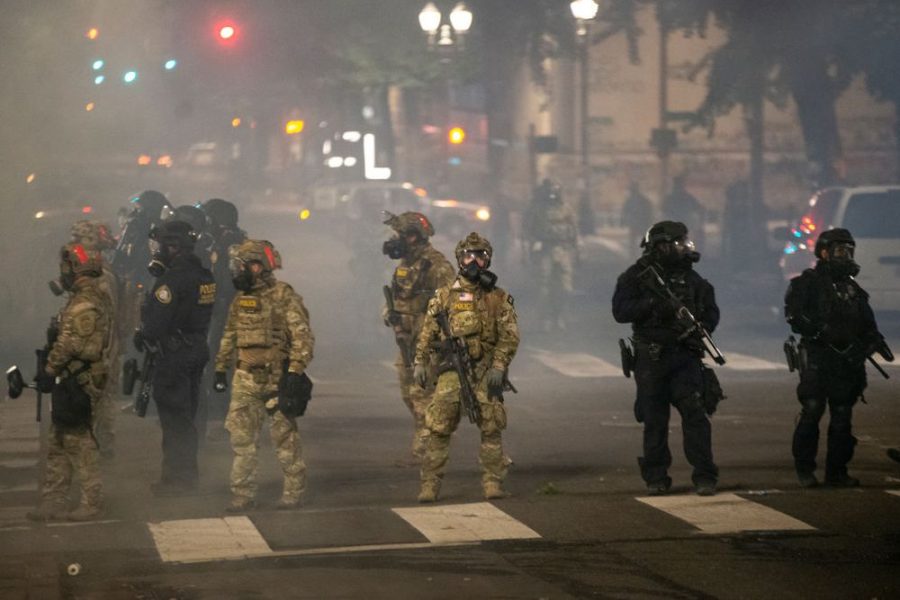 Democracy is the lifeblood of this country, born in that gory summer of 1776 when the Founding Fathers established the power of the people in a way that no other nation had before. Right?

To John Biewen and Chenjerai Kumanyika, co-hosts of “The Land That Never Has Been Yet,” the story of American democracy may not be all it’s cracked up to be. Released by Scene On Radio throughout the course of this year, the podcast leads listeners through pivotal — and dangerously misunderstood — moments in United States history, from the inception of the American nation to globalism and voter suppression in 2020.
“The World’s Last True Empire”
Patient but persistent, Biewen and Kumanyika dive head-first into questions that are often too taboo to ask aloud. Is the U.S. military really a force for good in the world? Are public schools generally designed to inspire democracy, or something else? Why do we have the Constitution in the first place? Biewen warns that their investigation could “complicate, maybe upend listeners’ understanding of American history.”

Despite my growing disillusionment with the narrative of American exceptionalism, I was still surprised to learn that many writers of the Constitution explicitly feared democracy — because it might give too much power to the poor — or that while killing civilians during the Vietnam War in the name of containing communism, the Pentagon also actively suppressed free elections. I was also surprised to learn that the U.S. maintains around 800 military bases outside our borders, while other countries maintain significantly less. These, and other little-known events, are what make historians like Nikhil Pal Singh argue that the U.S. is more empire than democracy — perhaps even “the world’s last true empire,” as Biewen puts it.

Paired with a shocking retelling of well-known stories, Biewen’s and Kumanyika’s conversations — featuring professors, politicians and eighth-grade students — make for an unforgettable and ultimately hopeful experience. “The Land That Never Has Been Yet” is a podcast I recommend for those who are well-aware of American injustice, those working to open themselves up to it and everyone in between.
“Let This Come Into Our Minds”
2020 has been a year of upheaval and reconciliation. Many have — for the first time — acknowledged the real design flaws of our country, while others have more passionately engaged with these problems. “The Land That Never Has Been Yet” made clear to me that before any U.S. citizen — particularly those who have been more insulated from oppression — makes peace with this grim American legacy and put it on the back burner to carry on as normal, we must ask ourselves if that’s actually up to us to decide.

This podcast series asks all Americans — how can we navigate the legacy of our country, and create a better one, if we aren’t continuously and honestly confronting it?“I think once you’ve really grasped this clear picture of America’s role in the world, once you’ve brought the victims and survivors into full focus and included them as part of the American story, it’s not enough just to talk about it but then kind of dismiss it as too big or too complicated,” Kumanyika said in episode nine. “You actually have to let this come into our minds and hearts and push us. How can we honestly face this truth of suffering and injustice, and not challenge the American institutions that act as an empire?”

“The Land That Never Has Been Yet” includes twelve hour-long episodes. They are freely accessible through Duke University’s Center for Documentary Studies.