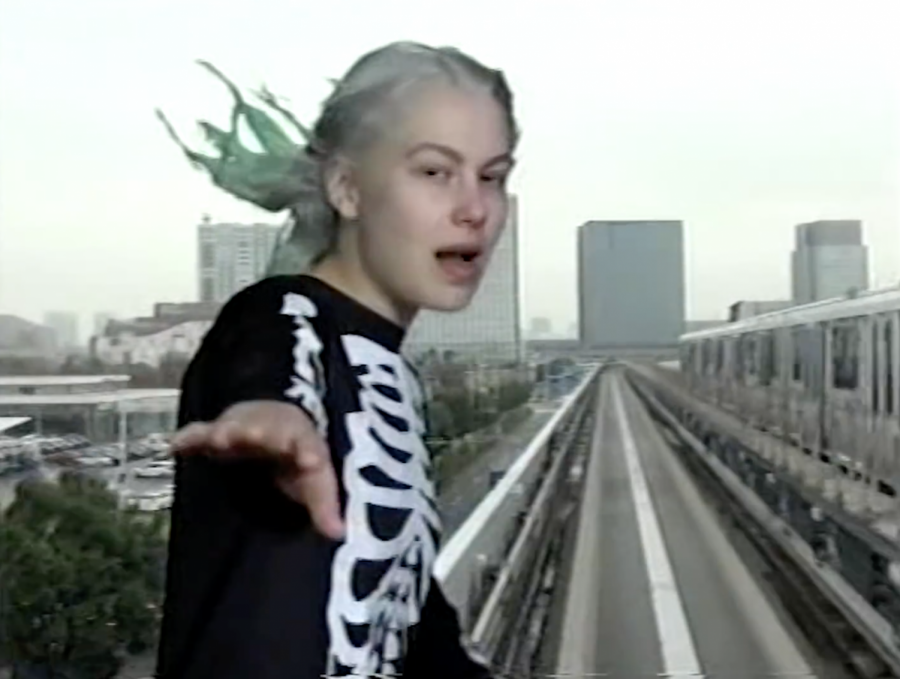 What a year. There were several concerts I was looking forward to in 2020 — most of all, Goth Babe and Orville Peck. I did get to see Poppy with some friends in January before we knew what was to come in March, but the rest of my concert plans were quickly tossed into oblivion. That said, I had no shortage of stellar new music to experience this year. Here are the 2020 albums that not only solidified themselves as some of my all-time favorites — but will also go down in history as the music that carried me through a global pandemic.
4. “Dreamland”
This dreamy and aptly-titled album by Glass Animals was released four years after the iconic and internationally successful “How To Be A Human Being.”

Fans like myself were delighted to get more of that ineffable, sticky, organic sound that Glass Animals is known for — but “Dreamland” also shows that the group is headed in a distinctly new direction. “Space Ghost Coast to Coast” and “Melon and the Coconut” blend the album’s airy, 8-bit tunes with new rap-influenced tempos and vocals. Glass Animals also collaborated with Denzel Curry on this record to create the pop hip-hop hit “Tokyo Drifting,” which was released ahead of the rest of the album as a single.

“Dreamland” is a clever neo-pop album that added a lot of color to a very grayscale year. Lyrics from “Heat Waves” keep running in my head, taking me to a pandemic-free world of summertime heat and freedom with “Sometimes, all I think about is you / Late nights in the middle of June / Heatwaves been faking me out / Can’t make you happier now” and “Road shimmer wigglin’ the vision / Heat, heat waves, I’m swimmin’ in a mirror.”
3. “Angelyne” and “Sadie & Maud”

Alright, I know these two singles aren’t albums of their own, but they’re simply too addicting and unique to be excluded from this list. Both of these self-released tracks offer an ethereal feel that’s uniquely Prince Innocence. Yet, the tracks also mark the Toronto duo’s ability to gracefully evolve their sound over time, as “Angelyne” and “Sadie & Maud” are considerably more bass-heavy and trance-inducing than past songs — in a good way. The lush and glittery “Sadie & Maud” practically commands listeners to sway to its beat. The hypnotic “Angelyne” boasts a level of depth and texture that I’d argue tops all their previous work.

Considering I had these singles on repeat at home for two months straight, I’m just grateful that my partner likes them, too. He called Prince & Innocence’s style “calm house music,” and I like that description a lot. Their sound makes me feel like I’m either dancing at a hazy dystopian nightclub or astral projecting, or both.
2. “Zeros”

The live broadcast of Declan McKenna’s “Zeros” was the only concert I “attended” during the pandemic, and it was worth every minute. Recorded in August 2019 and released in September 2020, this album is electrifying. It explores what it’s like to grow up and feel anger towards the false story you were sold about the world, and its themes of apocalypse and global struggle couldn’t be more relevant. I’m grateful for the creative work that went into “Zeros” — because screaming along to “You Better Believe!!!” and “Rapture” was a surprisingly cathartic experience for me this year. You can check out my in-depth thoughts on the record here.
1. “Punisher”
I have my best friend from back home in Georgia to thank for convincing me to explore what turned out to be a life-changing album. Although I was late to joining the Phoebe Bridgers fanbase, after the spiritual transcendence I experienced while watching the “Kyoto” music video, there was certainly no turning back for me. I think I’ll always tear up when I see her zoom across bad green screen images of city skylines and a Komodo dragon, as she sings, “I don’t forgive you / But please don’t hold me to it / Born under Scorpio skies / I wanted to see the world.”

“Kyoto” is an unmatched lyrical and vocal wonder, and at the end of the day, it’s the reason this album is on my list. But the entire record is beautiful. Tracks like “Garden Song,” “Punisher,” “Halloween,” “Moon Song” and “Graceland Too” together form an enchanting landscape of folksy elegies. “Punisher” is an album saturated with Bridgers’ curiosity about being alive on this planet, as well as her longing for reconciliation with loved ones and past versions of herself. These themes hit particularly heavily during the anxiety and isolation of 2020.

Phoebe Bridgers continues to mesmerize us with her vulnerable songwriting and her reimagining of the emo, folk and indie-pop genres. I can’t wait to see where she takes us in 2021.