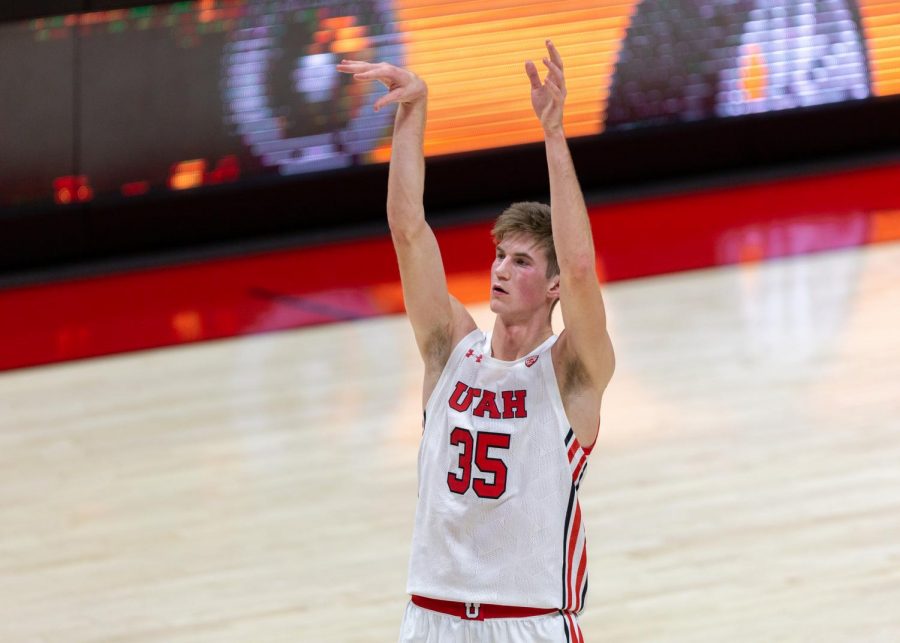 The Runnin’ Utes picked up a much-needed win on Thursday evening, defeating the Washington State Cougars on the road in their most dominant performance of the season. Utah moved to 6-6 overall, 3-5 in the Pac-12 with the win tonight.
First Half
The Utes started off pretty hot offensively, scoring on seven of their first ten shot attempts. Sophomore Branden Carlson was inserted back into the starting lineup and made good on his opportunity, scoring eight of Utah’s first 16.

Using an 11-0 run in the middle of the first half, Utah took a 23-9 lead. The Utes’ offense was humming in the first half, hitting their open looks and getting inside to the basket for easy scores. It was a good sign to see them playing well after the last game they had when the offense completely fell apart in the second half against Cal last week.

Utah continued to execute well through the rest of the first half and used a late push to nab a 43-26 lead at the half. It was another strong opener from the Utes, but the real question was whether or not they’d keep it up after the break. That’s been the story for them over the past few weeks, and it was surely an emphasis for Utah to come out of the gate strong to open the second half.
Second Half
It took a few minutes to find a rhythm, but Junior Timmy Allen cracked things open with a nice and-one inside to get things going for the Utes. They did enough to keep pace with the Cougars and maintain their big lead for the first part of the second half, matching their offensive rhythm and solid defense from the first half. It’s exactly what Utah needed tonight, finally putting together a complete game after squandering leads multiple times last week. In arguably their most impressive performance of the season, Utah picked up a win, 71-56. Washington State’s leader, guard Isaac Bonton, was held to only four points on 1-8 shooting.

“The second half of the Cal game, that was the worst defensive half of basketball I’ve ever seen,” said Krystkowiak. “I thought our defense was really dialed in (tonight), the effort was solid all the way around. I’m really proud of the guys… I think they were pretty down that they didn’t bring it last time. They certainly brought it tonight”
Takeaways
This is the Utes’ first Pac-12 road win since February 23, 2018 against these same Cougars. It’s a huge sign of growth for this team to pick up a win here, especially after what they went through last week. Utah had five players score in double figures, led by Carlson with 14 points to go along with 10 rebounds. Allen had 13 on 4-7 shooting in a game where he didn’t have to do much to win. It was a full team effort from the Utes, which is an encouraging sign.

“You try not to get too low when things are bad… Our guys are playing an awful lot of good basketball,” said Krystkowiak. “I know it’s nice for our guys. Winning a game is medicinal. It makes you feel great… This group is hungry and mature, and they stay with it.”

“A win’s a win. We’re happy that we finally got one out on the road,” said Carlson. “We need to keep up this pace.”
Up Next
Utah continues their road trip on Sunday against Washington. The Huskies are a team Utah beat in their season opener at home, so they’ll be looking to build on some momentum in a winnable game in Seattle.