Soter: The GOP—and All Americans—Should Aspire to Mitt Romney’s Integrity 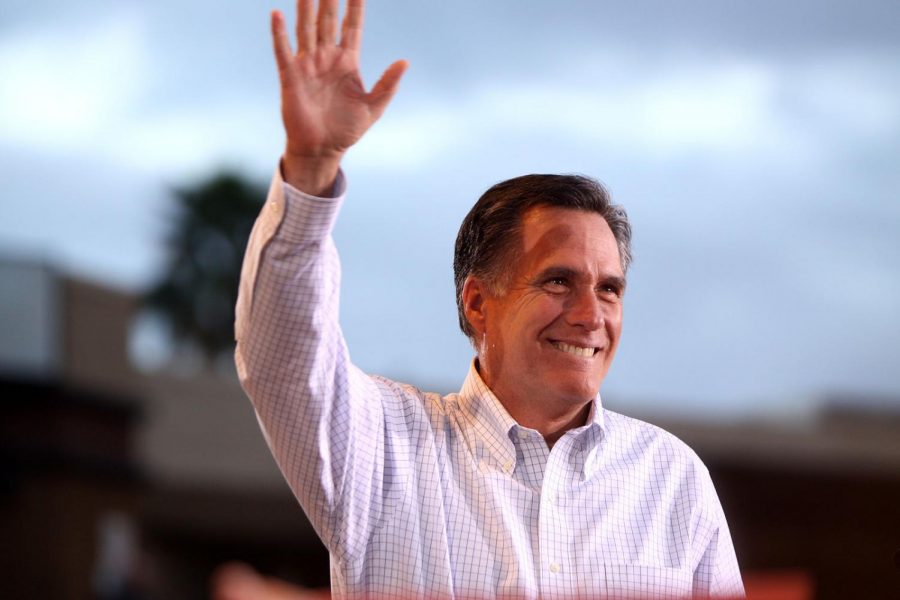 To preface this article about the Republican Party, I should say that I fall relatively far left on the political spectrum. I voted for Biden — but would have preferred Sanders — worked for Planned Parenthood for three years, and am a passionate advocate of healthcare for all. Call me a bleeding-heart liberal, I won’t object. Sadly, for me, there is no member of Utah’s congressional delegation to represent my views.  But I won’t object to that either, because that’s what democracy is — a system that respects the fact that the political minority has rights while the majority rules. And in Utah, I am in the minority. What I will object to is what, thankfully, our junior senator Mitt Romney has objected to time and time again — the dangerously anti-democratic actions of the Trump administration. Sen. Romney and I have vastly disparate political ideologies, but I respect and agree very strongly with his unwavering loyalty to the truth, democracy and the American people. You should feel the same.

Since the now-former president Donald Trump’s election in 2016, the Republican Party has lost the trifecta — the Senate, the House and the presidency — every part of our federal government but the Supreme Court. Given these massive failures, why is Republican support for Trump still so strong that it led to the horrifying domestic terrorist attack at the US Capitol on Jan. 6? Unfortunately, the answer to that question is simple: the GOP has fallen victim to an authoritarian leader, and the violent, Trump-incited attack on the government made the devastating dive all the more apparent. The Republican Party no longer has its foundations on the legitimate conservative values that it once did — nor does it have loyalty to the Constitution. Trump is to blame.

Unfortunately, it is inevitable that Utah will feel the effects of the GOP’s ruin intensely considering the state has an all-Republican delegation. In fact, I recently wrote an article highlighting the damage of Utahns’ overwhelming Republican support which resulted in the unfortunate choice of Mike Lee as one of our state’s two senators. That said, I don’t believe Utah is completely doomed to spineless Trumpism or bigotry, thanks in large part to Romney’s unique position. While other Utah delegates have very conservative platforms, Romney is much more moderate — so he is poised to have a greater impact than Utah’s other federal representatives on the legislation that passes President Joe Biden’s desk. Romney’s political agenda is sure to have more sway with Democratic leadership because they know he maintained his integrity even when other Republicans recklessly yielded to Trump. And Romney deserves this power. Americans would do well to look to the junior senator’s integrity and patriotism as a model for what democracy should look like, and Biden agrees.

After the tragic events of  Jan. 6, Americans experienced an intense wave of shock, confusion and horror all at once. Above all, many of us were left questioning why American democracy has been praised for centuries by global governments when it is, apparently, just as susceptible to fascism as Hitler’s Germany. The fact is that the America that produced the violence at the Capitol is not the America that has been praised. Instead, this America has given its fealty to a demagogue more concerned with enhancing his own wealth and power than uplifting the American people or protecting our democracy. This America watches people die of COVID-19 while dismissing masks and other protections. This America sows distrust in the facts of climate change and stands by as the entire planet suffers the consequences. This America ignorantly questions the legitimacy of a fair and just democratic election. This is the America we have allowed ourselves to become.

In the wake of Trump’s disastrous presidency, American leaders must devote themselves to making the United States a nation of truth. A nation of integrity. A nation of science. To save ourselves and each other, we must all put our country before our disparate parties. Thankfully, Sen. Romney has blazed that trail for us. We should look to him as we work to finally unite our states and our people.