The True Cost to U Students During COVID-19 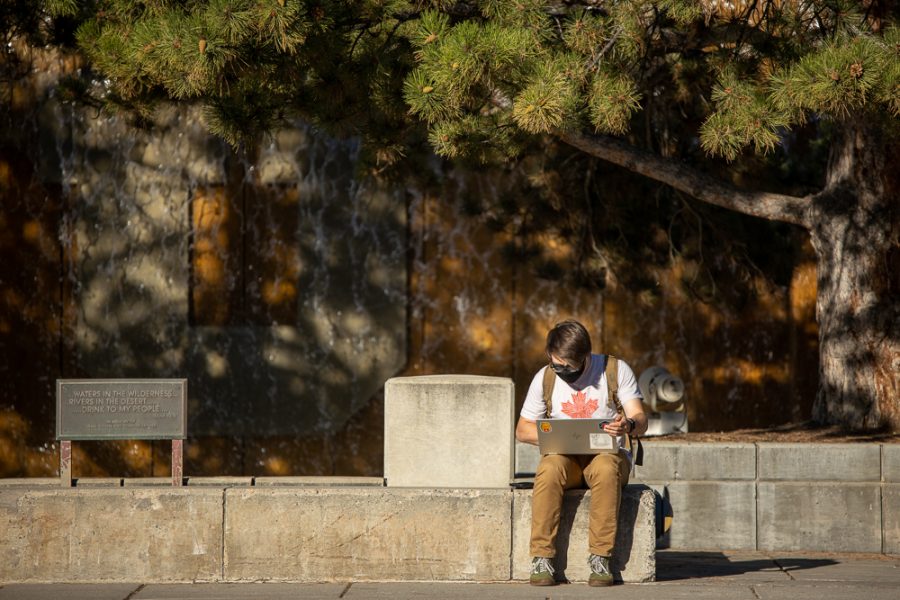 As a third semester of virtual learning approaches, students have voiced concerns about the rising cost of tuition amid the pandemic. 2020 wasn’t at all what people expected it to be, especially when it came to education at the University of Utah.
While there was little time to get ready for virtual learning back in March, the anticipation of the Fall 2020 semester meant that professors quickly transitioned their curriculum to an online format.

Going into the spring semester, students and professors have had more time to be prepared for a virtual learning format. However, some students worry about the increase in tuition with unemployment on the rise and the change of class structure for the foreseeable future.

“The university should lower the cost since students aren’t getting the same quality of education,” said Lukas Williams, a fifth-year international studies student.

Williams said that students aren’t getting the same chances to have in-person discussions. He said he misses not being able to talk with classmates or professors when he has questions about things.

“If this had been my first or second semester, I would have taken a year or two off, but since I’m so close to graduating, it didn’t make sense to,” Williams said.

According to the University of Utah Office of Scholarship and Financial Aid, the cost of tuition rose from $27,220 to $29,996 during the 2020 to 2021 school year. With many students who are unemployed because of the pandemic, having to come up with an additional three grand can be difficult if they do not want to take out loans.

Middle eastern studies student Rebekah Burton said she doesn’t understand the rise of tuition. “I think it’s ridiculous and I don’t know where that money is going,” Burton said. She said she thinks the school should have put a hold on hiking the price until the pandemic is over for the students who are out of jobs or who don’t have the same hours they previously did.

In response to the rise in cost, Emily Kerr, a senior in political science and criminology, said, “It’s kind of bullsh–.”

Kerr said she understands tuition rises each year, but since most students became unemployed during the pandemic and went on unemployment, or are relying on the stimulus checks to keep their heads above water, it doesn’t make sense.

“Some students don’t want to take out loans and shouldn’t have to, especially if they’re relying on the stimulus or unemployment to stay afloat,” Kerr said.

Among students, there was a joint level of frustration over the lack of breaks during the semester. Instead of having a spring break, the U gave students a later starting period for the spring semester.

Kerr said having no break in either the fall and the spring semester “causes twice the stress with no down period. Some professors gave the break but not all of them.”

She said she would have suggested the U should have stuck with fall and spring break, but also offered more resources to both students and professors during the time.

Williams said he’s had “a lot of frustration but how we have to deal with it the best we can.”

He said he felt having breaks would have made it easier to deal with the challenging semester, especially since winter break was made longer than normal. Williams said having an extra week added to both spring and fall semesters so that students could have a week to breathe would have helped.

U students are struggling with everything from the adjustment to virtual class format to the lack of breaks and trying to find ways to pay for the rising cost of classes.

Rebekah Burton said it has made it harder for her to be able to afford her semester because of the limitations the school has put on her work-study. Burton also spoke about how the U has limited the hours she’s allowed to work and won’t allow her to work remotely on top of those hours.

According to Burton, the U has limited students to only work 10 hours for work-study. To her, there are many jobs available to students on campus or they’re not paying well enough for students to survive.

“There’s a lot of students that are out of jobs or down in hours because of the pandemic. Offering remote positions would help immensely from the school since there aren’t that many positions for people to work already,” Burton said.

Many of the students aren’t sure what the money from the raised tuition is being used for, which is leading to increased confusion. Adding the lack of available jobs on campus, students are having a hard time finding ways to pay for a rise in student tuition that they don’t understand to begin with.