‘How it Ends’ Brings Joy and Optimism to the Apocalypse 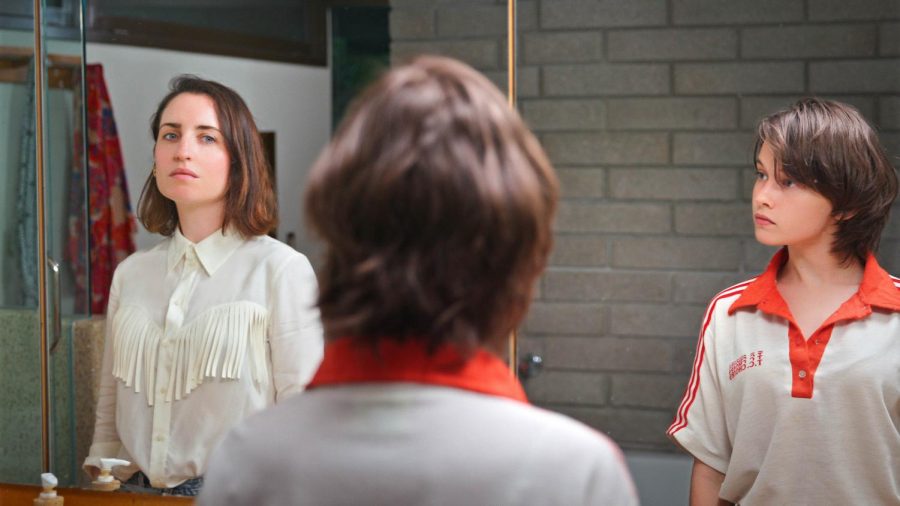 A still from "How it Ends" by Daryl Wein and Zoe Lister-Jones. (Courtesy of Sundance Institute | Photo by Daryl Wein)

Filmed during the COVID-19 pandemic and featuring apocalyptic and nihilistic optimism, “How it Ends” seeks to answer the question, “How should you spend the last day on earth?”

On Jan. 29, 2021, “How it Ends” premiered at the Sundance Film Festival — which has adapted to a completely online format in response to the pandemic. Co-writers and directors Daryl Wein and Zoe Lister-Jones developed the idea for “How it Ends” during the first few weeks of quarantine. For the two of them, creating “How it Ends” was a way to creatively respond to the pandemic. In a Q&A after the film’s premiere, Lister-Jones said, “We don’t know any other way to process our existential crises than in our work.” The film’s origins during the pandemic are clearly felt — and possibly exacerbated and heightened by the new format for Sundance. But, in comparison to other pandemic-focused artworks, “How it Ends” takes on a comedic and light-hearted tone that creates a sense of joy, even though the world may be ending.
It’s the End of the World…

“How it Ends” opens on sunny yet empty and abandoned streets of neighborhoods in Los Angeles. Instead of traditional L.A. road traffic, the streets are eerily quiet and lined with idle cars. At the end of the day, an asteroid will obliterate the Earth, but until that point, Liza (Zoe Lister-Jones) has to figure out how to spend her day. Her original plans are to spend it alone — consuming indulgent foods and relishing in her solitude. However, a metaphysical representation of her younger self (Cailee Spaeny) encourages her to spend the day making amends with the people of her past.

Embracing the “f— it” attitude of the literal last day on Earth, Liza sets out to make peace with her parents, her former best friend and a couple of past boyfriends. At the end of the day, Liza plans to attend a friend’s “End of the World” party — but these plans are immediately thwarted as Liza, constantly accompanied by her “younger self,” discovers that her car has been stolen. Yet, Liza continues on foot in order to address her past regrets.

Together, Liza and her younger self embark upon a walking journey around L.A. to confront the people she has long been avoiding. As Liza works through her emotional expedition, the audience meets a star-studded cast filled with surprising cameos. Actors such as Nick Kroll, Fred Armisen, Olivia Wilde, Helen Hunt, Bradley Whitford, Sharon Van Etten, Lamorne Morris and Charlie Day among many others delight and bring a unique comedic tone. These actors — whose roles range from mere passersby in the street to prominent figures in Liza’s life — help to emphasize the fact that in the apocalypse, you never know what’s lying around the next corner.

Throughout “How it Ends,” Liza repairs her past relationships and works through past pains, but she remains dismissive and slightly antagonistic towards her younger self. Even as she focuses on making peace with the world, she overlooks her most important relationship — the one she has with herself.
Balancing Nihilism and Optimism
As the end of the world becomes more and more imminent, and the catastrophic asteroid can be seen hanging in the sky, Liza manages to find peace with herself as she finally learns to practice self-love. Her relationships with her friends and family have ultimately been repaired, and she is able to enjoy her own company. The end of the world changes her character, but it enables her to be more courageous and honest. While everyone in the world may die in a few short hours, “How it Ends” culminates in a grand sense of joy and peace as Liza has accepted these facts.

After the encroachment of her younger self, Liza is able to process traumas she has tried so hard to repress. For directors Wein and Lister-Jones, “There was a lot of natural introspection early on in the pandemic, so we were trying to work through a lot of emotions and the idea that came up for us was the idea of the inner child crying out for attention… [as well as] learning how to embrace the uncertainty and the unknown while also taking care of the self,” Wein said.

“How it Ends” is perfect viewing material for the pandemic. Dark and nihilistic thoughts are challenged by this film’s use of bright cinematography and humor that is sprinkled throughout each scene. The film embraces the end of the world and treats the audience with gentle care. “How it Ends” leaves us with the message that even as the world is ending, it is still possible to feel joy and practice self-love.