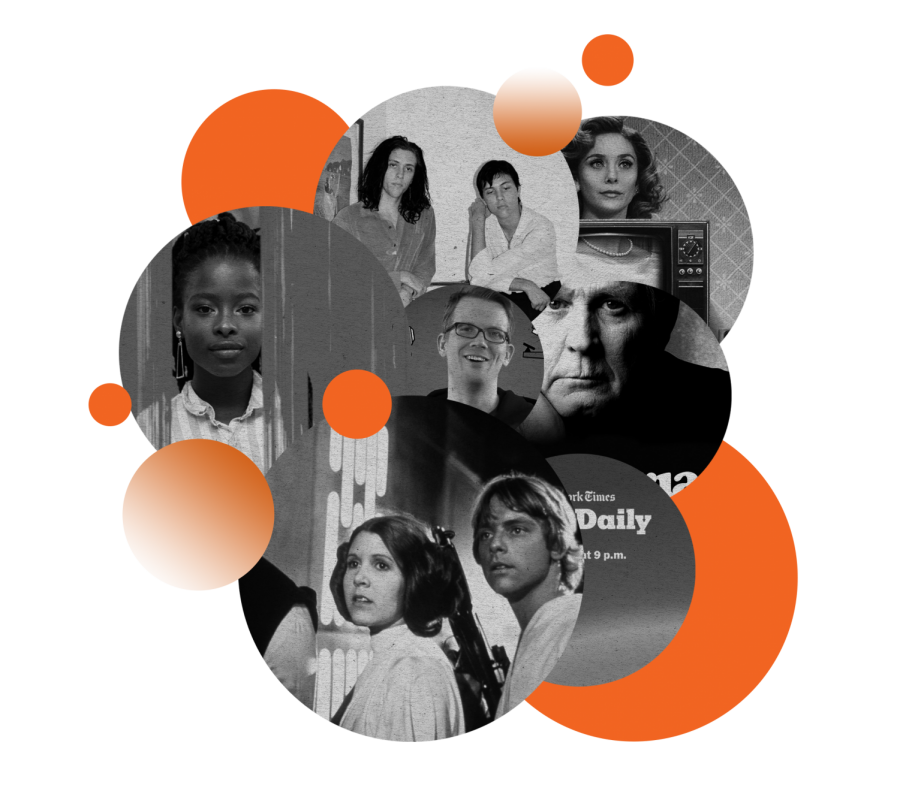 Oakley Burt
The new year is all about setting new resolutions and trying to see them through — something I’m not always the best at. Starting 2021 the right way, I set a goal to read one new book a month. In January, I chose to read “I Am Brian Wilson: A Memoir.” I’ve always been a huge fan of the Beach Boys and their timeless music, so this memoir instantly caught my attention. In “I Am Brian Wilson,” Wilson looks back on his younger days, revealing his struggles with stability amid excessive drug use and trying to keep the creative juices flowing. The memoir illuminates the man behind the music — the highest highs and the deepest sorrows in his life. I would recommend this book to anyone wanting to know more about this groundbreaking musician and his extraordinary life.

Parker Dunn
January didn’t bring too much new music, so this past month I’ve been revisiting some old favorites like rapper and producer JPEGMAFIA’s “Veteran” as well as diving into the late, great MF DOOM’s catalog after recent news of the legendary rapper’s death broke.

I’ve also been getting into rock duo The Garden, whose experimental rock and punk sound is like nothing I’ve ever heard before. The eccentricity of the vocals on songs like “Egg” and “Thy Mission” reminds me of Julian Casablancas of The Strokes — who’s one of my all-time favorite vocalists. I can definitely say I’m looking forward to exploring the rest of The Garden’s discography in the coming weeks.

Cade Anderson
After “The Mandalorian” season two received consistently high reviews late last year, my partner finally decided that it was time to give in and check out the “Star Wars” cinematic universe. Thus began our January marathon — starting with the early 2000s prequels, on to the early 1980s originals and ending with the very recent sequels. It was a new experience for me to watch “Star Wars” with someone who was, just a couple of years ago, vehemently opposed to these corny but creative movies that I was raised on. We both ended this month’s binge with an interesting look at how media empires like “Star Wars” operate within modern-day capitalism. The episodes changed dramatically over time as budgets expanded and new directors like J.J. Abrams and Rian Johnson debated each other’s visions. Yet, the movies still all cling to a classic “Star Wars” formula — not just to appeal to decades of fans, but also to squeeze every last penny out of the story.

Jacqueline Mumford
I love platforms that take activities often done alone — like listening to music or watching movies — and make them communal experiences (à la Spotify and Letterboxd). Imagine Twitter, but… good. You log on for dopamine, and then actually get dopamine.

Goodreads is one of these sites. After skimming the reviews I left in 2010 (including near diary entries on every Meg Cabot novel), I quickly found that same joy I had during my first days on the internet.

I love telling people what I’m reading, if only to hear that they’re reading it, too. I love tracking my progress and sharing in the excitement of a perfect book with my friends, teachers and family. It’s a constant book club, and I’m really grateful for it this month.

Hannah Keating
Starting the new year and gearing up for a new semester, I set a goal to be more conscious of my media consumption and attention. No more indulging in reality TV show drama or the endless scroll of my social media for me! So, I went looking for a podcast that was both educational and entertaining. “SciShow Tangents” goes above and beyond. Hosted by Complexly CEO Hank Green and his team from the YouTube channel SciShow, the team discusses a scientific topic each week. First, introducing it with a poem, competing in a fact-off and finally answering listener questions. It is surprisingly engaging, keeping a balance of joyful and factual. It has become a daily habit of mine to listen to an episode I haven’t heard yet.

Kate Button
After the tumultuous beginning to 2021, I finally decided to check out one podcast that I was constantly hearing about — “The Daily” from the New York Times. I frequently find myself wavering between periods in which I am constantly listening to podcasts or other times when I can’t stand the idea of a podcast — but currently, “The Daily” seems to strike the right balance between intrigue and information. At around 20 minutes per episode, “The Daily” offers routine coverage of the news. But instead of taking a bird’s-eye view of current events, this podcast focuses on one specific event or phenomenon. There are plenty of sources that attempt to summarize everything that is happening, so I appreciate the detailed and refined approach that this podcast takes. I also love how each Sunday, the podcast offers an hour-long coverage of cultural or artistic movements. To get into this podcast, I would recommend listening to the Jan. 21 episode, “The Inauguration of Joe Biden,” or for one of the special Sunday episodes, I loved the Jan. 24 episode, “The Sunday Read: ‘The Amateur Cloud Society That (Sort Of) Rattled the Scientific Community.’”

Whit Fuller
I’m always cautious binging TV series as they become available. I think it has to do with the fear of running out of episodes or being left on a cliffhanger at the end of a season. When Marvel’s “WandaVision” started streaming on Disney+ on Jan. 15, I was immediately curious to see how a superhero sitcom with retro elements would function. The show stole me away. A monochrome Wanda Maximoff and Vision — their signature red design elements noticeably absent — begin “playing house” in a ’50s suburbia. Wanda uses her powers, causing dishes to fly into the kitchen cabinets. Vision utilizes his super-speed but dons a human exterior when company arrives. There’s an underlying feeling that things aren’t as they seem: the suburban paradise often feels eerily perfect. The result is a quirky, classic and familiar Marvel cinematic experience that has me waiting every Friday for the next episode.

Heather Graham
Like so many, I spent the morning of Jan. 20 glued to my screen watching as Joe Biden and Kamala Harris were sworn in as the 46th President and 49th Vice President. The ceremony was ceremonial, and the music was musical. Nothing too exciting — aside from the historic gravity of the event itself. But then, with a burst of sunny color, 22-year-old poet laureate Amanda Gorman took the podium for the inaugural poem, joining the ranks with poets like Robert Frost and Maya Angelou. I was riveted by her and hung on every powerful rhyme that fell so gracefully from her mouth as she presented her poem, “The Hill We Climb.” I was immediately obsessed. I followed her on Instagram — along with 2 million others, searched for her other works, preordered both of her upcoming books and have read her inaugural day poem a few dozen times. She wrote so many poignant and masterful lines in this poem, and I am both awestruck and inspired.