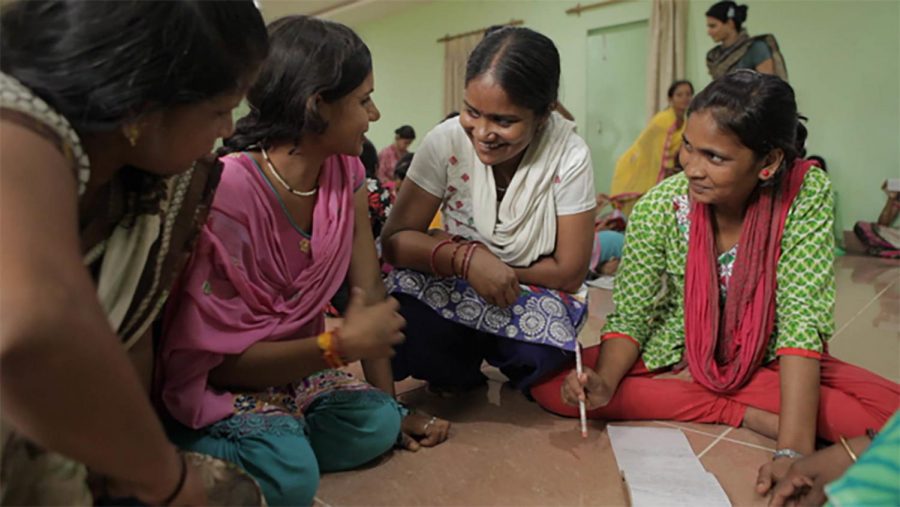 Rintu Thomas and Sushmit Ghosh’s “Writing with Fire” premiered Jan. 30 after five intense years of filming, editing and traveling. This powerful documentary depicts a team of 24 female journalists in Uttar Pradesh, India. Their newspaper, Khabar Lahariya, has risen to great heights from humble beginnings. The film follows several years of their journey as they overcome numerous obstacles and grow their following.
An Unstoppable Team
The film opens with Khabar Lahariya meeting as a team to discuss the start of their transition from print to digital — a change they are hoping will help them reach a wider audience. It is here that we are introduced to Meera, Suneeta and Shyamkali. Over the course of the next five years, the film will follow these women closely as they fearlessly investigate the biggest news stories in Northern India.

Each of these women belong to the Dalit caste, which lies at the bottom of India’s class system. As women in the lowest caste, they overcome seemingly insurmountable barriers. Despite these hurdles, it is clear in the film that these women should not be labeled as victims, and Thomas and Ghosh are careful to avoid that stereotype.

Their reporting brings to light injustice and corruption happening all around them and gives a voice to vulnerable people in their community. From coverage of sexual assaults to the rise of Hindu nationalism, Khabar Lahariya is using honest journalism to fight for democracy.
Journalism in India
“Writing with Fire” highlights India as one of the most dangerous countries in the world for journalists. India’s political climate is volatile — rampant inequality and corruption have become ripe grounds for violence against women, inadequate infrastructure and radicalism.

At the intersection of gender and caste politics, Khabar Lahariya journalists are especially vulnerable to violence and discrimination. Meera, for instance, faces pressure from her husband to assume household responsibilities. Their family faces additional challenges as a result of Meera’s career and has trouble even finding a place to live as landlords are hesitant to rent to a female journalist from the Dalit class.
A Digital Landscape and the Power to Change
As filmmakers Thomas and Gosh document Khabar Lahariya’s transition to digital, we see their reach grow. They have reached over 150 million views on YouTube and have started collaborating with national media groups to further expand their reach.

On their watch, violent crimes are being brought to light and prosecuted, faulty roads are being fixed and rural communities are receiving electrical and plumbing connections.
Notes from the Directors
Audience members at the premiere had an opportunity to hear from the directors and Meera herself in a zoom call after the film. The viewers’ admiration and interest in Meera highlighted the success of the directors in producing a film that authentically told Khabar Lahriya’s incredible story.

When asked about the palpable unity between the documentary team and the journalists, Ghosh responded that it happened naturally. Thomas remarked that the two groups’ close relationship allowed complex themes of gender, caste, democracy, the internet and journalism to present themselves organically in the film.

The Sundance Film Festival will continue through Feb 3. Information about and screenings of “Writing with Fire” can be found on the official Sundance website.