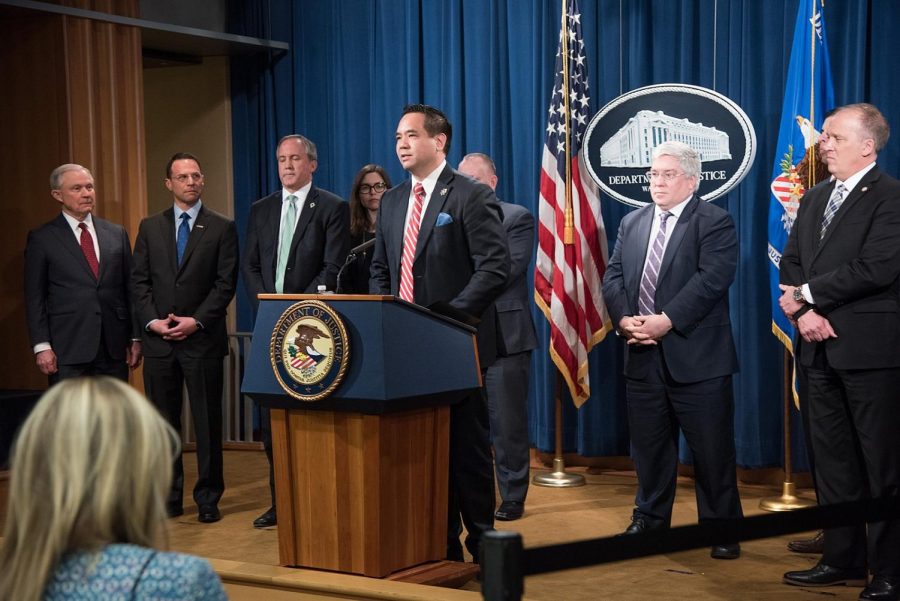 Elected officials have no excuse for not doing their jobs and the Attorney General is no exception. As a lawyer for the people and a reflection of the state, the AG should always embody the wishes and goals of the constituency they represent with unyielding transparency. What the AG shouldn’t do is put their own special interests and the interests of separate entities above those of their state. But that is exactly what Utah’s Attorney General Sean Reyes did, committing abuse of AG power that never once reflected Utah’s interests.

When Sean Reyes decided to support a high-profile lawsuit challenging the validity of election results in multiple swing states, he abandoned the interests of Utah. By signing onto amicus briefs in these cases, he prioritized the GOP’s interests and that of Donald Trump over those of Utah citizens and the Utah state government. The AG should be focused on matters of the state it serves. Sean Reyes failed to represent Utah and do his job when he chose to exploit his AG power to promote the GOP’s fraudulent claims.

During the energetic 2020 election, fake claims of voter fraud were circulated at alarmingly fast rates. Thanks to ex-President Donald Trump and a few other delirious Republicans, the American people were forced to deal with misinformation day after day. While these false claims were disputed by several reputable sources, Reyes took matters into his own hands. Reyes endorsed a controversial lawsuit, started by Texas, made against other states and their electoral voting process. Hoping to delay the certification of the presidential electors, Reyes’ decision to join this lawsuit was reflective of GOP priorities, not the needs of Utah citizens.

Reyes claimed that apparently “there were questions about the election process and constitutional integrity that needed to be answered nationally,” but former Gov. Gary Herbert and current Gov. Spencer Cox both condemned Reyes’ decision, as Reyes didn’t consult them before signing onto the amicus brief. Instead of representing Utah’s interests, he represented the interests of the GOP and Donald Trump, trying to discredit other states’ procedures. And while Utah is a very Republican state, it is quite unfitting and a waste of taxpayer money to seek to intervene in other states’ elections, specifically states whose votes went to a political rival. We ourselves would not want other states to challenge our own election processes, so Utah’s AG shouldn’t be concerned with the voting processes of other states, especially when there are so many other issues to be focused on.

Luckily, not very many Utah officials and legislators approve of Reyes’ rash decision. Hundreds of Utahns have either asked for Reyes’ resignation, an apology, or in some cases, urged for impeachment. Attempts to monitor AG responsibility are in the works. In the form of HB232, or the Attorney General Authority Amendments, Rep. Brian S. King is trying to increase accountability for the AG. Through these limitations, the AG will have to consult with Utah’s governor before filing as an amicus (advocate) in cases outside of Utah and must list out and explain the reasons for filing in another state’s affairs as well as how it can benefit Utah.

But given how Utah has a history with AG’s misusing their power, I think more attempts need to be made to prevent mistakes like this from occurring. King told me, “We’ve got this pattern for our attorney generals in the past, who have at times given in to the temptation to either pander to political organizations or groups or individuals based on their own political ambition, their own being the Attorney General’s own political ambition.” King’s bill only “clips the wings” of the AG, but in general, it is limited to only specific genres of AG power. In order to combat this temptation, King wondered if “the AG should be elected at all” and if we should just appoint the AG. I agree with King, but Reyes has already proven that his priorities are beyond Utah’s interests and that he can and will exploit his power in pursuit of special interests, so focusing on Reyes is in our best interest.

Because Reyes exhibited an attitude of disdain towards Utah, through his endorsement of election fraud claims and his other associations, one legislator is pushing for impeachment. Rep. Andrew Stoddard believes that Reyes misused the powers of his office, and King thinks, “there’s enough troubling information out there that we’ve got to look into it.” As King explained, “When Reyes wanders over to Nevada and decides to muck around in their doors to accuse them of malfeasance or fraud, […] he is engaging in behavior that is completely unjustified based on any facts that anybody’s presented, […] he knew it at the time [and] that bothers me a great deal.”

Some agree that the investigation into Reyes’ behavior is legitimate, including myself. Reyes’ attempts at subverting the election and spreading misinformative claims about election fraud helped contribute to the civil unrest that many polling stations and the Capitol had to endure. And because of his careless “yes-man” approach to Trump’s tactics, Reyes put people in danger — an incredible abuse of power as an elected official.

Even with limiting the authority of the AG, there are still some concerns left to think about. Who knows what Sean Reyes has in mind for Utah or what special interests he plans to pursue over the priorities of Utahns? Future AGs can just as easily be tempted and swayed into abusing their power or helping to incite harm. Maybe impeachment efforts for Reyes should be considered. Utah needs an AG who is capable, truthful, and loyal to the people. An AG who focuses on matters of the state. Transparency in representation is of the utmost importance after a tumultuous era of misinformation. At the end of the day, Reyes involved himself in other states’ affairs instead of focusing on Utah’s and we cannot have an AG who isn’t fully invested in the state they represent.