Black History Month and the Value of Representation in Film 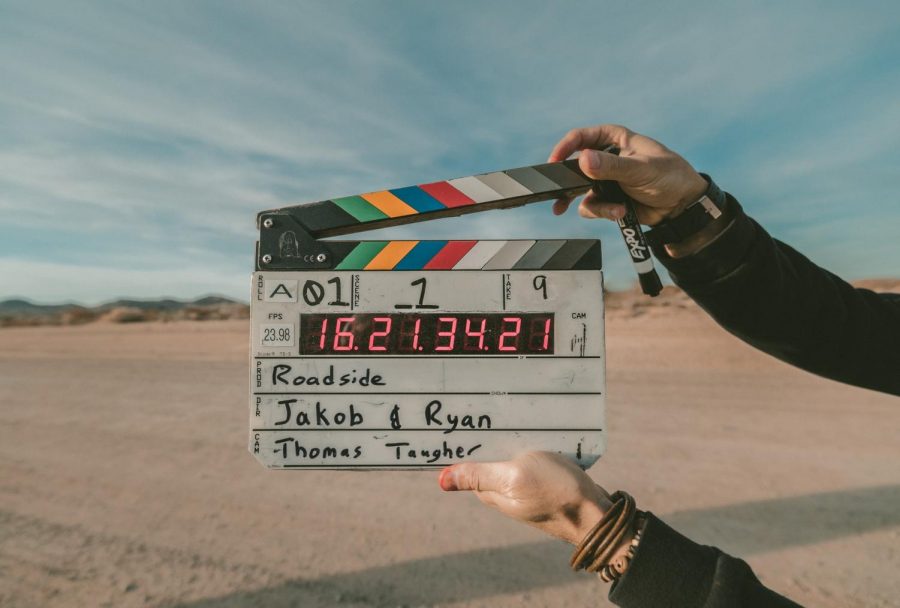 Since 1976, February has been the designated month to recognize Black history. This month was designed as a way to celebrate the achievements of Black people and their contributions to U.S. history. Typically, Black History Month has been practiced as a way to reflect upon America’s history of slavery and past racist policies, but this time has also marked celebrations about the Civil Rights movement and the significant impacts that many Black figures have had in the fight for racial justice.

Although the intentions behind Black History Month seem to be rooted in a dedication towards racial healing, many people have criticized the very nature of this month. Black History Month takes place during the shortest month of the year, and attempts to recognize this month tend to glorify certain historical figures while failing to address sustained issues like systemic racism or police brutality that continue to afflict members of the Black community.

While Black History Month may occasionally fail to provide substantial recognition for the profound impact that Black people have made on the United States and society at large, I still think it is an important month in order to take steps to move towards greater racial justice. America still has a long way to go in terms of reconciling with its racist practices of both the past and present.
The Value of Representation
One area in which America has room for improvement is the representation of people of color in the media — specifically in the film industry. A 2020 study conducted by the National Research Group found that two in three Black Americans don’t see themselves or their culture represented in movies or television, and 86% of Black Americans wish to see more representative stories in the media. Representation and the stories we tell matter. According to that same study, 91% of Americans believe that the media has the power to influence society, but in the stories that are currently featured, 83% of Black Americans believe that the media perpetuates negative stereotypes of Black people.

The stories that are portrayed in the media have a great power to influence people’s everyday lives. For people of any background, seeing figures in film or the media that look like you can help create emotions of belonging and acceptance. For Black Americans, the exclusion of their narratives from the media is merely a symptom of systemic racism. But in recent years, the film industry has been called out for its lack of diversity, and in consequence, we have begun to see major films that reflect the diversity of America.

In 2015, #OscarsSoWhite was a trending topic on Twitter, but this hashtag sparked an industry-wide movement to pay attention to the white-washing of award shows. However, this trend was far more reaching than just award shows — its impact seemed to reverberate throughout the media, and gradual steps have been made to recognize the importance of art made by people of color.
Black History and Film
From the context of mainstream media, the film industry has largely been criticized for its portrayals of Black stories that primarily focus on discussions of slavery or segregation. In a 2016 New York Times article, film critic Manohla Dargis wrote, “How could it be otherwise given that the history of American cinema is also the history of American racism?”

The history of film in America begins in the early 1900s — a period defined by the segregation era, minstrel shows and Jim Crow laws. Throughout the history of film in America, Black stories have been systemically pushed aside. Nevertheless, there have been key moments that define a move towards greater racial representation in the film industry. In 1916, the Lincoln Motion Picture Company became the first movie company that was owned and controlled by Black filmmakers. In 1939, Hattie McDaniel became the first African American woman to win the Academy Award for Best Supporting Actress for her role in “Gone with the Wind.” In 1963, Sidney Poitier became the first Black actor to win the Academy Award for Best Actor in a Leading Role for his role in “Lilies of the Field.” In 1985, Quincy Jones became the first African American producer whose film, “The Color Purple” was nominated for the Best Picture Award. However, it was not until 2013, when “12 Years a Slave” won Best Picture that a Black director and producer (Steve McQueen) received the award for Best Picture. As of writing this article, Halle Berry remains to be the only African American actress to receive the Best Actress in a Leading Role award, for her role in the 2001 film “Monster’s Ball.”
Film Recommendations
While there are countless films that exist that feature Black Americans in the role of writer, director, producer or actor, I will just mention a few recent films here that are well worth watching. “BlacKkKlansman” (2018) is a biographical film that follows the first African American detective in Colorado Springs as he works to infiltrate a local Ku Klux Klan chapter. “The Hate U Give” (2018) is a dramatic film based on a novel that features discussions of police shootings and police brutality. “Just Mercy” (2019) is a biographical legal drama that follows a young lawyer and his work to prove the innocence of wrongfully convicted Black men living on death row. “Moonlight” (2016) is a coming of age film that discusses sexuality, identity and healing from abuse throughout the process of adolescence. “Moonlight” was the first film with an all-Black cast and the first film to discuss LGBTQ+ topics to win the Oscar for Best Picture. “Dope” (2015) is a high school comedy and coming of age drama that follows a group of friends as they embark on an adventure after a brief encounter with a drug-dealer goes wrong. “Soul” (2020) is an animated comedy-drama following a middle school music teacher who is just about to make his break as a jazz musician before his soul is suddenly disconnected from his physical body. And, a recent release, “Judas and the Black Messiah” (2021) follows an Illinois chapter of the Black Panther Party in the late 1960s and the party’s dealings with the FBI.

Although there still remains a lot of room for improvement in terms of confronting the systemic exclusion of Black artists from the film industry, hopefully, these few movie recommendations offer a starting point to enjoy and appreciate film from the Black community.