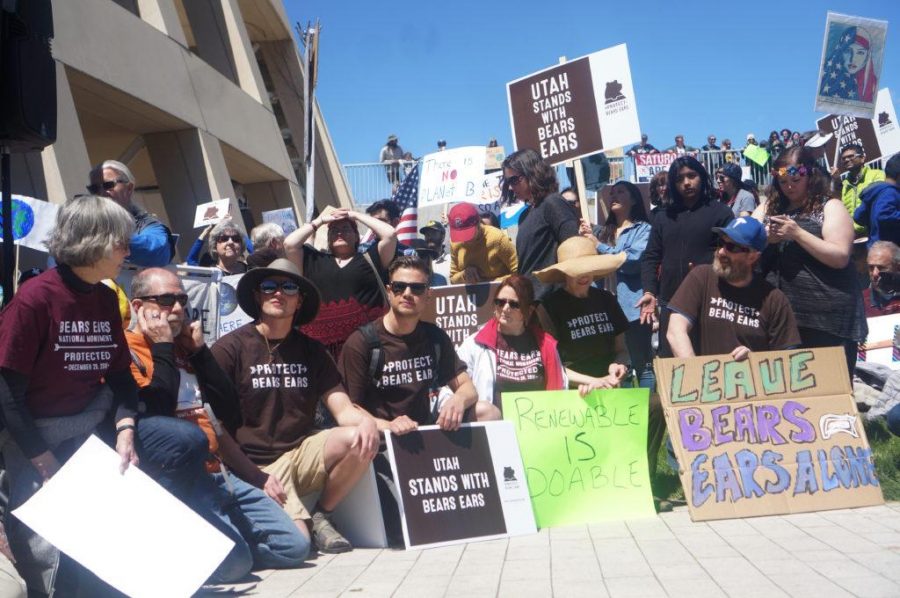 In doing so, he diminished the size of the sacred tribal land of the Ute Mountain Ute Tribe, Navajo Nation, Ute Indian Tribe of the Uintah and Ouray, Hopi Nation, and Zuni Tribes, as well as fragmenting important wildlife habitats.

In this action, Trump violated the Antiquities Act, which allows presidents to create national monuments in order to protect the land for the good of the American people.

“At its core, I think we believe the Antiquities Act should be read as its written, which is that it gives presidents the authority to establish national monuments and to protect those places, and the Trump administration read between the lines to say that the power to create comes hand in hand with the power to destroy, so even though the act in no way says it’s okay for presidents to reduce or dismantle monuments, that is what the Trump administration read into it,” Bloch said.

While the physical effects of Trump’s proclamation have not been devastating other than land claims and occasional small hard rock mines, Bloch believes the danger lies in the message that the former president sent.

Bloch said it is important to restore the monument’s boundaries partly “because the whole goal of the Trump administration rewrite was to, in large part, kind of continue down the road of pretending that climate change isn’t real and agencies don’t have to think about what the impacts of their decisions are for climate change.”

“One of the concerns is that this precedent… set by the Trump proclamation is that any president can come in and undo monument designations made by any president before,” Walker said.

In order to prevent this from happening, WRA, SUWA, and other advocacy groups have taken part in several lawsuits over the last few years in an attempt to reverse Trump’s proclamation on grounds that the land area was illegally reduced under the Antiquities Act. While they have not met much success in court, Biden’s stance on the issue allows advocates to feel a glimpse of hope.

During his first full day in office, Biden issued an executive order for the Department of Interior to review the boundaries that Trump set for the park in 2017.

The order directs the Secretary of Interior Deb Haaland to provide a review and overarching goal moving within 60 days of the order.

Walker said the final decisions made should consider the indigenous people who live on the lands affected.