Runnin’ Utes Head Northwest for Weekend Against Beavers and Ducks 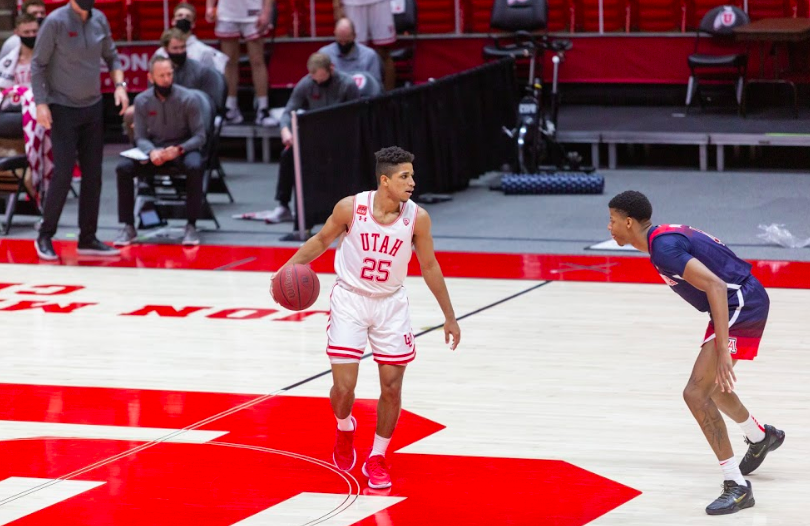 The University of Utah men’s basketball team will stay on the road this week as they head up to Oregon to face off against the Ducks and Beavers. Utah is coming off a loss to Stanford which snapped a three-game winning streak. They’ll look to get back on track this week for the final stretch run of the season.

First up, they will play at Oregon State for their first game against the Beavers this year. They will see Oregon State again next Monday, as well, for a makeup game that was originally supposed to take place on Jan. 6. That game was postponed due to contact tracing. The Beavers are 10-10 on the year and 6-8 in the Pac-12 Conference. Currently on a three-game losing streak, the Beavers will certainly be desperate to climb back over .500. The Beavers are led by senior guard Ethan Thompson and sophomore guard Jarod Lucas, both in double digits in terms of points per game this season. They’re in the thick of the Pac-12 race, just like Utah, so this game could have major implications in terms of playoff seeding for both of these squads.

From there, Utah will head to Oregon for a matchup against the Ducks. Oregon beat Utah earlier this year in Salt Lake, 73-79. The Ducks are on a three-game winning streak and will play Colorado before taking on the Utes. Currently sitting at 12-4, 7-3 in the Pac-12, Oregon is tough competition. They have an incredibly balanced team, with five players averaging double-digit points. Eugene Omoruyi is up at 17.8 per night. Utah’s first game against Oregon was close because they also had three scoring threats going that night, with Timmy Allen, Mikael Jantunen and Pelle Larsson all getting over 15. They’ll need that again, as well as trying to limit whichever Duck starts to get hot.

Utah, however, will be short-handed this weekend. Jantunen left the Utes to go play for the Finnish National Team in an important FIBA Eurobasket game. He is expected back before the end of the year, but for now, he will not be in the lineup. Rylan Jones also remains out with a shoulder injury for the time being, and his status for this weekend is unclear. Seen wearing a sling last time out, it doesn’t appear to be promising.

Utah has a tough test this weekend, but this team has been resilient. If we’ve learned anything about the Pac-12 this year, it’s that anyone can beat anyone on any given night. Utah will hope to catch the Beavers and Ducks sleeping, which would help them gain a lot of momentum with just a few weeks to go before the Pac-12 Tournament.