Editorial: The Wojciechowski Ticket Is the U’s Best Bet for a Safer Future 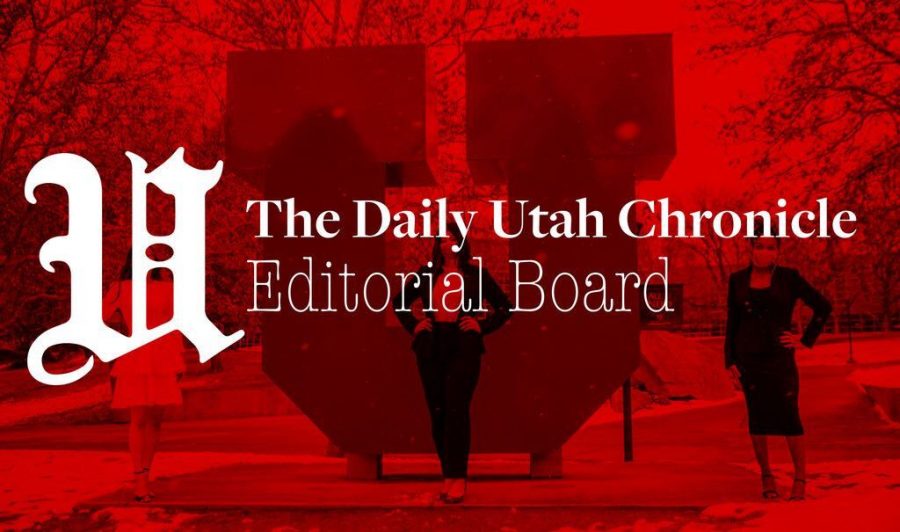 Last week, we released an editorial expressing disappointment with student government’s limited power on our campus and recommending changes that could make ASUU the representative student voice we need at the University of Utah. Today, with hours to go until voting opens for the ASUU general election, we’re endorsing the Wojciechowski Ticket for the organization’s executive leadership. We believe Jessica Wojciechowski, Tiffany Chan and Maryan Shale are the right team, not only to promote change in our student government system, but to lead the U into a safer, more equitable future.
Diverse, Policy-Driven Leadership
One of two tickets endorsed by UnsafeU ahead of last week’s primary election — the other being the eliminated Nestel Ticket — the Wojciechowski Ticket has a clear, bold vision for the U. They have well-defined policy plans to address campus safety and environmental sustainability and advocate creating a more inclusive campus, particularly for student parents and disabled, LGBTQIA+ and BIPOC students. They plan to add positions to ASUU and fill leadership roles with students from marginalized communities, and they’ve shown promise in addressing the consistent lack of communication between ASUU and the student body, with greater specificity about policies and stronger outreach than any other ticket. Their platform and their campaign strategies truly speak to their slogan, “Students empowering students.”

It’s also worth noting that in addition to comprising the sole women-only ticket on the ballot this year, Wojciechowski, Chan and Shale each hail from unique backgrounds and together represent an array of marginalized groups, including LGBTQ+ people, people of color, refugees, immigrant children and first-generation students. These diverse identities make the women of the Wojciechowski Ticket uniquely able to understand and advocate for the U’s most vulnerable and underrepresented students — but they’re not taking that for granted. Rather than relying exclusively on their own experiences to decide what underserved students want, they have a plan to seek out and listen to those communities for collaboration.
The Student Body’s Alternatives
The two other tickets on our ballots this week are headed by Alejandro Sanchez and Jacob Paul. Both teams stand in stark contrast to the Wojciechowski Ticket’s policy-driven campaign. In fact, the Paul Ticket’s candidate for student body president has a track record of dangerously poor leadership. Paul cites his role as president of the Sigma Chi fraternity as preparation for a top student government position, but members of this Greek Life organization vandalized the Hogle Zoo on his watch this past October, damaging the U’s reputation as well as zoo property. Even more problematic, Paul’s ASUU platform seems more concerned with platitudes than policy goals. While they noted in a written statement to the editorial board that “every voice matters” to their team, the Paul Ticket scored only a 2.7 out of 5 on UnsafeU’s assessment of their potential to address racial issues on our campus, and a 1.9 for LGBTQ+ concerns. Their focus on reintroducing Crimson Nights and other student activities to the U amid the pandemic is also unwise, to say the least.

Next to the Paul Ticket, the Sanchez Ticket seems like a great choice. They’re a diverse team that understands the need to better represent students of color, queer students and other marginalized groups on campus. They also offered a quick response to the concerns about communication in our previous editorial, releasing an article that detailed how ASUU operates and the roles each of its bodies play in the organization. That kind of responsiveness to feedback and capacity to inform the student body is essential in ASUU leaders, and we hope to see the Wojciechowski Ticket exemplify those behaviors as well.

Unfortunately, the Sanchez Ticket has ties to President Ruth Watkins’s often-problematic administration and lacks concrete policy goals in many areas that U students care most about, including racial justice, LGBTQ+ issues and accessibility. Our campus won’t be a truly safe community until our leaders have specific strategies to support students of all races, sexual orientations and abilities.
Room for Improvement on the Wojciechowski Ticket
Of course, the Wojciechowski Ticket isn’t perfect either. UnsafeU reported that they have room to grow in terms of their plans to increase university accountability and, with two second-year candidates, have “a slightly less comprehensive knowledge of the university infrastructure, initiatives, and policy advocacy routes.” Still, we feel that the Wojciechowski Ticket shows extreme promise. What they might lack in institutional know-how — though all three members do have valuable leadership experience — they will certainly make up for it with their fresh eyes, eagerness to learn and dedication to the U’s student body.

As we look back on the crises the U has faced over the last few years, it’s clearer than ever that we need student leaders with the intelligence, grit and compassion to listen to and advocate for our underrepresented students, hold university administration accountable and be a voice for equity and justice in the broader community. After reviewing each ticket’s qualifications and platforms, we believe Wojciechowski, Chan and Shale are best equipped to fill those roles for the 2021-22 school year. Their ticket has our unanimous endorsement.