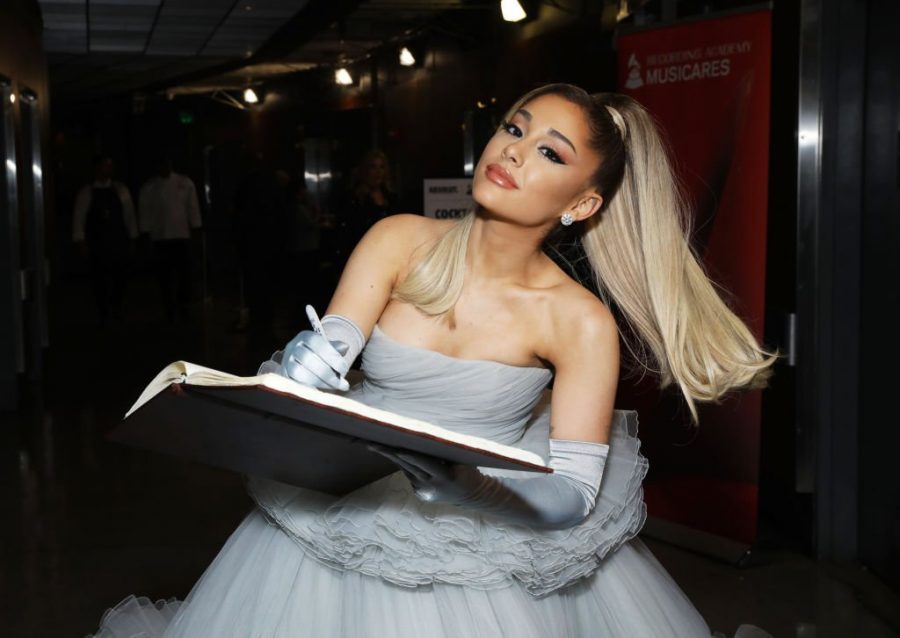 On Oct. 30, Ariana Grande positioned herself as the leader of the music industry, dropping a surprise album, “Positions,” that jumped to the top of the charts within hours.

In 2021, Grande ramped up the surprises. Early in January, she released a remix of “34+35,” adding Doja Cat and Megan Thee Stallion — two of the most popular artists on Spotify — to the smash hit. When fans connected the remix to Doja Cat’s November 2020 leaked verse, questions of whether or not Grande had more songs in the vault swirled online.

At the beginning of February, that fan theory was realized: Grande confirmed a deluxe version of the album with four new tracks. In the same way that she teased the initial album, Grande went to Twitter just days before the drop and offered short snippets of the new songs. Then, on Feb. 19, she released “Positions (Deluxe),” and settled more deeply into her top five streamed ranking.
Tracks
Grande’s songs for this new release have quickly become my favorites on the entire album — these tracks have almost everything that I felt was lacking at the core of “Positions,” as the lyrics are smarter and more thoughtful and the beats are more interesting. Her vocals, as always, are the shining star of the album.

The deluxe additions to “Positions” begin with “someone like u,” a sultry interlude that bounces perfectly off of “pov,” the closing track on the initial release. The snaps and dreamy vocals are reminiscent of “pete davidson,” one of my favorite songs off of Grande’s Grammy-winning album “Sweetener.” It effortlessly blends into the next track, “test drive.” Grande revealed that “test drive” was supposed to take the place of  “love language” on the original “Positions,” which makes sense — these are both some of the best of Grande’s recent releases.

Grande’s next track, “worst behavior,” is the perfect match for “nasty,” track nine, and is just as catchy. Where she soars, however, is the closer, “main thing.” That’s another thing about Grande — she knows how to close an album. While I think “pov” is still the superior closer out of any Grande album, “main thing” can definitely play the part. “Been a minute since I tasted something so sweet,” Grande croons through layered harmonies, and you can just hear the smile in her voice.
Verdict
Each track (outside of the “34+35” remix) is one to two minutes in length, making the deluxe package just over 10 minutes long. My only critique of this deluxe release is that it was too short. I’ll have this on repeat for a while.