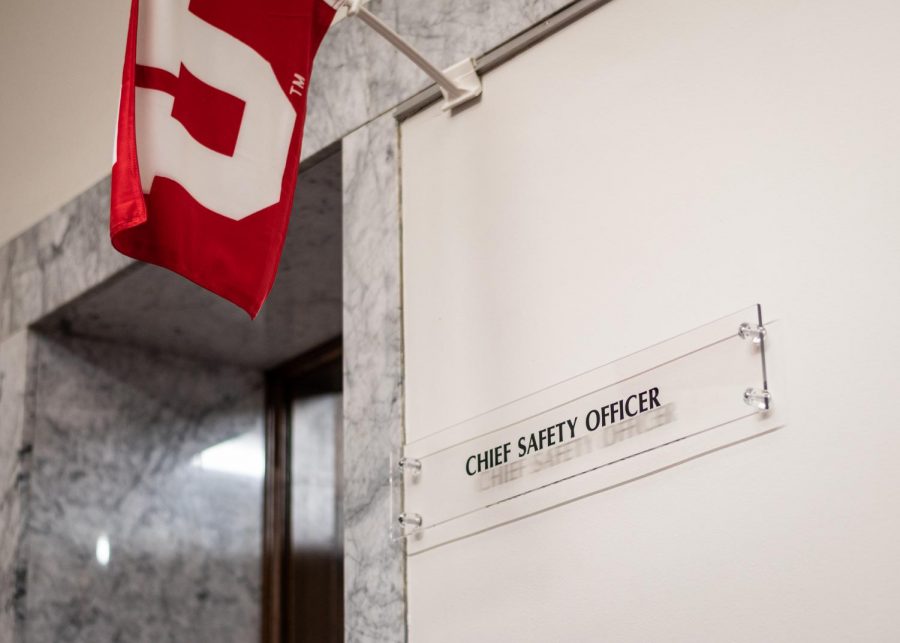 The chief safety officer's office in the John R. Park building on campus on Feb. 2, 2021. (Photo by Jack Gambassi | The Daily Utah Chronicle)

I recently wrote an article criticizing the University of Utah’s campus safety, specifically highlighting our rising sexual misconduct and violence reports and calling for more accountability and transparency within our university administration. Unfortunately, the U is not alone in these spikes and lack of leadership. Last year, the Department of Justice found that Utah State University had mishandled numerous sexual assault reports, leaving many students “vulnerable.” Institutions such as Brigham Young University, Weber State and Southern Utah University have also seen stalking reports climb. Similarly, between 2018 and 2019, rape and fondling cases more than doubled at Snow College and Utah Valley University.

As a college student and woman — the target group for sexual assault — it’s terrifying to live in a state that doesn’t take victims’ and students’ concerns seriously. Luckily, S.B. 163 would challenge that sentiment and pave the way for safer campuses statewide. Sponsored by Sen. Jani Iwamoto and Rep. V. Lowry Snow, this bill would create a Safety and Equity Commission to review campus safety policies and implement more preventative and transparency measures for crimes ranging from sexual violence to discrimination. Passing the Campus Safety Amendments bill would be a huge step in furthering accountability and transparency across USHE institutions. With statewide oversight on campus safety from an independent review board — as well as preventative measures for crimes like sexual assault — students would feel more comfortable reporting their stories to university officials and seeking help.

On Feb. 5, many of us received a U of U Safety Alert notifying us that a sexual assault had taken place on campus. It never gets easier to hear about these horrible events — and living on campus has left my peers and me with big questions about the details of the incident, including where it occurred. I mentioned in my previous piece that campus safety reports don’t include location data for rape and sexual assault, which leaves students without the information we need to protect ourselves. S.B. 163, however, would mandate university safety reports to disclose the location of assaults so students know which areas to avoid. “We’ll start to be able to see those types of clusters in university buildings and even off-campus student organization building,” said Devon Cantwell of UnsafeU, highlighting the prevalence of sexual assault within Greek Life organizations nationwide.

In addition, Iwamoto’s bill would require university safety reports to be easily accessible to students and their families. “We want [the data] to be posted publicly all over campus and really transparent,” Iwamoto said in an interview. That way students could decide not to attend a certain USHE institution with high assault and other crime rates. S.B. 163 would also foster effective communication between law enforcement agencies with different jurisdictions, ensuring that information flow is as smooth as possible and minimizing the burdens on victims. “We want to make sure victims and students know who to contact and where to contact,” Iwamoto said.

An independent, student-run commission would mean close oversight and guidance of universities’ campus safety protocols. Members would recommend procedures and practices to combat safety issues and grade colleges’ responses to those concerns. “One of the most exciting things [about this bill] is having a body that genuinely represents student views because it’s students who are making the decisions and not being supervised or chaperoned through the process,” said Rebecca Hardenbrook of UnsafeU in an interview. Cantwell also spoke on the benefits of peer-to-peer communication, calling out the “big communication gap” at the U where average students’ voices aren’t being heard. “We’re hoping this commission will improve communication [throughout USHE institutions]… and also help students feel they’ve got a neutral independent place that is not within their institution.”

It’s time for leaders to address victims’ and students’ concerns — not just here at the U, but across all USHE institutions. S.B. 163 would lead to better understanding and willingness from students to come forward with their stories, while also implementing preventative measures for sexual assault and misconduct so students could feel safer on campus.