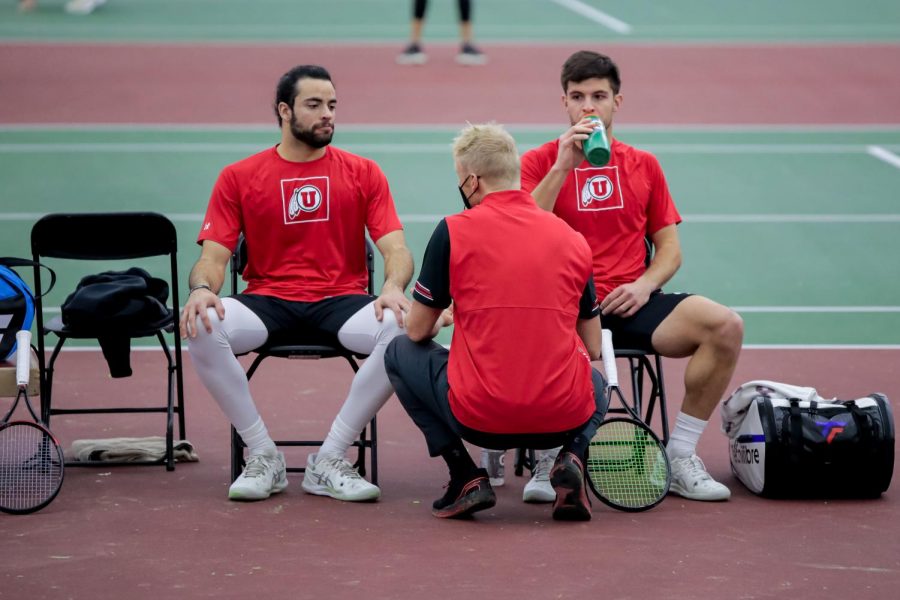 The University of Utah men’s and women’s tennis teams both hit the road this last week but suffered disappointing losses as they continually were outmatched.
Men’s Tennis
On Sunday, Feb. 28th, the Utes men’s tennis team travelled to Texas Tech and fell to the Red Raiders 0-7.

The day began poorly for the Utes as the first doubles duo of Geronimo Busleiman and Francisco Bastias lost to the Texas Tech first doubles team of Parker Wynn and Franco Ribero.

The Red Raiders continued their winning ways, picking up another doubles victory over Mathias Gavelin and Slava Shainyan. The Utes were leading their third doubles match 4-3 when it was called off due to the Red Raiders clinching the victory. Utes first singles player Slava Shainyan was given a tough matchup with the 37th ranked player in the nation, Parker Wynn. Slava played valiantly, but lost the first set 6-4, and the second set 6-2.

Things did not go much better for the Utes No. 2 player, Geronimo Buslieman. He was faced with a tough matchup from the 97th ranked player in the nation, Ilgiz Valiev, and lost in straight sets as well. Unfortunately, the rest of the Utes players lost in straight sets, rounding off a tough day for men’s tennis.
Women’s Tennis
Two days earlier the Utes women’s team travelled to Denver to face the Pioneers. The Utes lost this matchup 4-0. In doubles the Pioneers twosome of Britt Pursell and Camille Anderson bested the Utes’ first doubles pair of Emily Dush and Madeline Lamoreux in a competitive match, ending 6-1.

Anastasia Goncharova and Lindsay Hung dominated their first set 6-0, but the match had already been decided after Anya Lamoreux and Madison Tattini lost against the Pioneer’s third doubles team.

Singles went slightly better for Utah, as both Dush and Anya Lamoreux were leading their matches before they were called off. The first singles matchup was Taylor Melville vs. Madeline Lamoreux. Lamoreux played well but the luck was with Melville as she won 6-2 and 6-1 in straight sets. Anna Reidmiller of Colorado bested Lindsay Hung in their competitive 2nd singles match 6-4 and 6-3 in straight sets. The match ended with Goncharova losing to Britt Pursell.
A Look Ahead
The women’s team faces off against rival BYU on Wednesday, March 3. The match will be played in Provo at 5 p.m. MST. The intensity of the Holy War ripples through each sporting event, making this matchup a must-watch. The women have won their last 2 matches against BYU and hope to make it three straight in this in-state slugfest.

The men’s team returns home from their road outing to face Montana on Saturday, March 6. The game will be played at 12 p.m. MST in the George Eccles Tennis Center. The Utes have had a stranglehold over Montana’s tennis team winning 12 consecutive matches. They will look to make it a run of 13 consecutive this Saturday. Both of these events can be watched on Utah Tennis Streaming on the University of Utah Athletics website.