Wrapping up the 2021 Sundance Film Festival 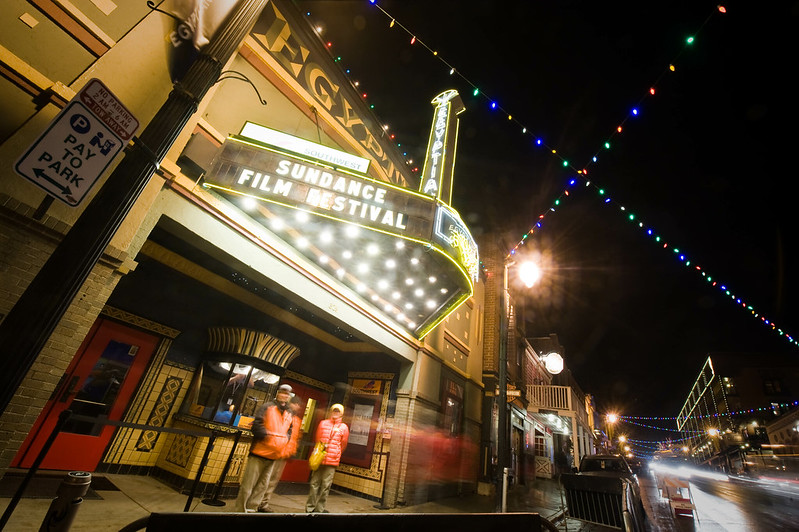 The 2021 Sundance Film Festival was unprecedented, to say the least. The ongoing COVID-19 pandemic forced the festival programming to transition to an online format instead of the traditional festivities taking place in-person in Park City, Utah. Regardless, the festival had to go on, and so it did — without any major problems. Spanning from Jan. 28 to Feb. 3, the 2021 Sundance Film Festival went on to host amazing films from filmmakers across the globe, representing multiple genres. Writers from the Arts Desk had the incredible opportunity of viewing a few of these sensational films as they premiered over the course of the festival. Here are their thoughts on this year’s festival.
Kate Button
I have only ever attended the Sundance Film Festival twice — once in 2020 and now in 2021. Last year, my days at Sundance were filled with lively events, exciting premieres and thrilling days walking up and down Main Street in Park City. Initially, I was worried about how Sundance would manage to translate these elements to a virtual stage, but I was pleasantly surprised at how rewarding the experience was. Sure, there were fewer films available to watch during the festival, but it seemed like the programming committee was more selective, and I don’t think you could have gone wrong with any of the options available. I loved the live Q&As after the premieres — they managed to replicate the intimate and friendly community that I had immediately

fallen in love with at Sundance in 2020. For the films I watched this year, I appreciated how they each related to some current event or phenomena facing the world — “Summer of Soul” prompted me to reflect on racism in the music industry as well as music’s ties to cultural revolutions; “Strawberry Mansion” inspired critiques of capitalism and powerful governmental regimes while simultaneously providing a sense of escapism in the surreal; and “How it Ends” challenged me to be more optimistic in spite of the pandemic. It’s not often you can attend a film festival from the comfort of your own living room, but this year, the intimacy of this experience made each film feel more personal, and I felt more inspired to reflect on each film’s message as it relates to my own life. It can be hard to provide meaningful experiences over a virtual platform, but the success of the Sundance Film Festival this year demonstrates that it can be done.

The 2021 Sundance Film Festival looked a little different from in years past. With limited in-person events, we got cozy and participated from the comfort of our homes. Despite the departure from festival norms, there is no doubt audience members are walking away from this year’s selections inspired and stimulated. Directors, actors, producers and Sundance staff fielded calls and questions throughout the festival, many working remotely. Despite the distance, between interactive virtual reality to zoom calls

with cast members and directors, the level of engagement was anything but lacking. Viewers had the chance to write-in questions and comments before and after films that were answered in real-time by filmmakers and producers. Amidst the altered landscape this year, nothing stopped filmmakers from taking risks and reaching huge milestones. A prime example of that was Sian Heder’s drama “CODA” which sold for $25 million, breaking the Sundance record for the highest sale of a film — previously held by the 2020 premiere of “Palm Springs.” The Sundance community has been growing and innovating for almost 50 years. This season, that community felt stronger than ever. Brought together by the common goal of continuing the festival’s incredible legacy and a passion for filmmaking, the industry showed us its best. This will definitely be a year to remember.

Cade Anderson
The last weekend in January was my first time at Sundance (and of course by “at Sundance,” I mean streaming movies online while sitting on my couch) as well as my birthday weekend. I could think of no better way to celebrate than by watching three new indie films! I’d be lying, though, if I said I didn’t feel a bit disappointed as I fought with laggy videos and a pet cat hell-bent on

disrupting each movie. Last year, I promised myself that 2021 would be the year I finally go to Sundance — I envisioned myself making the trip up to snowy Park City, in a fun outfit, with some friends, absorbing the festival atmosphere. Even though I didn’t quite get the experience I expected, I ended this Sundance Festival feeling nothing but grateful and inspired. I got to take in some stellar art that I’ll never forget.